Why Most Straight Men Completely Avoid Their Prostates

Male, female, straight, gay, giving, or receiving, many of us love taking advantage of this natural pleasure point. Surrounded by super-sensitive nerve endings, our behinds are rarely left behind when it comes to sexual fun.

Let’s talk about your butt

But what about YOUR behind.

Unfortunately, for many straight men, their assholes are off-limits. But why? Unlike the female anus, the male anatomy offers an extra pleasure point, that is of course, the prostate. The prostate is a small gland located between the bladder and the penis.

The purpose of the prostate is to secrete a fluid that protects and nourishes the sperm, creating an environment that will allow the sperm to flourish once it enters the vagina. As with other organs that are part of the human reproductive system, the prostate is extremely sensitive and chock-full of nerve endings.

With proper stimulation, men may experience intense internal orgasms through prostate stimulation alone. That’s right, imagine receiving a mind-blowing orgasm without even laying a finger on your genitals!

The prostate is colloquially referred to as the male G-spot, and with good reason. First of all, the G-spot/Skene gland is essentially the female prostate, being located around the same place in both men and women. Additionally, the male prostate orgasm has often been equated to the female G-spot orgasm!

Rather than the quick and localized sensation felt from clitoral orgasms, the G-spot orgasm is more of a full-body experience. Waves of pleasure tend to surge throughout the body, oftentimes leaving the person extremely drained yet fully satisfied.

Don’t get me wrong, localized and external clitoral or penile orgasms are nothing shy of amazing, but the elusive and somewhat harder to achieve internal orgasm is definitely worth giving a shot! For some, G-spot orgasms, like the male equivalent, are easier to achieve while for others, finding the right spot or rhythm might be a bit trickier.

The stigma of it all…

If you are wondering why there aren’t more straight men exploring their prostate, well, so am I.

Perhaps the most obvious reason as to why this practice isn’t more widespread is due to the associations of the penetrator being in a role of domination and power, while the one being penetrated is linked to the more passive and submissive role. 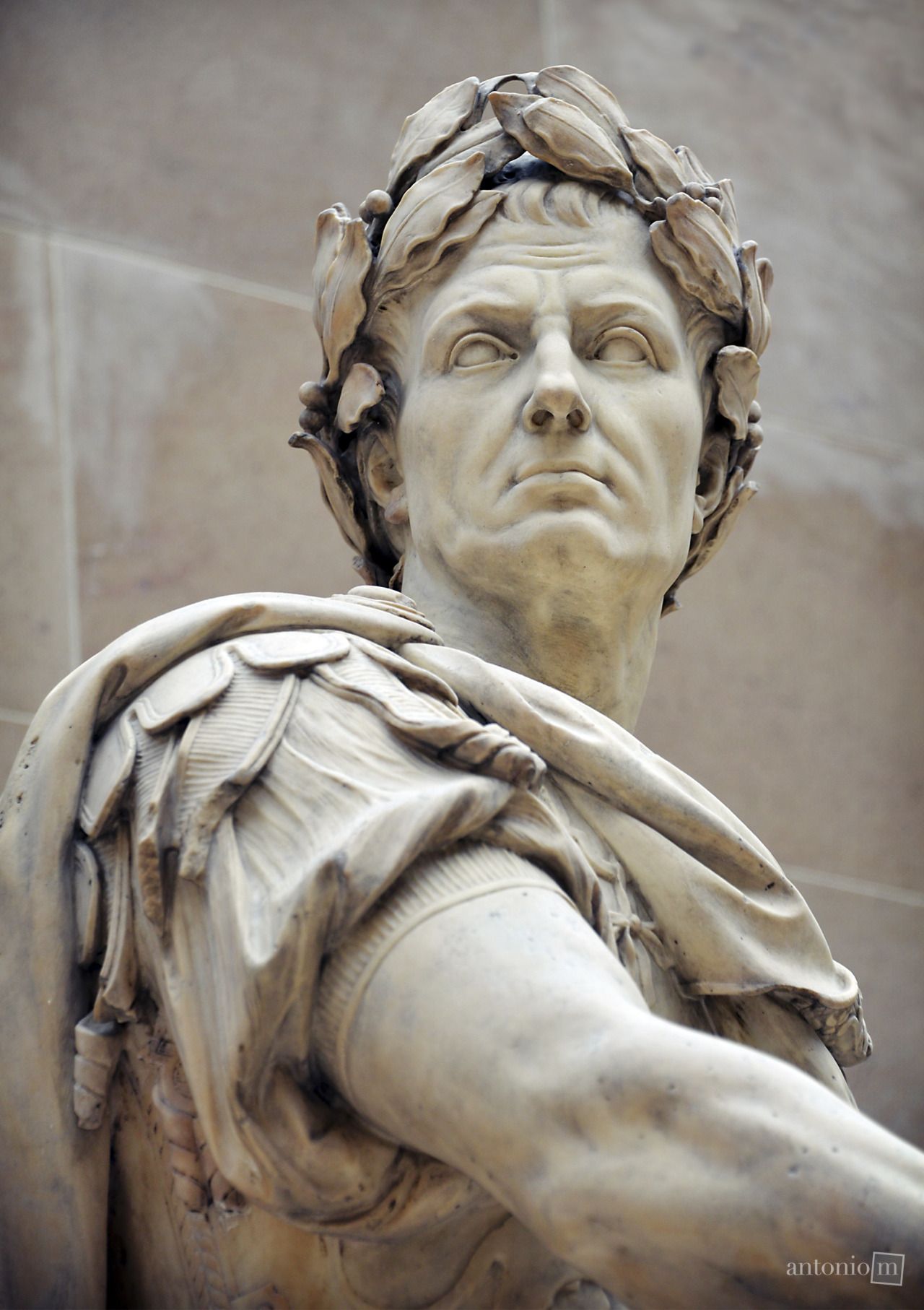 The practice was only deemed acceptable in the eyes of society if a man were to anally penetrate another man of lower status than himself such as a slave or prostitute. However, it was deemed unacceptable and deplorable for a man of higher status to take on the passive role of being penetrated. Even if the poor Roman citizen loved the sensation of getting topped, it would have had to be done in complete obscurity, otherwise, his reputation and status would have been permanently tarnished.

Whether we like to admit it or not, machoism mentalities have been engrained in us since the beginning of time. Only recently, within the past few decades, has this system been put into question. As much as we try to dismantle sexual taboos such as this one, and despite all the positive advancement towards sexual liberty and equality, many of us still hold onto these archaic associations, oftentimes without even knowing it!

If you are aged anywhere from your mid-twenties and onwards, chances are you might have been raised in an environment that typically exalts the male figure as holding the dominant and assertive role. Women, on the other hand, have been placed throughout history in the more passive role.

More than a kink

Unless being a male in submission is your particular kink, these subconscious associations, undoubtedly create a mental barrier between rationality and the wonders of prostate pleasure.

Since submission in sex is often associated with females, men will often shy away from putting themselves in this vulnerable position (just like the Romans!).

Plus, there is such a thing as being a powerbottom, which implies that you can enjoy penetration without being submissive at all. Both men and women can be tops, it’s completely independent of what goes inside of them!

Plus, prostate stimulation comes with a host of sexual and health benefits!

The fact that some of us in today’s modern world share these ancient ideologies just goes to show that we definitely have some work to do.

No, actually it’s not. Nor will it turn you gay. Experiencing pleasure form a different and novel area of your body has nothing to do with sexuality.

In order to completely abolish these stigmas and associations, it is important to make conscious efforts at changing the way we view and perceive sexual practices. The more we hold onto these absurd and outdated ways of thinking, the more men will miss out on the potential bliss that these orgasms can produce.!

Lelo, a popular luxury Swedish sex toy company concluded that 71% of their participants (targeting hetero men specifically) would be willing to give prostate play a shot! These numbers are outstandingly high given the generalized stigma that surrounds the practice.

From personal experience, after having asked many straight guys about their willingness to try prostate stimulation, the majority of males deny that the thought has ever even crossed their minds, let alone would they be willing to try it.

Although the numbers from this Swedish study seem promising, the accuracy of these results may be skewed by outside factors. Perhaps the anonymity of the census and the sexually forward and open mindset of the Swedes act as peripheral factors in favor of the equation. Needless to say, even though these numbers are on the higher side of the spectrum, the bottom line is that all heterosexual men should feel comfortable and open about exploring their own bodies, not only 71% of them.

Assuming the numbers from this Swedish survey were 100% accurate, that would still mean that there are still 29% of men are firm on their aversion to experimentation and are thus missing out on mind-blowing, intense prostate orgasms!

If you are curious yet squeamish about putting something into your behind, perineum massages may be the answer. The perineum is the name given to the area of skin that lies between your anus and scrotum. It is an external part of your body, yet its distance to the prostate is mere inches away. That means that with proper pressure and with the right massage techniques, you may be on your way to stimulating your prostate externally!

Even if the full capacity of the prostate orgasm is not achieved, many men have admitted that the intensity of their orgasms drastically increases during perineal massages.

It may take time to determine the right amount of pressure needed and the particular spot that tickles your fancy, but with a little bit of practice, you should be on your way to better orgasms in no time.

If you’re feeling a bit more adventurous, there are some very small yet effective toys ( Aneros being the leader in that field ) that are also available to help you achieve this goal. 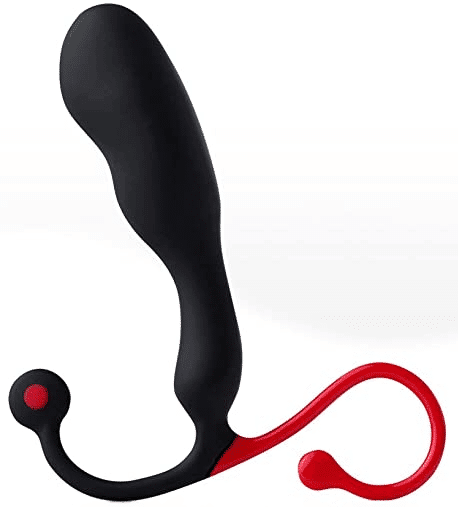 Plus, if you really don’t want to put anything inside of you, pressing a massage wand against your perineum can be quite exhilarating as well as they are usually powerful enough for the vibrations to reach your prostate!

All this to say that whether we choose to abide by these stereotypes or not, these ideologies, unfortunately, have always existed and continue to exist all around us.

For many, chivalric tendencies still seem to dictate the “proper” way of how a man and a woman should have sex. It is our job as a modern society to break free from these constraints that sexually repress us.

Whether this practice is to your liking or not, the most important thing to take away from all this is that no stigmas should take away from the potential pleasure you could be experiencing. In order for this practice to be more widespread and acceptable, we as a modern society, need to do our part in dismantling the false association with prostate play.

Next time someone interjects with, “but that’s gay!” make sure to question them, and please enlighten those around you on the power of the prostate!