When you go to the hairdresser’s for a haircut, it’s helpful to bring a picture of the cut and style you want. When you want to enter into an S&M relationship, it’s helpful to have a movie you can point to to say, “That. I want that.”

Secretary is That. At least, for me. And I’d bet there are plenty out there who would agree with me.

First of all, these characters are incredibly awkward and weird. Like, not in a “quirky” or “cute” way, but in a way that makes you feel like there’s no way you could be more awkward than them. What a relief! If they can be as weird and awkward as they are and still find love, there’s hope for the rest of us.

This movie is full of long, weirdo stares and heavy breathing. Even though these things are usually total mood killers in real life, in the movie with these characters as they are, it just works. The chemistry between the two of them is everything and it shows a kinky and awkward sort of love.

As their story progresses, their weirdness reaches a fever pitch but by then, you’ve gotten into their bizarro world for nearly 2 hours and you’re fully committed. Wetting-your-pants level of commitment, in fact.

Move over 50 Shades, there’s a MUCH better Mr. Grey and he’s played by James Spader. 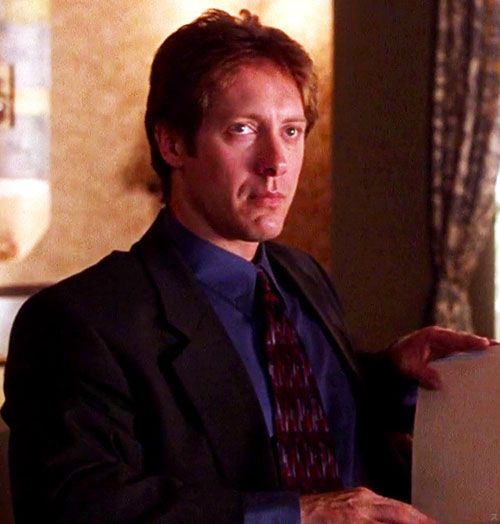 You know, that douchey rich prick from Pretty in Pink. Turns out he’s a master of portraying a diverse set of eccentric and weirdly obsessive characters. This particular talent may be related to his personal connection to those roles. James Spader lives with obsessive-compulsive disorder and as such, has a long-standing, first-person relationship with intensity.

This intensity is part of what makes his portrayal of Mr. Grey so sexy. Another part is the complexity that he brings to the role. He knows that no human is entirely one thing, but that we all have certain buttons that force us to react in specific ways. It’s this complexity that allows us to empathize with his character and even root for him despite his extreme neuroses. We want him to overcome his shyness and abused deeper self to enjoy love in a way that is satisfying for himself and Lee.

While his domination over Lee is at times jaw-dropping (and panty-dropping!), he clearly cares for her deeply. It’s touching really, in a very messed up sort of way.

Maggie Gyllenhaal is such a devious little sub

I love Maggie Gyllenhaal. If I ever had a chance to see her in person, I would 100% hit on her. Or at the very least, stare awestruck at her beauty. It would be an absolute disaster. I could not handle that level of hotness gracefully. 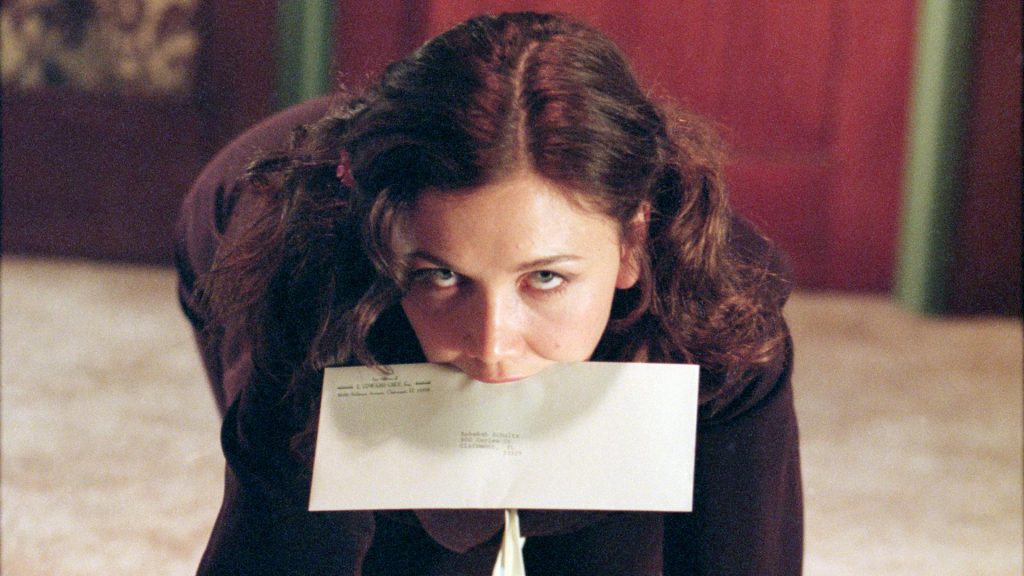 She plays Lee, a shy and emotionally abused young woman who is desperate for an escape. She’s awkward and unkempt and brave.

When I saw her, I recognized that fearful posture; how she carries herself. I know that pained look on her face when she stops herself from self-harming. I understand the need for pain to release something inside you. I’ve been a sex kitten with one person yet felt trapped into settling for something “nice” with another.

I think a lot of women feel pressured to fit into a narrow definition of a happy life. A lot of people feel that way. When you’re around the right person (or people), a fire is lit within. It’s palpable and demands that you keep fanning that flame. Stoking that fire. Rubbing those sticks toge-….you get the point.

It is through her relationship with Mr. Grey that she grows up and transforms into a confident woman who asks for what she wants.

Early on in the movie, it’s established that Lee self harms. I hadn’t looked up a synopsis or any reviews in advance of watching this movie, so I was completely surprised by it!

At first, I was on edge. Not another self-harm movie! Will this be triggering? Will it be offensive? Should I turn this off right now?

I used to self-harm. One could make an argument that I still self-harm, but it’s been a long time since I intentionally scraped at my wrists. So, when I saw how Lee ran straight to her self-harm kit and chose a sharp but atypical cutting tool to release her pain. I recognized it. I remembered all the pen caps, guitar picks, bobby pins, or heck, even just my own fingernails that I used to bring on that release in the sting. The point was not to die. It was to feel pain and release it.

Often times there will be a connection made in films between self-harm and S&M, but I find most portrayals disappointing. I don’t know for certain what that connection is on a larger scale, but I know that my own relationship to pain is more than just punishment. In fact, almost none of it is. It’s about strength, resilience, and triumph; over myself and my situation; and this movie showed that.

Obviously, it’s a bad idea to hit on your secretary. There’s a power dynamic there of boss and employee that makes refusing sexual advances much harder than normal and refusing men as a woman is already a scary experience. This movie is a fantasy. DO NOT MAKE SEXUAL ADVANCES ON YOUR SECRETARY.

Once you accept this movie as a detailed and realistic cinematic fantasy, rather than a recreation of real life, it becomes a lot easier to enjoy the movie. Though, other than their work aspect to their relationship, the whole affair manages to remain pretty ethical and mostly driven by Lee, the submissive, as it should be.

Mr. Grey seems to possess that unlikely but highly desirable quality in a dom of knowing exactly what your sub needs from you and doing it without thinking twice. Unless you happen to be pondering your feelings. In that case, think more than twice. Think for 3 straight days while your subtests the limits of their devotion. Hot.

The moment where you actually start developing a bond with Mr. Grey and begin to see him as a sympathetic character, is when he gives Lee permission to enjoy a walk. She’s having a rough time and he insists that she take the afternoon off and walk home. His permission allowed her to fully enjoy her walk, guilt-free.

This scene shows the beauty of having your dom order you to enjoy yourself. So many people have huge guilt complexes around joy and pleasure. It feels selfish and undeserved. Sometimes you need someone with power and authority to give you permission.

Yes, sir. I will take a break from work, guilt-free, to enjoy the beautiful day. Thank you.

I think any scene with Maggie Gyllenhaal feeling herself is probably going to win my approval automatically, but these scenes are actually worthy of praise. Even with the hilariously low-budget fantasy-sequence effects of the late 90s/early 2000s, these scenes manage to be absolutely thrilling.

Near the end of the movie, Lee has been starving herself and sitting in her own filth for 3 whole days in order to obey Mr. Grey’s wishes. When he finally decides to accept her love and devotion, he arrives, smoothie in hand, that he gently brings to her weak lips, knowing full well that her body wouldn’t be capable of eating a normal meal after such a long fast. Then he picks her up, even though she is covered in her own urine and probably reeks, without a trace of disgust, and carries her to his home where he lays her down on a literal bed of grass like the delicate flower she is in that moment. What follows is a long and sensual montage of gently cleaning and worshipping her body in a deeply loving and devoted way.

Spank You Very Much

And it did it all while delivering a very satisfying spanking scene.