Chemsex, also referred to as Party and Play (PnP) is the practice of high-risk sexual activities while under the influence of certain recreational drugs. This practice has become a dangerous subculture in recent years and is rapidly growing in popularity around the world, especially in Europe.

To some, this oversimplified definition of chemsex may sound pretty harmless, right? I mean, who hasn’t smoked a joint with their partner and had some pretty decent sex? Many of us have experienced euphoric and blissful sex while high. However, chemsex is much more than that.

Chemsex may be practiced by anyone regardless of their sexual or gender identity, however, is it most commonly practiced by gay men within a party setting or through anonymous dating app encounters. It is often associated with unprotected group sex, but it is also commonly practiced in one-on-one encounters as well. Chemsex is also known to be done in binges. This means that a single session can last for several days on end. Despite the plethora of risks associated with PnP, the practice continues to increase in popularity around the world. 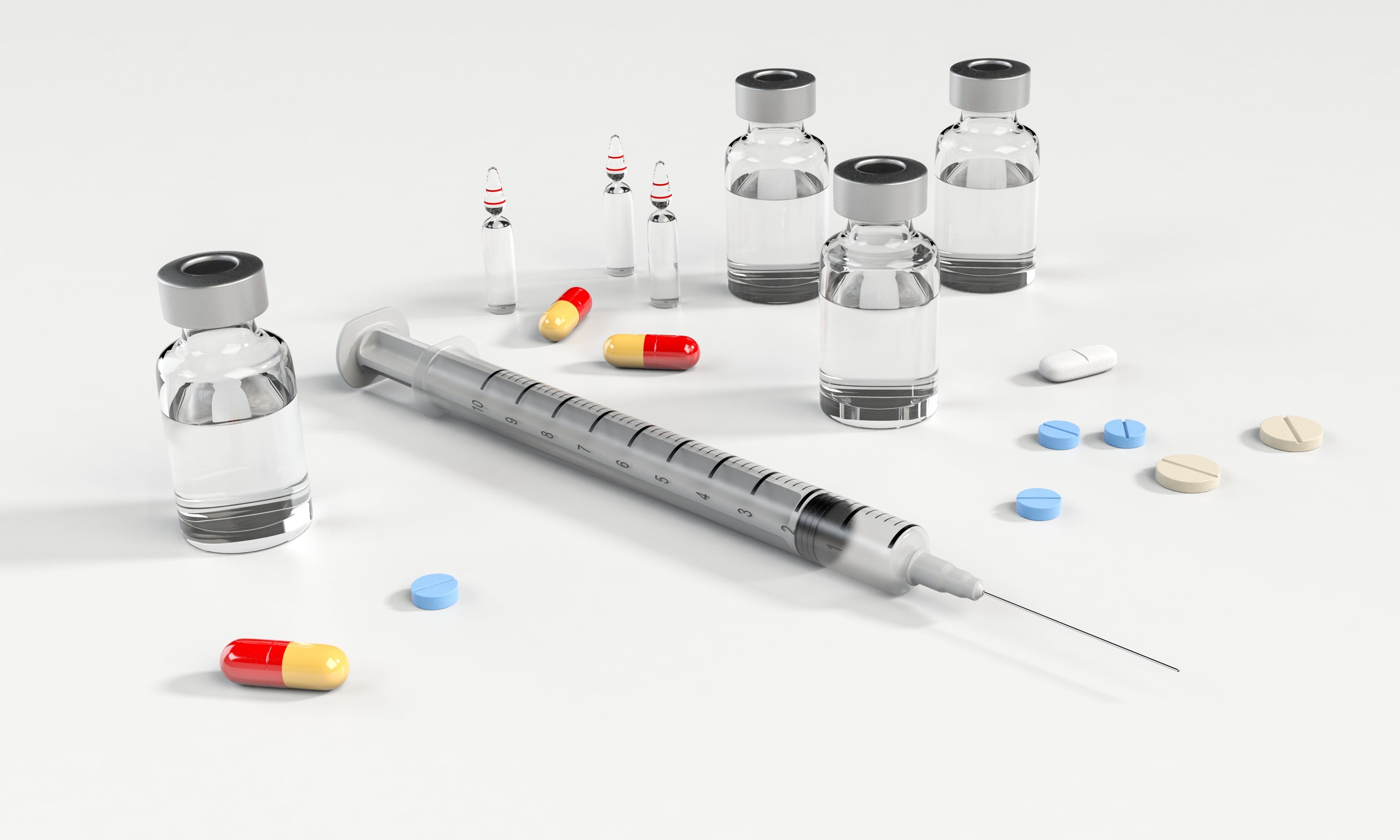 The most common drugs used within the PnP realm are methamphetamines, GHB, mephedrone and alkyl nitrites, or poppers. Most of these drugs are commonly referred to as uppers and are long-lasting substances that greatly decrease inhibition and increase wakefulness. These drugs will make the user experience hours of increased energy, euphoria and many will also experience a heightened sense of arousal.

Gamma-hydroxybutyric acid, more commonly known as GHB, is statistically the most common drug used amongst PnP participants. Unlike other popular drugs in the scene, GHB is a depressant or downer rather than an upper. Despite this classification, GHB is perhaps so popular because its effects of euphoria, disinhibition, and increased libido all play very well into the party and sex scene. It is often used in tandem with an upper in order to enhance and amplify the overall high. It is a potent intoxicant that can be taken in either powder or liquid form. Users often describe the sensation as being in between the feelings one experiences with alcohol and MDMA. GHB is also known to produce slight sedative effects which may facilitate intercourse.

The dangers of disinhibition

With HIV on the rise, the PnP scene poses both a danger to its immediate participants as well as the general population by means of the spreading of the virus. This is not to say that anyone who engages in these activities will contract the virus automatically. It is simply to say that with the use of certain drugs comes a lack of inhibition which is likely to induce irresponsible choices such as unprotected sex.

Along with this lack of proper judgment also comes the very real risk of overdoes. In the midst of emotional and physical euphoria, as well as sexual gratification, it is not easy to say no to prolonging your high. When this blissful high begins to fade, there is no feeling more unenthusiastic than when ecstasy turns into normalcy. This will often lead participants to indulge in more and more chemicals.

As previously stated, it is not uncommon for sessions to go on throughout the entire weekend and perhaps even longer. Adding more harmful substances to a body that is most likely already suffering from symptoms of fatigue, dehydration, and lack of nourishment is a dangerous risk to take. Uninhibited participants may possibly ingest one dose too many for their already feeble system to process.

A fairly recent study conducted in London between 2014 and 2015 showed an incredulous 119% increase in GHB-related deaths, with GHB being the most common drug used during chemsex. These results include all cases of GHB-related deaths including those which were unrelated to PnP encounters. Another study, focusing on 61 cases of GHB-related deaths concluded that one-third of the subjects tested positive for HIV. This could, of course, correlate to the higher than average consumption of GHB in regards to the Chemsex scene. 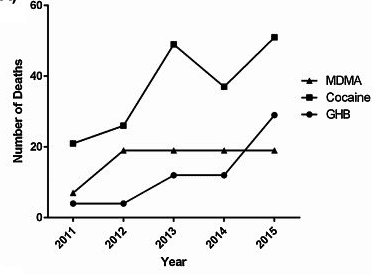 Aside from the possible fatal effects that a PnP session may bring forth, if chance has it that you do not overdose on the drug concoction that you’ve been ingesting all weekend long, negative effects will surely intertwine into your habitual daily life. After being on such an exhilarating high, you will certainly come down. Hard. Depression, anxiety, paranoia and even hallucinations are all common side effects following an intense drug binge. The brain’s reservoir of “happy chemicals” have been used up and your body will need some time to recover. So if you decide to participate, remember that the harder you indulge, the harder it will take to get back into your normal routine. 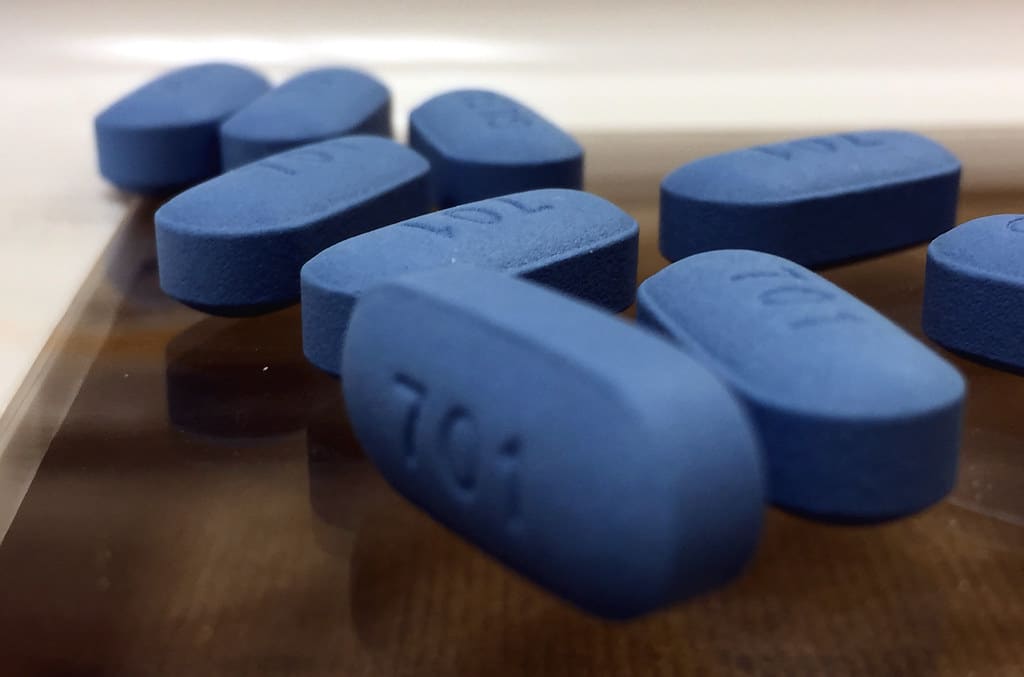 With the rapid advancement of science and medicine, those who are at a higher risk of contracting HIV luckily have a preventative option that they can opt for. PrEP, or pre-exposure prophylaxis, is the use of drugs in order to prevent or ward off the HIV virus before exposure. It is not a cure for an already existing case of HIV. Rather, when taken daily and continuously, it can effectively prevent the contraction of HIV. Studies have shown that PrEP has a 90% efficiency rate when used to prevent the contraction of the virus through sex and a 70% efficiency rate when used to prevent contraption through the injection of needles.

Many men who are into the chemsex scene are either already taking the medication or are likely to have considered it at one point or another. In terms of the contracting and spreading of the virus, PrEP can be a lifesaver for many. However, along with this seemingly miraculous pill comes some downsides. Firstly, knowing that you are taking a drug that will almost abolish your chances of contracting the virus will undoubtedly have an influence on the decisions you make. Users of PrEP may be more likely to engage in risky behavior while feeling invincible to the virus and are more likely to abstain from using condoms. This is not ideal and quite dangerous because PrEP does not decrease one’s chances of contracting other sexually transmitted diseases and infections.

Continue the sessions without the fear of HIV on one’s minds may subconsciously lead to a stronger sense of disinhibition. This may, in turn, lead to a higher risk of overdosing. When throwing your worries to the side and living in the blissful moment, the chance of taking a bit too much definitely increase.

All this being said, PrEP is a scientific advancement worthy of praise. It is extremely beneficial to many and is likely to decrease the spread of the HIV virus drastically. Yet one should always do their research before deciding whether or not PrEP is the right option for them. If PrEP is the right option for you, be aware that it is highly more effective when used in conjunction with condoms and safe sex!

Indulging in one of these binges may seem like a great idea at the time, somewhat of a vacation if you will. However, an adult shying away from his responsibilities for a few days can certainly bring forth detrimental effects on his life and relationships. Friends, family, relationships, work obligations along with other necessities of adult life may be negatively affected by this practice; especially if it becomes habitual. If you are to participate in a chemsex session, it is always a good idea to set reasonable limits for both your time and drug intake beforehand.

Be cautious and understand that addiction is very possible. It is very easy to get swept into a vicious cycle of pleasure and pain. Simply be aware of the risks. Start slow and do not get carried away by the high. Once the high begins to fade, take a moment to evaluate how you are feeling before going for more. Consider your options and make sure to only make decisions that make you feel comfortable and at ease. Do not feel pressured to take substances if you do not want to. Do not feel the need to catch up to your partner if he has ingested more than you. Remember that everyone’s body processes substances differently and tolerances vary from person to person.

If you are feeling ill, stop and evaluate your symptoms. If you begin to feel anxious, try to calm yourself down with breathing exercises. Explain to your partner that you need a break and make sure to stay hydrated by having a filled water bottle handy at all times and perhaps have a pre-prepared snack to give you a boost of energy.

It is very important to feel comfortable with whomever you are sharing the experience with, especially when under the influence. Seeing that many of these encounters are done amongst strangers, it could be a good idea to get to know the person first by going on a few dates beforehand. This way you can judge whether or not this person makes you feel at ease. If the vibe is off, they may not be the right person to play with.

These statements are not meant to condemn the chemsex scene. They are merely a few guidelines that one should always consider before partaking in a session. Statistically the dangers of chemsex are on the rise, however, just like with any risky sexual activities, there are always ways of reducing the threats associated with whichever practice you are enjoying. Be safe, be smart and protect yourselves, folks!