What’s at the Core of Your Kinks? Everything you need to know about CEF

My boyfriend and I were having a problem. It had been months and unlike the multitudes of other carefree queer men in the city… we were not fucking.

Walking through the warming spring streets of the city, we couldn’t keep eye contact. I should have recognized that as an inauspicious omen; if we were too uncomfortable looking at each other while talking about sex, how were we supposed to be comfortable having sex with each other?

“I just… don’t take this the wrong way,” he hesitated, “I love you. I really enjoy hanging out. You’re attractive to me, but… I just don’t feel the chemistry, you know? Sexually, I mean.”

I cleared my throat. Was I going to cry?

To be fair, he was being honest. It felt like we had been distant for months, skirting around our sexual awkwardness. Here he was, finally opening up about why we haven’t been knockin’ knees like a couple of hormonally ravaged queers at camp, and I was taking it like a personal insult. I really didn’t want to punish his honesty, but couldn’t keep from blubbering a bit.

“We just seem to have different interests sexually,” he continued despite my discomfort, “I want to want you, but it just feels… forced. I can’t understand why I’m not into you like that, but I’m just… not.”

It was painful, but I understood. Our intimacy often felt that way, like a chore or working out with a hang-over. When I’d make a move, he’d deflect like an expert ping-pong player, knocking the “I want to hook up with you” ball back at me with a comment about stomach aches or not being in the mood. When he pursued me, I felt uncomfortable and phony. All in all, I felt deflated and began to doubt my own sexual prowess. It was the least sexy cycle to be in (and I’m including unicycles in that).

Ultimately, my partner and I broke up. We made many attempts at trying to reconcile our disconnection, but we simply couldn’t. We’re still friends, and I’ll confidently assume that we’re both much happier this way. Somehow we’ve met in the middle, not as lovers or enemies but as comfortable cuddle pals. That’s a rarity for me, because I enjoy cuddling as much as I enjoy going to the dentist, which is to say… only when required.

For months, I was mulling over his words. He was right. We had very different sexual interests. While I often wanted to have some thrilling and exciting power dynamic happen, he was more focused on novel sensations. Realistically, I accepted that my desires were different than his and would always remain separated.

It took some time but as our relationship transitioned from romantic to platonic, so did my understanding of the situation.

I kept coming back to that same question though: how could two people who love each other and find each other attractive still not feel any sexual desire? Wasn’t sexual chemistry simply a fun by-product of the rest of the feelings we had for each other?

The answer came gradually and built to a climax. Weirdly enough, it happened after the Taboo Show in the heart of Montreal’s slushy downtown core. 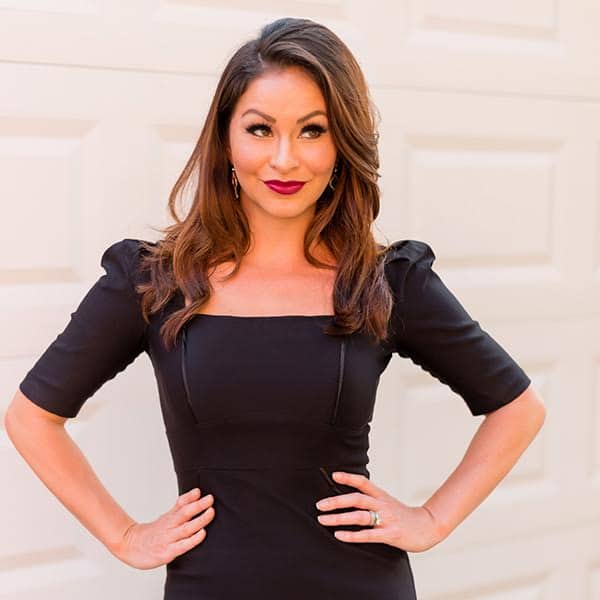 One sexpert caught my attention in particular: Dr. Jessica O’Reilly. Unwilling to pull myself away from the vendors, my fellow writer Anna Franco dragged me to one of her seminars. What happened was surprising: I was happily caught between her wit, knowledge and the ASMR-inducing graphics that subtly simulated different pleasuring techniques. It wasn’t until I noticed Dr. Jess consistently using gender-neutral language to refer to people that I was 100% sold.

Dr. Jess had power and presence, and damn. She knew how to wield it.

Anna and I went to a total of three Dr. Jess seminars. Needless to say, it was a blast. I still wanted to hear more though, so on the way home, I listened to her podcast Sex with Dr. Jess. It was one episode in particular which caught my attention: One “Trick” To Revolutionize Your Sex Life.

“Heck, I’m a millennial,” I thought, “I’m genetically obligated to be turned on by revolution. Let’s see what she has to say.”

I almost leaped out of my plastic subway seat. Eureka! This is what I wasn’t understanding when my ex and I couldn’t seem to be interested in each other in the bedroom (or any other room, for that reason).

We were speaking different sex languages.

Dr. Jess describes it as the essential feeling one is looking to invoke or enhance during sex. It’s what’s necessary for that person to feel totally and completely engaged in sexual activity. Otherwise, it becomes a way for them to continue mentally writing a grocery list in their head.

Let’s take a few kinks, and reverse-engineer them into being understood as a CEF. Kinks like:

However, like most things in life, it ultimately comes down to you in order to make those desires known to your partner(s). Two people can enjoy the same type of kink for very different reasons. For example, two people might enjoy being tied up in bondage but for one person it’s about being dirty and humiliated, and another person just enjoys being forced consensually to do something in a way that liberates any sense of guilt or responsibility.

How to find your CEF

You have to uncover why you find whipped cream and popping balloons so titillating, and share that with your partner(s)! They will not be able to guess what emotional state you’re seeking. They’re not a mind reader! You have to do some personal exploration, and come back with those results. Think of it as your sexy homework!

On the note of homework, let’s take a typical dynamic of the naughty student and stern professor. There’s plenty of people who indulge in this kinky scenario, and for a variety of novel reasons. The person who enjoys playing the submissive role might truly enjoy being demure and subservient in sex, as it plays into a Core Erotic Feeling of being “useful” or “needed” in some way. For the naughty professor, it can be exhilarating to exert some kind of control over another person and have them quake under your discipline. Maybe that person is looking for a sense of control during sex, in order for it to really go to the next level!

You have to dig deep into your past experiences and fantasies and uncover those delicious fossilized pieces of sexuality. Don’t pretend you don’t have those thoughts. You know, the fantasies that you revisit when you’re bored at work or on public transportation and Mr. Constuction Dude has his sweaty armpit in your face.

There’s no shame, most of us have them (fantasies, not armpits… wait, those too).

So tell me… which fantasies are you coming back to, again and again?

Now try to piece it all together. I’m all about mind-maps, so I tend to use any opportunity to graph out my emotions like the nerd I am. I try to brainstorm the exact pings of excitement I get out of particular experiences, then write down the possible CEF.

Here’s the fun part: combining CEF means experiencing interesting and unique scenarios. Is your partner into feeling subversive, and you’re into feeling powerful and worshipped? Create a fantasy around that! Get those creative juices flowing, and come up with a fun scenario where both of you get the best of both worlds. You can be a powerful dominating monarch, ruling over your faithful serfs with a sexy iron fist.

Who knows, maybe all those hours spent watching Game of Thrones will help you get inspired! Maybe you have a “shame” CEF, and need to incorporate more “shame bells”. (That was a GoT joke, I’ll be here all night folks!)

So, of course, I brought this theory up to my ex-partner. He was intrigued, and we both brainstormed the ways we differed.

Now, this story doesn’t end with us reconciling our differences and hopping into bed together. This isn’t a 90s rom-com. Instead, we were able to build on our shared experiences to better understand ourselves and ultimately each other a little bit more. I understood that I wasn’t necessarily failing to meet his expectations, but rather, he wasn’t even aware of his own needs until we retrospectively examined them together as friends.

So go forth! Explore and expand on your personal sex palate, and you’ll soon be an expert in your own sexual fantasy menu in no time.