Never Too Late: Women Who Fall in Love with Women in their 30s and Beyond

The woman who taught me to parallel park was the wife of a professor of mine— in fact, they were the first lesbian couple I’d ever known. Over the course of a few days, as she taught me to park, she told me about her life. While my prof—a leather-wearing motorbike-riding judo champion and photographer—had been out since her teens, her wife, a soft-spoken former high school librarian, had spent most of her life in a desperately unhappy marriage to an abusive man. She was in her forties with three adult children when she finally left that relationship—not long thereafter, she was as surprised as anyone to find herself falling head over heels in love with a woman.

Not an uncommon experience

When I asked whether she’d always been attracted to women, she hesitated—raised in an evangelical Christian household, she hadn’t really thought about her sexuality before, or even during, her first marriage. Sex had been a duty, something her husband demanded and she felt a responsibility to give him, whether she enjoyed it or not.

Now, happily married, and very attracted to her wife, she was inclined to say that she had never been attracted to men. Her story was great by any standards, but for me, a not-yet-out queer woman in my early 20s, it was captivating. When I first heard it, the story seemed unique, but as I grew up and came out, I met more and more women with similar stories. Coming to queerness later in life, it seems, is not an uncommon experience for women.

A heavy burden of proof

Women who had their first sexual experience with another woman when they were in their late 20s, 30s, 40s or older cite a number of factors. Not least among these is the almost inescapable assumption of heterosexuality. Queer people are presumed to be straight until we prove otherwise—and that’s a heavy burden of proof given that bi, pan and other people whose sexuality falls outside of strict binary categories are often dismissed or assumed to “really” be gay or straight depending on the apparent identity of whoever they’re dating at any given moment.

Women are primed to expect a certain level of misery in their relationships with men. Men are difficult, we’re told, and relationships are hard work. Men tend to benefit more from heterosexual relationships than women, who take on the lion’s share of emotional labor and household management, on average ending up in worse mental and physical health than if they were single. Since women are often taught that it’s selfish or unrealistic to prioritize their own pleasure during sex, quite a few women I know struggled for years to figure out whether they were having normal, rubbish, heterosexual sex, or whether they actually disliked sex with men because they were gay. For some of them, this uncertainty, and our culture’s deeply rooted homophobia led to decades of unsatisfying heterosexual relationships before they worked up the courage—or the desperation—to try dating women instead.

Other friends of mine enjoyed genuinely positive, loving connections with men in their teens and twenties, but found their sexuality and interest shifting over the years, or simply felt more confident and comfortable with themselves and wanted to explore their attraction to women. This includes a number of trans women, who found themselves wanting to explore their sexuality as they became more and more comfortable and happy during their transitions. The confidence and improved mental health that came along with finally living as their true selves gave them that freedom, whether it meant exploring relationships with women, men, nonbinary people, or all of the above.

Researchers have actually studied changes in self-reported sexual orientation during the transition, with one small 2014 study showing 32.9% of transfeminine people and 22.2% of transmasculine people experienced some change in their sexuality while transitioning. These changes obviously include far more than just trans women who find themselves newly attracted to women—this increased sexual fluidity covers any number of shifts in interest and desire. But as a cis woman with a very fluid sexuality that has shifted and continues to shift over my lifetime, it’s fascinating and more than a little uplifting to know that I’m not the only person who experiences attraction differently at different ages and under different circumstances.

If I sleep with men, I can’t be a lesbian

I spoke to a close friend who had her first sexual experience with a woman this past year in her late 20s. She says she always knew she was attracted to women, but growing up in a homophobic environment, she did everything in her power to hide it from her peers, and from herself too.

“I always knew but was in supremely heavy denial and fear. I have a specific memory of grade 9, this girl…walked to the front of the class to get her homework and I was mesmerized by her butt the whole way, then very aggressively started saying ‘You’re not gay, it’s normal to look at butts!’”

She sees her relationship with her first boyfriend as a manifestation of her denial—if she had a boyfriend, after all, she couldn’t possibly be a lesbian. That pattern continued into her mid-20s, when she used alcohol and hookups with dudes to try to convince herself and those around her that she wasn’t gay. In her mid-20s, she came to identify as bi when a friend told her she didn’t need to have hooked up with a woman to be queer. After all, no one tells a straight virgin they’re not really straight because they haven’t had sex yet. But it wasn’t until she was in her late 20s when, after a lot of soul-searching, she finally concluded that she was actually a lesbian, that she felt comfortable enough to start dating and sleeping with women.

“I really didn’t want to use someone as an experiment,” she told me. That’s something that I’ve heard from a lot of women—this reflects at least in part a desire to behave respectfully and kindly even to casual romantic partners. But I wonder if it may also reflect our culture’s tendency to downplay the seriousness of women’s attraction to other women and to try to convince women that we can’t trust our own desire, causing us to put off experiences that might well change our lives for the better. We expect a level of certainty from ourselves that may be hard to achieve when we’re talking about something as nebulous and complex as sexuality.

I was struck by what my friend told me about the voice in her head that tried to convince her she wasn’t a lesbian—I remember a similar voice in my own head when I was younger, telling me that I wasn’t bi, that it was too statistically unlikely to be the case. 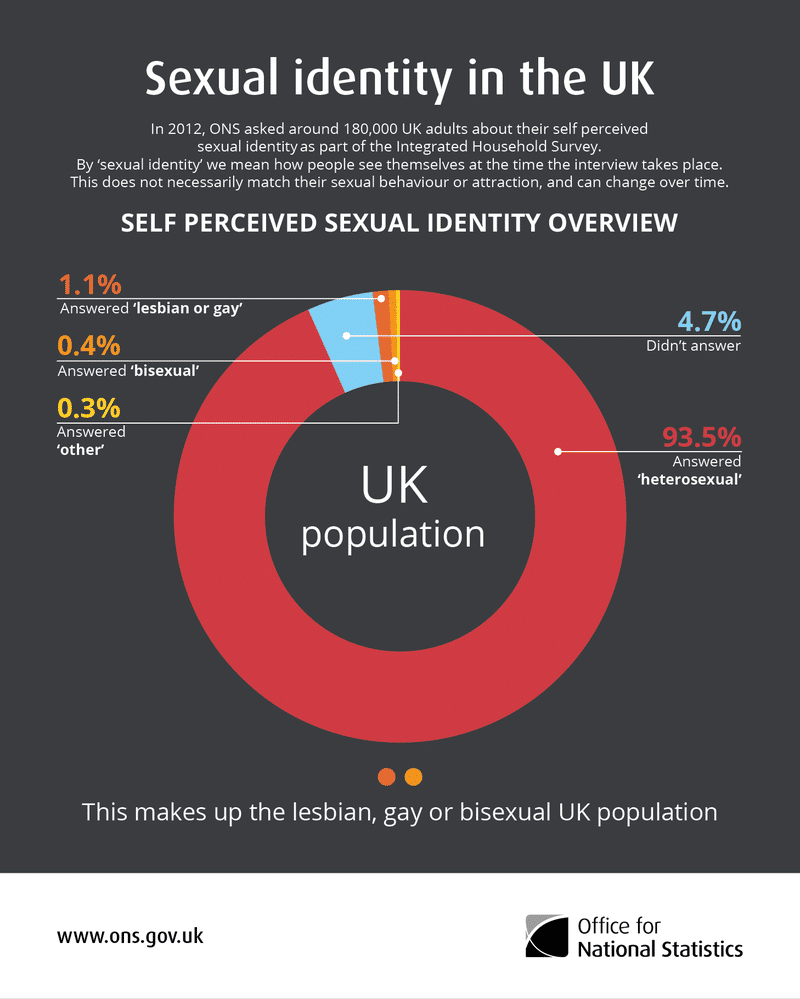 The voice of her internalized homophobia made similar claims, as if statistics could undercut the reality of our experiences. This is another experience that seems to be widely shared among queer women. It’s hardly surprising—women spend so much of our lives being gaslit, told that we’re unreliable narrators of our own experiences, that we internalize those messages, policing our own desire before anyone else gets a chance to. In that cultural climate, it’s a testament to women’s strength and resilience that we find our way through it at all, no matter how old we are when we manage to do it.

Coming out is never easy, but it’s not as hard as you think

There’s something very encouraging in knowing that women are exploring their sexuality, discovering new things about themselves and falling in love with each other long past the time when we’re “supposed” to have settled down, in our lives and our identities. In my communities, there are dozens of women at every stage of life realizing that they are not nearly as straight as they supposed—some of them have never had a long-term relationship, and some of them have been in committed heterosexual relationships for years, with multiple children.

The process of figuring out is often not easy, especially for women who have made families with men and who now find themselves having to negotiate their long-standing, intimate relationships with their new, emerging identities. And even for women who aren’t in relationships with men, coming out is never easy, and can be especially scary if they feel like they’re doing it later than most. The majority of young LGBT people are now coming out in their teens and early 20s, so it can be easy for people who are older than that to feel like they’ve missed the boat.

But women are still coming out and finding partners in their 40s, 50s, and beyond—and it’s a nice reminder that it’s never too late to live the life that will make you happiest. I was there the day my professor and her wife, the first lesbian couple I’d ever known, got married, shortly after same-sex marriage was finally legalized in Canada. Her wife, in her late 40s at the time, had intended to wear something simple and low-key, not wanting to make too much of a fuss about getting remarried so late in her life, but in the end, couldn’t resist a huge white wedding dress. My prof looked dashing in a well-cut tux and perfectly applied eyeliner, and she wiped away tears as her wife-to-be walked down the aisle. I’ll never forget the way they looked at each other, their hands clasped, as they were married—they were radiant.