So, I saw this TikTok by @iamrukiat about a sexual practice in Africa:

As a sex journalist, I found this absolutely compelling. I had NEVER heard about this practice, and I’ve heard of a lot of things. I’ve been around. I’ve seen some stuff.

Not only was I impressed that I was learning a NEW thing about SEX, but I absolutely loved that it focuses on female pleasure. As a westerner, I was so used to sex trends being phallus-centric. Penis knowledge was widespread, but vaginas remained a mystery.

The more I looked into Kunyaza, the more amazed I was that there was so little press on this. But you better believe I watched hours of Kenyan talk shows on YouTube to learn more. There’s not a lot out there in English, but I did watch Sacred Waters which is a great documentary about the practice in Rwanda.

The word Kunyaza is actually derived from the verb kunyaàra, meaning ‘to urinate’, but in a sexual context, we’re not literally talking about actual urine.

What they’re really talking about is the Kunyaza technique that leads to explosive orgasms for their partner’s vagina. Kunyaza brings about female ejaculation, or ‘the waters’, and is an important part of Rwandan sexual cultures. It’s not just Rwanda though. This practice is also present in Burundi, western Uganda, western Tanzania, the Democratic Republic of Congo, and Kenya.

This practice has been suppressed indirectly by the condemnation of a related practice – gukuna imishino, or simply gukuna. Gukuna is the practice of labia elongation, often referred to as “pulling” and has been classified as female genital mutilation by WHO in the past, but has since been amended to ‘modification’ rather than mutilation in 2008.

Gukuna, or “pulling”, is practiced by women in Rwanda, Uganda, Zambia, and the South Pacific. Girls as young as 8 are taught how to pull their labia minora, often using local herbs meant to soothe any swelling. The girls continue pulling, often with a little help from their friends or older women in their families and community. It’s bonding, like waxing your sister’s legs. It hurts, but ultimately according to them, it’ll help your sex life.

Now, there are very good reasons why there are people speaking out against this practice. Some girls are forced into this practice against their will, or under false pretenses. Others are shamed for either not doing it, or not doing it well enough and I think there are some cases where something goes wrong and it causes medical problems.

Even if no one is being shamed or physically harmed, there’s the question of beginning this practice at such a young age. Can a child really consent to this? And is there a medical or scientific reason why it should start before menstruation? These are things I don’t know the answer to but I think it’s worth investigating.

Are there benefits to Gukuna?

Despite the criticisms, there seem to be a lot of women who strongly support this practice, and honestly, I’m leaning towards that perspective. As someone who felt so much shame for having long labia, I may be just a tad biased to want to live in a world where that’s seen as a good thing. Plus, there are legit benefits to this practice.

“There is medical evidence to suggest that labia stretching may benefit the sexual health of women.” Concluded the “Labia Minora Elongation and its Implications on the Health of Women: A Systematic Review” in the International Journal of Sexual Health.

As a Canadian who was assigned female at birth, I am well aware of the horror stories around the dangers of childbirth. However, it seems like a lot of those dangers would be significantly less dangerous if our labia were already stretched out a bit. Plus, this whole idea of what I like to refer to as outer sex, and what Ugandans refer to as kachabali, seems like fun.

Another medical benefit that has some evidence to back it up, is that having elongated labia can actually help maintain a healthy microbiome that keeps bacteria out of the vagina. Anyone who’s experienced a UTI will probably be very intrigued by this aspect of Gukuna.

Also as a Canadian AFAB person who has had a lot of sex with men, I am well aware of the pleasure gap and the complete failure to prioritize female pleasure as a culture. Yet, in Rwandan traditional culture, men were shamed if they could not make their wives squirt. Not that I endorse shaming, but I have to admit, the script is refreshingly flipped.

I feel like I would have forgiven a lot more things from the men I dated if they could make me squirt.

But it’s very validating to know that this is a thing, cuz it was kind of a thing for me, and yet I never heard anyone talk about it until now.

In his anxiety, he was shaking so badly that he only managed to shake the tip of his cock against her. Turns out it was done in just the right way. Her ‘sacred water’ came gushing out and the Kunyaza technique was born.

So how do you do it?

Kunyaza combines both internal and external stimulation. It can be done while sitting, lying down, standing, from behind, and even while pregnant. If you’re trying this out from behind, twerking seems to help. The partner with a vagina “is advised to lift her buttocks upwards whilst shaking it to increase arousal and deeper penetration.”

To start, hold your penis between your index and middle finger and rub the tip of the penis up and down, side to side, and in circular motions on the clitoris and vulva. From there, you and your partner can play around with whatever feels best, and a little teasing goes a long way.

When thrusting, focus on rubbing against the upper wall of the vagina. But the focus should really be all about the continuous and rhythmic tapping and the rubbing of the glans of the clitoris and vulva. If you’ve got good technique and chemistry, you should expect a deluge after 3-5 minutes. 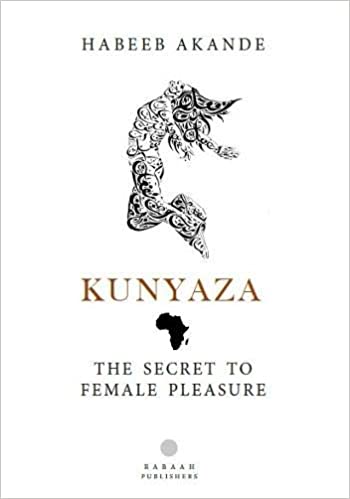 To read up on the technique in more depth, I’d suggest reading the book, Kunyaza: The Secret to Female Pleasure. It’s the only book on the subject in English, so if it’s not in there, you might need to learn Rwanda-Rundi to find out.

How does Gukuna tie into this technique?

The ultimate goal here ( and the one that makes the most sense ) is to create more contact and friction between the labia minora and the penis. More friction = more pleasure, hence why more labia means more stimulation!

Apparently, the sound is also more satisfying. One man who was interviewed in the documentary, Sacred Waters, also mentioned it giving him something to hold on to. Immediately, I imagined him pulling on the labia like the reigns of a stallion, and I cannot confirm or deny that that is a possibility. More logically, it also stands to reason that having your labia long enough to wrap around the penis would make Kunyaza especially enjoyable for them as well while providing more stimulation to the labia in the process. Seems like a win-win to me!

Given how nice indirect clitoral stimulation can be and how desensitized the labia minora can be, I can see how it could be fun to play and give more attention to it in general.

I think it’s really cool that there are women out there who boast about their labia length. I think it’s even cooler that they hang out pulling on each other’s labia as a chill bonding activity. I especially think it’s great that sexual pleasure was centered in sex education in some traditional African communities, and not just men’s sexual pleasure either.

I hope that this technique and cultural approach can be brought into the global sexual discourse so that we can encourage proactive and pleasure-centered approaches to sex education. I also hope that we can learn from the negative experiences that some women had around these cultural practices so that no one has to feel forced or coerced into a sexual practice that doesn’t suit them. Opting out should be an acceptable option, but so should opting in.

Whatever your opinion of labia pulling, I think now’s a good time to read that book, or at least gift it to a lover. We’re what, one month away from V-day?