As I grew up and felt conflicting emotions towards horror movies… I realized something: being scared can feel a heck of a lot like being turned on! I’m not alone in this either! Studies have shown that both fear and sexual arousal come from a similar psychological headspace: psychological arousal in general.

I mean, just walk into any bookstore with an erotica section and randomly pick up a title. Chances are the plot will involve someone being kidnapped and held for ransom, or being blackmailed, or a wild adventure with sexy swashbuckling pirates (who fuuuuuck).

However, while almost all fetishes are valid in their own way, not all kinks are made equal in practice. Let’s dive into some of the more common risky kinks and how we can make them safer for you and your spicy sexual partners!

Much like pumpkin spice lattes, never being able to own a home or memes about these things, breath play has turned into a millennial cliche. Honestly, if I had a nickel for every time I’ve heard someone admit that they enjoy being choked, I’d have enough to buy myself a PSL to drink while laughing over memes on the end of our financial future.

Breathing has a profound impact on our emotional and physical well-being! As human beings, we can consciously slow down our breathing to regulate our heart rate, or speed it up to induce a stress response. Breathing is such a fundamental part of our lives and yet we don’t give it much thought!

People can be interested in breath play for many reasons, but one reigns supreme: dominance. Having someone control such an essential part of our security and well-being can be a real thrill. There’s a balance of power that comes into play, as well. Someone who wants to participate in getting choked might want to experience some intensity, but they also need to be able to trust their partner won’t actually put their lives at risk.

This might come as a surprise, but this is probably one of the most controversial kinks out of the list!

Sexologists, sex workers, and sex ed professionals often find themselves disagreeing on how to approach it. While some experts (like Dan Savage) say there’s no way to truly practice breath play safely and actively discourage it in any form, others disagree and point to parallel activities like pressing on the sides of the neck instead. This technique will make the person feel lightheaded from a reduced blood supply, but even that isn’t foolproof. 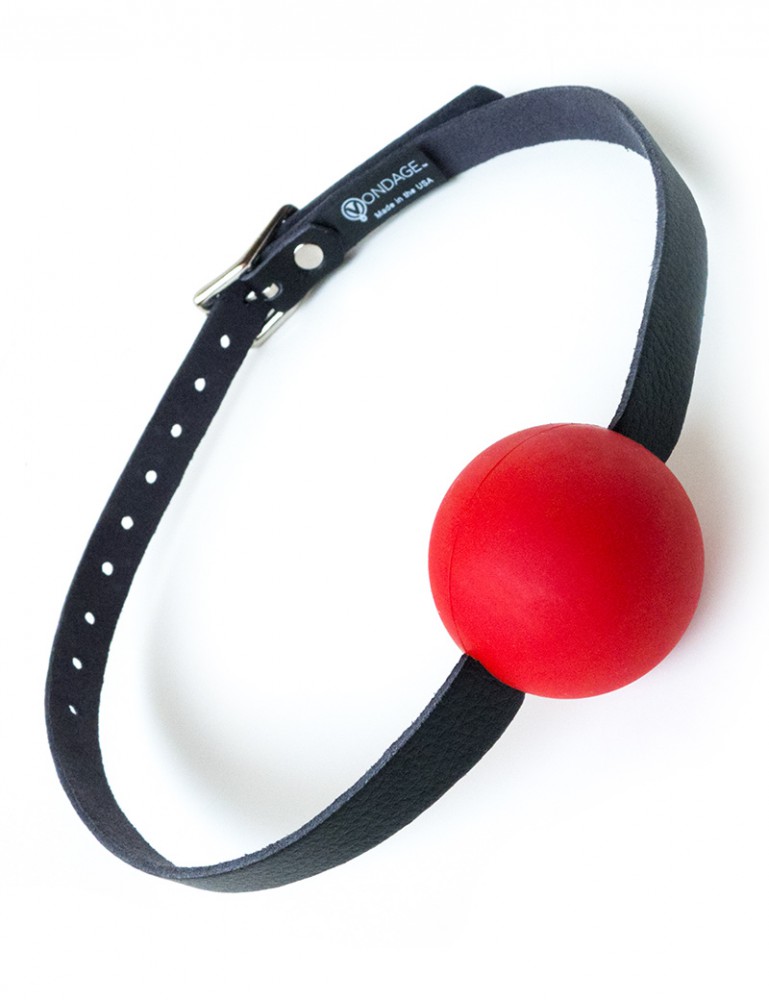 Other alternatives can be to use a large ball or phallic-shaped gag, which can restrict the person’s ability to breathe without placing any pressure on the delicate parts of the neck. There are also latex masks and hoods that limit the airflow! (Plus they’re so glossy and gothy!)

You can even wear a strong leather choker and experience a lack of control by having your partner pull on it and direct you, all without the risk of squashing your trachea like a bag of chips.

There’s no other way to say it: choking someone is literally taking their life into your hand. Even if it’s done with immense care and experience, there is still a risk that many people find too high to encourage.

Does Gordon Ramsay do it for you, reader?

Are you turned on by chefs with excellent knife handling skills, chopping up herbs and onions with precision that gets you sweaty?

Or are you a bit edgier, maybe someone who grew up on a steady diet of horror movies where the masked killer kept his tied-up victim in line only by brandishing a shiny blade?

Yes, blades! It’s not only the 1990s vampire flick that people get turned on by, actual knives are sometimes a regular component of sexual play in some people’s lives.

There are a few alternatives to wanting to be safe, while exploring an active interest in knife play! Maybe you just want to incorporate it into some fun and intense roleplay.

You can use a dull or unsharpened knife, but here’s the trick: put it in the freezer. The body will register the cold blade as being much sharper than it is, all without the risk of cutting yourself or your partner.

Another excellent area to explore to find the safer alternative that works for you? Halloween prop knives! If you absolutely need a scene that is psychologically scary (think roleplaying a horror scene), there are prop knives that can bring the movie magic to you.

Is it sensory for you instead? As in, you want to be blindfolded and have someone use an object to give you that sensation of being cut?

Check out a kink oldie but a goodie, the Wartenberg wheel. It’s a little device that’s used to test people’s nervous systems and looks like a wheel with spikes on the end of a handle. It gives excellent sensations if that’s what you’re looking for ( without the possibly permanent damage! ), and can be bought at almost any sex store in metal or plastic.

For lots of people, a walk through a grocery store is suggestive in a way that gets more than their steamed vegetables hot and bothered.

You’ve likely never thought to use produce this way, but it doesn’t mean others haven’t! Have you ever gone to the grocery store to pick up a few missing items for dinner, only to realize how absolutely suspect you seem buying a single cucumber, olive oil, and a pack of latex gloves? I’m pretty sure everyone is compelled to add a magazine to that order, just to seem a bit less explicit!

So what’s so risky about shoving food into your non-mouth holes? Isn’t it just another way to get vegetables into your diet?

Uh… no, that isn’t how nutrition works and sure you might not be maimed for life by the one time you fucked a zucchini, but they’re still are some risks.

Fruits and vegetables are sprayed with immense amounts of pesticides during their lifespans, and the non-mouth holes of our bodies are extremely sensitive to different chemicals. Ever hear about how people put alcohol in their butts to get wasted fast (known as boofing)?

It’s not an urban myth. (Plus I’m pretty sure “boofing pesticides” is not what I want to cross off my 2021 nightmare bingo card.)

If you’re aching for a real-life eggplant emoji, there are some alternatives ranging from still risky to very safe.

One option would be to place a condom over the washed vegetable, to create a barrier between you and any nasties lurking on the surface. The jury is out on how effective it is to protect the body, as there are not really any studies on the specific question, but if you’re desperate for a quick fix this could work in a pinch. 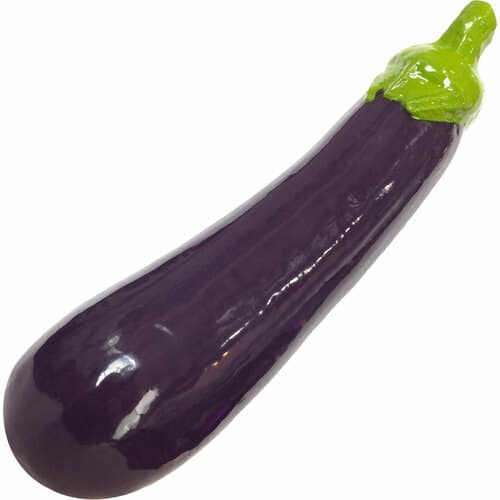 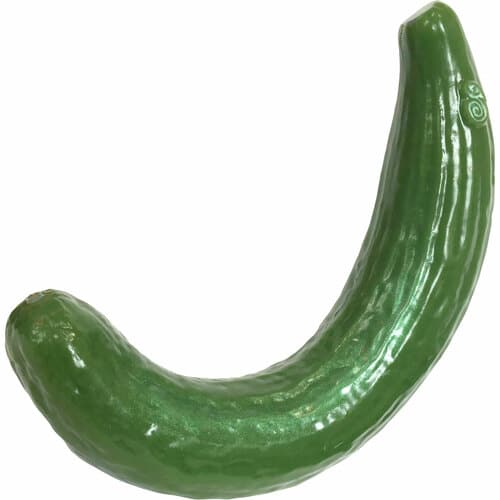 SelfDelve also makes all the classic insertion go-tos like cucumbers, corn on the cob, as well as hot peppers!

Ahh, romance. A delicious dinner softly illuminated by candles, with a meal lovingly made by your partner, and a bottle of something bubbly to top it all off.

Yet, for some people, bringing the bottle with them into the bedroom means more than continuing to share a toast. Instead, it’s a menage a trois only the bottle is the third partner.

Wine and champagne bottles also have a luxurious vibe to them, reminding people not only of the good times but also where a glass of liquid courage can lead to (good times both inside and outside the bedroom)!

Finally, people can just be into challenging sizes! Bottles tend to have different sized cylindrical parts, and being able to work up to larger widths can be an added aphrodisiac.

Now, sadly for the smack of reality: fucking glass bottles is not a thing you want to be doing. It’s absolutely okay for you to want to fuck them but actually sliding a bottle into your body is very bad business for one uncomfortable reason.

If you’re squeamish, you might want to skip this paragraph, okay?

The internet and its legions of sexy, pervy entrepreneurs have got your back on this, my wine-fucking-friend.

Do you want luxury? We’ve got it! I mean, what’s more luxurious than a custom-made toy in exactly the colors and density that you want? Whether you’re looking for more realistic designs or more cartoonish bottles, there’s a manufacturer out there for you! 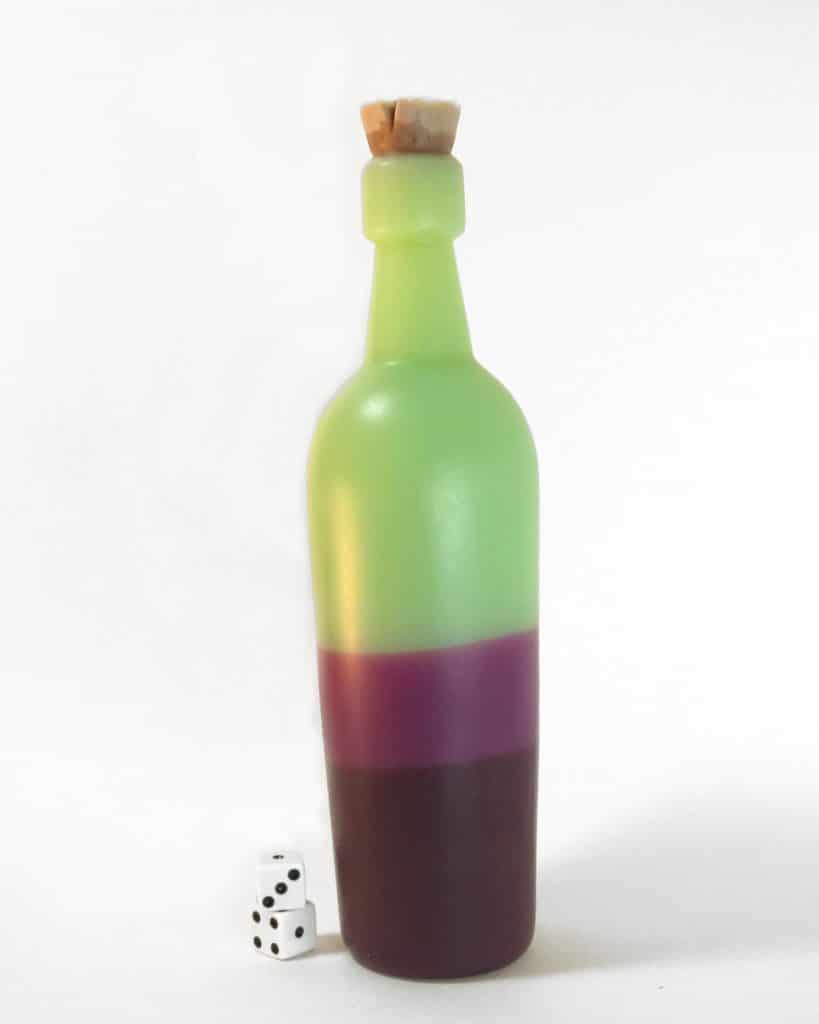 Indie toy companies like Squarepegtoys and Hole Punch Toys have wonderful silicone bottles for your body that won’t shatter like a grenade.

Remember the ultimate rule with toys and butts: do not put things in your ass that don’t have a handle/base/stopper. Your butt is like a sandworm in Star Wars, and it will devour everything that goes into it.

Back when I was on Grindr, there was a guy who would regularly message me asking if I wanted to buy poppers from him. He’d have a different picture every time, but no matter how the conversation started, it usually ended in him asking, “Hey… do you want to buy some poppers?”

In gay mlm hookup culture, poppers are kind of a stereotypical experience: they relax the smooth muscles in your body, and provide an extremely short burst of euphoria that many people find sexually stimulating. In some countries, they’re now illegal and very hard to come by. Yet many still find a way, either by purchasing them from other countries or buying them from Wish.

I cannot stress this enough. Whatever you take from this section, please let it be this: do not buy poppers from Wish. Don’t do it. It’s not likely to be something good for you, and even riskier than you imagine.

Plus, with the rise of fentanyl, you never know what you’ll get when you buy most other types of lab-made street drugs!

This is a tough one, and can even include your federal laws. In some countries, people who are intoxicated cannot consent to any sexual activity! It’s tricky, and something to consider.

If you’re in a country or state where cannabis is legal, it might be a better choice to use that instead of something riskier. Heck, you could even have some pretty incredible effects by sticking to CBD which is available virtually everywhere and doesn’t have the psychoactive effects that THC is known for!