Dressing My Age: Must I Replace My Crop Tops with Sweater Vests?

“There are things you can wear at 22 that you just can’t wear at 36!”—an older relative exclaimed this to me recently, when she happened to spot the modest hint of sideboob exposed by my jumpsuit. Leaving aside the suggestion that she might have been okay with my sideboob 14 years ago (dubious), I found myself wondering exactly where the cut-off is between “sexy, youthful and fun” and “desperate, sad and inappropriate”.

The fact is that, other than a great deal more confidence and a better-defined sense of personal style, I don’t feel that different than I did when I was 22. I find myself at a loss to understand why better cheekbones and a couple of crows’ feet mean that the sides of my boobs—not to mention the tops of my thighs and, god forbid, any belly skin to speak of—must never again see the light of day.

This feels like a bit of a waste to me, to be honest. I’m much hotter now than I was in my 20s, so it seems more than a little unfair that now that I’m better looking, better educated, and better able to advocate for myself and the things that I want, I’m expected to abandon anything that might make an onlooker think, god forbid, that I’m a bit sexy.

In the case of relatives who would prefer I adopt a slightly more staid wardrobe, part of me has wondered if there are cultural differences at play. We’re all white people who grew up in Canada, but while my family is spread around the Maritimes and prairie provinces, I’ve spent most of my adult life in Montreal. I remember being much shyer about showing a little skin when I was in my early 20s, but it’s hard to get through one of Montreal’s humid, semi-tropical summers without eventually saying “fuck it” and going around as naked as possible.

Between me and the more buttoned-up, more uncertain 20-something I once was, there are also six or seven years as a performer in Montreal’s burlesque and drag scenes. If you’ve been to a queer show in Montreal between 2014 and now, you’ve probably seen me naked at one point or another.

Crop tops can be terrifying

Now that I’m back in Alberta, I’ve definitely noticed that people tend to dress somewhat more conservatively—even on hot summer days, I’m definitely the most scantily clad person I’ve seen. And my relatives aren’t totally alone in their discomfort with my overall appearance.

While people in Calgary don’t seem too taken aback by the sight of my abs or a hint of stomach skin, people in Lethbridge, the small city where I grew up, seem a little unnerved at times. On my way to visit an old friend recently, I ran into a friend of hers who was on her way out. The sight of me in a crop top and dramatic eyeliner was enough to make her gasp and clutch her baby to her chest.

It’s possible that my relatives, who mostly live in smaller centers, simply live in a far less naked world than I’m used to…

Tossing miniskirts on the bonfire

Age may play a role in our inability to see eye-to-eye about my sideboob too. The constraints placed on women 30 and older were, until recently, far more stringent, and the social consequences for failing to knuckle under and dress like an appropriately dull middle-aged person ranged from ridicule to loss of job opportunities and social ostracization.

At 36, I’m old enough to remember when fashion magazines, which I started reading voraciously in my early teens, regularly contained lists of things that women over 30 should never, ever wear. These lists generally contained pretty much the same set of verboten items—miniskirts, stiletto heels, and bright lipstick all stuck indelibly in my 14-year-old mind as things that I would be expected to toss on the bonfire, along with my youth, in sixteen years’ time.

Now that I’m well past that cut-off, I’m perfectly happy to surrender stilettos—my feet hurt just thinking about them—but you can pry miniskirts off my cold, dead, gorgeous legs. And the odds of me giving up the vivid red lipstick I’m wearing at this very moment are exactly nil (it’s by Rihanna, god damn it).

As a young teenager, I certainly absorbed the message that cute clothing was only for young people, and that youth ended at 30. Luckily, with age comes wisdom, including the wisdom to know that 30 is actually young as fuck. And in the 22 years that have passed since I was 14, there have been some major cultural shifts as well.

A search for things women over 30 “shouldn’t wear” in 2019 leads mostly to some pretty entertaining parodies of those old articles I remember. At this point, I don’t think any woman over 30—or 40, or 50 for that matter—would take kindly to anyone trying to tell her what she can and can’t wear. This can make for some pretty intense intergenerational tensions when well-meaning older people want their younger relatives to follow the rules they grew up with—we’re irritated that they don’t trust us to dress and comport ourselves appropriately, and they’re afraid that we’re going to harm our job prospects or even endanger ourselves with our shocking sartorial choices.

My desire to fit in died with bootcut jeans

In my case this difference in opinion is further compounded by the fact that I’ve spent the past decade living in the most fashion-forward city in the country—if I had stayed in small-town Alberta, I might well still be dressing in the somewhat more conservative styles that I favored in my teens and early 20s, and these conversations would never arise in the first place.

But my desire to fit in and my fear of showing a bit of cleavage have gone the way of the dodo bird and mandatory bootcut jeans. 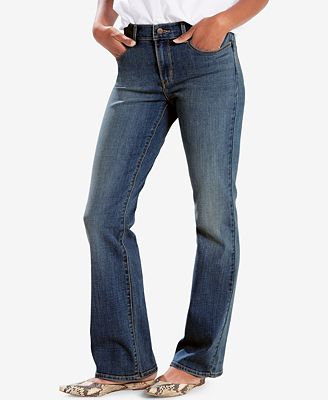 You will not be missed

I’ve spent the past decade having fun with fashion, and getting comfortable in my own skin too—at this point, I’m not going to be forced back into a box that never fit me particularly well in the first place (boxes are rarely body-con enough for my tastes).

I’m not in the market for a turtleneck-based wardrobe

On the whole I’m inclined to suspect that the tension I’ve encountered is more generational than geographical—while older people, and my older family members in particular, are uncomfortable with the idea of women over 30 wearing miniskirts instead of pantsuits, most people my age and younger (and even 10, 15, and 20 years older) seem perfectly comfortable with it. Hell, they even seem to like it!

I think we’re all pretty fond of living in a world where being out of our 20s doesn’t mean we suddenly have to buy a whole new wardrobe of loose-fitting turtlenecks and sensibly tailored slacks. And that freedom doesn’t just extend to our clothing choices, either—we’re finally living in a world where we don’t have to feel bad for not being married with 2.5 kids and a house with a white picket fence by the time we’re over 25.

The ironic thing is that the older people who seem to wish we’d fall in line and “dress our age” are the same people who fought for the rights we’re taking advantage of and expanding upon. Our mothers, aunts, and grandmothers fought for the right to be taken seriously, the right to have a voice in public life, and the right to keep it after they had children. They had to dress and act in certain ways to have those things—they had to look conservative to be considered respectable, and they had to present themselves as serious middle-aged ladies to hold on to the ground they gained.

And now that we’ve come of age, we’re breaking new ground—the work that our foremothers did has given women like me the space to demand that people take us seriously whether we’re wearing bright red lipstick, nude lipstick, or no lipstick at all. I expect to be judged on the quality of my work and the strength of my ideas, not whether or not the top I’m wearing exposes a bit of sideboob.

You can’t put me in a box

Hell, unless I’m dressed in a literal box, you’re probably going to be able to tell I have boobs no matter what I’m wearing, and the fact that they’re covered in skin shouldn’t come as much of a shock either, so I’m not quite sure why anyone would be appalled to have that confirmed by a low-cut blouse.

I am actually totally capable of doing serious work even when my secondary sexual characteristics are apparent (hell, I’m a writer, so I’m capable of doing serious work completely naked, provided I’ve got a laptop with me). So I guess my family will just have to get used to the fact that, whether I’m 26, 36, 46 or even 86, I’m probably going to wear whatever I like, and honestly, I really do like boobs.