Are We All Voyeurs & When Does It Become A Problem?

Voyeurism, from the French verb “voir,” meaning to see, is the practice of experiencing sexual gratification or arousal from the act of watching, peeping or spying on others while they are naked or engaging in sexual and intimate activities.

A male voyeur is often referred to as a Peeping Tom, a term which originated from the 13th century Lady Godiva legend. A legend involving a beautiful naked woman who rode naked on her horse, covered only by her long, flowing hair.

Voyeurism is actually one of the most common fetishes and /or paraphilic disorders out there. And when you think about it, this makes perfect sense.  Perhaps with the exception of asexuals, most of us naturally find it arousing to watch the target of our sexual desire disrobe or engage in sexual activity.

Many of us enjoy watching pornography which is essentially a form of voyeurism in that we are getting off by watching others have sex. However, the main difference between the two lies under the aspect of consent, or in this case, the lack thereof.

The history of voyeurism

There is however evidence suggesting that voyeurism occurred at Parisian brothels in the late 1800s. Wealthy men would pay large amounts of money to spy on other men engaging in sexual acts with the women working at the brothels. Seeing that these men would spend their money on watching rather than participating shows that, in a time before the easy accessibility of pornography, there existed a strong desire to watch others engage in intimate behavior in secret. For those who could afford it, it was a common form of sexual entertainment of the time and thus it can be assumed that the interest in voyeurism was just as prevalent as it is today.

The act of voyeurism has undoubtedly existed since the beginning of time. Acts of voyeurism often occur at early ages when a child gets the chance to sneak a peek at something they shouldn’t be seeing. Yet it is difficult to pinpoint exact moments in time when this act evolved into a problem, crime or disorder. The DSM-5 (The Diagnostic and Statistical Manual of Mental Disorders) currently refers to this fetish as voyeuristic disorder and it is only classified as a disorder when the paraphilia causes significant distress or harm to oneself, or in this case, to others. Although the act may not be causing physical harm to either the voyeur nor their victims, the emotional and mental trauma that may arise from such acts is certainly problematic.

Looking Back On “The Fappening”

The celebrities targeted by this complete breach of privacy were quite well-known A-list celebrities such as Jennifer Lawrence, Kirsten Dunst, and Kate Upton, to name a few. The photos were mainly of female celebrities who were exposed, nude or engaging in any other type of private behaviors. The incident was then followed by another series of photos leaked by hackers in September of the same year.

The celebrities affected by this event expressed sentiments of feeling completely violated and saddened. Their displeasure was not only aimed at the hackers themselves but also extended to those who sought out the photos on these websites, i.e. the voyeurs.
To add fuel to the fire, along with any viral form of media comes the horrid internet trolls and the dreaded comments section. Not only were these poor individual’s privacy completely stripped, but they also had to deal with the added emotional turmoil of rude and disparaging comments.

With many of us acting like this leaked content was now public property, we were faced with an important moral dilemma. It’s quite normal to succumb to our own curiosity, and as much as we’d like to deny it, many of us did, but is it right?

This incident clearly portrays that we are living in a voyeuristic world. Unfortunately, with the rapid advancement of technology comes the facilitation of trespassing on the privacy of others. Incidents like these will only worsen with time and hackers will undoubtedly continue to find ways of breaching security systems in order to access such sacred content. Whether or not you felt the need to have a peek for yourself, incidents like these only prove and emphasize even further that the curiosity of voyeurism instinctively lives deep down within all of us.

When is it considered a problem?

Legally, every human being is rightfully entitled to their privacy. Trespassing on this privacy is not only illegal but morally wrong. Clearly no one would enjoy being spied upon and exposed without their consent, especially to a complete stranger in such a vulnerable state as one is in when undressing or having sex.

Even exhibitionists, those who enjoy exposing their nakedness to strangers, choose when and where to do so. Even though the prospect of revealing oneself to strangers is exciting to an exhibitionist, they surely would not want to be seen in certain situations such as going to the bathroom or engaging in other intimate and personal behaviors. I mean, let’s be honest, no one wants to be seen dancing naked in front of their mirror at home! Exhibitionist or not.

The thrill of getting caught

This is one of the primary factors that makes the act so exciting. Voyeurs get off on these secret observations and from the fact that their objects of desire are unconscious of their presence. This can be proven by the fact that some voyeurs will cross the line even further by capturing and retaining photos and/or videos of their clandestine crimes. They will then use the media that they have collected in order to satiate their sexual needs. Therefore, it can be deduced that by using these pornographic images and videos that they have collected in secret as masturbatory material is much more thrilling than using good old-fashioned consensual internet porn.

Another factor that is extremely enticing for the voyeur is the thrill associated with the risk of getting caught. The rush of potentially getting caught while spying on an unsuspecting victim adds an added sense of adrenaline that heightens the overall sensation of arousal and excitement. As we have seen with most taboos, the thought of doing something that is deemed wrong or illegal within our society tends to spike our interest and attraction to it. That which is wrong, is bad and naughty and that which is bad and naughty is…hot!

Statistically, voyeurism occurs three times as often in men as it does in women. One is diagnosed with voyeuristic disorder if the subject is eighteen years of age and older and, for over a period of six months, has experienced recurrent and intense sexual fantasies and urges from observing an unknowing person undressing or engaging in sexual or intimate activities. Also, the voyeur must have acted on these sexual inclinations by observing a non-consensual person within the six months. The key element in this definition is the recurrence of these habits and desires.  If one were to stumble across an unconcealed suspect by chance, the definition would not apply. Rather, the voyeur must experience an insatiable urge that cannot be quelled unless acted upon. 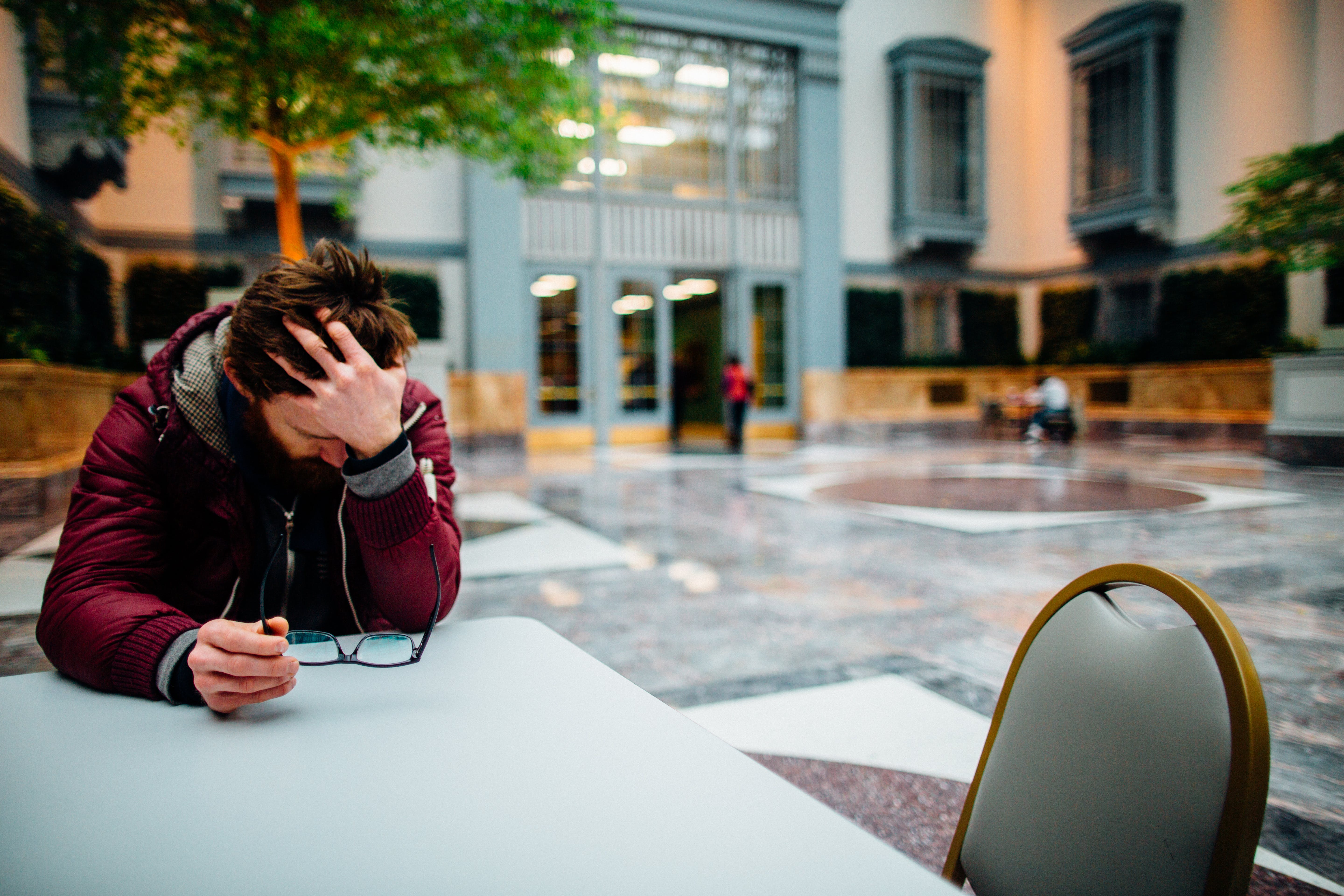 People with the voyeuristic disorder often subsequently suffer from other mental disorders such as depression, anxiety, bipolar disorder, hypersexuality and other paraphilic disorders such as exhibitionism. It is unknown where exactly the development of such urges initially stems from. However, it is often observed that it is not uncommon for voyeurs to have previously experienced sexual abuse in their childhood. Some voyeurs recall having had an early childhood experience which included mistakenly stumbling upon a couple (often a family member) having sex. Whatever the reason may be, as with all paraphilic disorders, there is no one concise determinant from which the disorder derives and, of course, the reason behind such urges may not be the same for everyone.

When to treat it?

If you or a loved one you know is dealing with the voyeuristic disorder, it is imperative that steps be taken in order to overcome these urges.

However, there is always a significant difference between fantasy and reality. If one were to take their desires to the next level and act upon their voyeuristic urges, they are, in turn, crossing the boundaries of another individual’s privacy. And this is never okay. Consent is the key to all. Where there is no consent arises anarchy and chaos.

Once again, voyeurism is probably one of the most common fetishes out there. We are naturally inclined to want to see beautiful and naked individuals get down and dirty. It is nothing to be ashamed of. Yet in order to keep yourself out of trouble and off the sexual predator list of your neighborhood, make sure to keep your urges in check! As with other taboo fetishes, make sure to enjoy them in thoughts, with consent, and/or behind the comfort of your screens and everything should be A-OK!