After watching two whole seasons of Netflix’s reality dating show, Love Is Blind — the show where single people “date” and then propose to each other without ever seeing them (NOT a dating show for blind people as you might think based off the title)— I’ve learned a few things.

If you haven’t watched the show, just know that this will be full of spoilers, so I suggest grabbing a ridiculously oversized glass of wine to sip with your dog, or an opaque golden chalice of mystery liquid, binge it all, and come back.

Love is Blind, but not spontaneous

This show is too formulaic to be completely up to chance, and fans hotly debate whether or not this show is fake. But whether it’s scripted or just very psychologically planned out in advance, the creators are adamant that it’s real.

The application process for this show is very in-depth. People go through their dating history, family backstory, and all sorts of details about themselves. Contestants probably genuinely haven’t seen each other, but it’s not inconceivable that their matches have already been selected before they’ve ever even met based off of their compatibility.

Plenty of dating services use compatibility surveys to match people, and plenty of professionals are good at matchmaking. There’s even a series of questions that have valid scientific evidence to support that answering them with someone will make you fall in love.

Despite the pervasive cultural belief that love is some magical mystery, it seems to be very possible to manufacture it, and play it out in front of a television audience. Which begs the question: how much of a role did producers play in matchmaking?

Heteros have all the fun

It makes me sad that this show is designed to be straight. Where’s the happily ever after for queer folks? The only person on the show who shared their queerness was Carlton in Season 1. He tells his fiancé that he’s bisexual and becomes a sobbing mess. His fiancé isn’t cool with it and they break up. Not only does it show the intense shame and internalized homophobia that queer folks deal with, but it also shows that it’s not for nothing. He actually was rejected because of it. 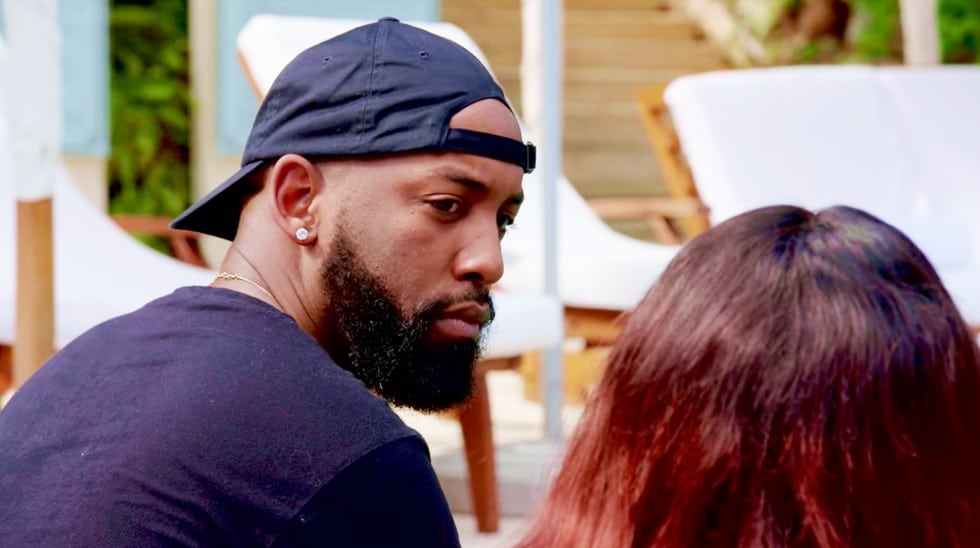 It’s been made clear that this show won’t ever include queer relationships due to “logistical” concerns. The biggest issue I can see is that in the pods, they REALLY rely heavily on a division of binary genders, which automatically excludes non-binary people and creates a potentially dangerous situation for trans folks. It also means that same-sex relationships wouldn’t be “blind”.

There are certainly accommodations that could be made to include queer people, but they would substantially change the show. Maybe for the better, but we may never know. Yet again, queer folks are systematically excluded. *sigh*

Time is a pressure cooker

They have 10 days of dating each other in the pods — rooms where they are alone but connected to the other person through a wall — before getting engaged. 10 days. After that, they have a little less than a month before their weddings to have their honeymoon and learn how to live together. I don’t think any sane person would advise that timeline for anyone.

Even though divorce is much more acceptable now than it’s ever been before, most people don’t want to take that option if they can avoid it. So, when people get married, they still expect it to be for life. Making that decision in such a short period of time really cranks up the pressure. Stress levels rise and people stop being able to think clearly, so of course, it makes for great tv.

The effect of time pressures on decision making are still debated in the scientific community, but the evidence suggests that if we think the expected outcome, or the value of “winning”, is good, we’ll be a lot more likely to take the risk in a crunch than if we had more time. But if we think we might lose out in some way, it doesn’t really matter how likely that outcome is, we’ll be a lot less likely to risk it. In Love Is Blind, whatever these people think about their upcoming nuptials, it’ll be a lot more extreme in their minds than in reality.

As a kid growing up in North America, the idea of an arranged marriage was terrifying. How could you marry someone you didn’t choose yourself? It seemed like a prison sentence. Wouldn’t that effectively strip romantic love from your life?

No, not necessarily. I had a very flawed understanding of marriage, relationships, and love when I developed that perspective. As Deepti brought up when talking about her parents, they didn’t start out in love, but they fell in love over time. Arranged marriages in India tend to be very carefully planned out according to a lot of information that deeply involves the older family members. And as mentioned before, love can be manufactured merely by asking a series of questions.

Marriages from Love Is Blind aren’t all that different from arranged marriages except that the families aren’t involved in the choice of partner. Couples are engaged before they see each other and have very little experience with their partner before their wedding. Honestly, in comparison to the show, an arranged marriage where your partner has been carefully selected by those who love you the most actually sounds appealing.

Most of the drama in this show comes from people who aren’t sure about their choices, which is a very normal position to be in after only 10 days of dating. Usually, the right choice is obvious to the viewer — probably mostly because of editing, but also because you can immediately tell the difference between someone who is truly happy with their person vs someone who is settling.

Settling never works out and many of these people probably would have left the show happily married if they had paid attention to their gut and spoken up sooner. Unfortunately, a lot of people are really distanced from their emotions and have a hard time listening to their hearts.

This show has really underlined the importance of taking the time to build a relationship with yourself before trying to do that with someone else. The clearer your communication between your mind, your heart, and your gut, the easier it will be to tell whether or not you’ve found the right person. And when you know, you know, and it will become that much easier to act with confidence in pursuing your heart’s desire.

This show only lets you choose one person because polygamy is illegal across the United States, where the show is filmed. However, open relationships and polyamory have become more and more popular over the last decade, yet there doesn’t appear to have been a single person on the show who leans towards non-monogamy. Most of the people on the show seem really hurt about the smallest sign that their chosen partner might retain feelings for someone else they bonded with in the pods. Even if it’s only been a matter of days.

It really is too bad that it’s so taboo. If there was less pressure to be monogamous right from the get-go, many couples would probably have switched up during the honeymoon phase, preventing even worse heartbreak later on. Plus, it would probably make for pretty great tv if fiancés were switching up once they saw each others’ bodies.

The point is that there is a very singular idea of what makes a good marriage and monogamy is a central part of it on the show. Either no one on the show is interested in non-monogamy, or they are editing those details out before airing, but it would be a cool thing to see in the show. Or to even acknowledge it as a possibility within marriage.

Internalized beauty standards with a small side of racism

In the United States, there is a clear, persistent beauty standard that places white, thin/athletic, tall, able-bodied people at the top. As a result, we’ve all internalized white supremacy, fatphobia, and ableism in addition to extreme gender stereotypes. It’s nearly impossible to escape and unfortunately, not enough of us do the work to challenge these beliefs within ourselves.

Many of the people who go on this show do it because one or several of these things are working against them. They may have plenty of amazing, attractive qualities yet often get passed over in our visually-obsessed and highly bigoted culture. Sometimes these internalized standards prevent couples from connecting once it’s time to build that physical connection.

The most obvious example of this is with Deepti and Shake. Both of them only ever dated white people and both of them internalized a lot of these harmful, white-centric values to the degree that Shake couldn’t let a physical connection form. As much as everyone loved to hate him, his preferences came from a deep sense of insecurity that white supremacy created. I wonder what kind of person he would be if he worked through that trauma. Maybe then he would be deserving of Deepti and they could continue to heal those wounds together. 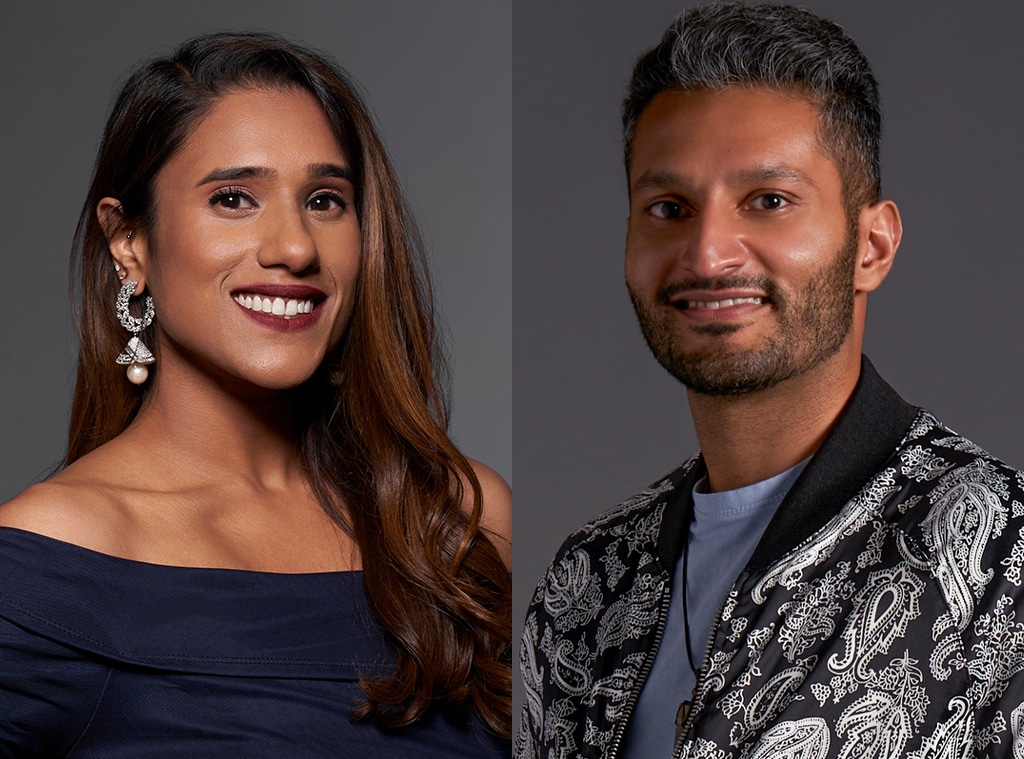 However, it is a little unsettling that all the non-white couples paired up with couples that mirrored their ethnicity, despite clear incompatibilities, which is pretty endemic in American reality tv. Mallory never should have pursued Sal, but they connected a lot with their shared Latin background. Similarly, Jarrette picked Iyanna and I wonder to what degree her blackness played a part in that decision. They couldn’t see each other, but they could hear each other and these differences can often be picked up on through the voice.

Can we really say that love is blind if contestants are choosing partners based on perceived ethnicity biases?

This show is wild and there is seemingly no end to thoughts and questions provoked by watching it. How would these couples behave without the cameras? Who would they choose if they saw each other right off the bat? Is it just the circumstances that create these bonds? Is this how we should all find love?

Each question seems to lead to more in a never-ending Russian doll of questions. Relationships are hard and choosing a spouse is even harder, especially in a short time frame. Every one of these people is brave for giving love a shot in such a public way.

Probably the biggest thing this show has taught me is just how important love can be in our lives. It can be so important that people would put themselves through something like this in order to find it. If you’re lucky enough to have love in your life, congratulate yourself and enjoy it. And if you’re not, well hey, there’s this great new reality tv show…