Asexuality is a topic that isn’t too well-understood by the general population. Perhaps the most straightforward definition of this orientation, (and yes, some consider it to be an orientation) is a lack of sexual attraction.

Simply put, asexuals, also referred to as aces, do not have the desire to have sex with others. Despite the straightforwardness of this definition, asexuality is actually quite a complex orientation. An orientation that deals with different forms of attraction and these attractions are indulged in ways other than the conventional form of sex.

So if you ever wondered if you were asexual ( or if it might be something else ), I’ll try my best to demystify it for you! 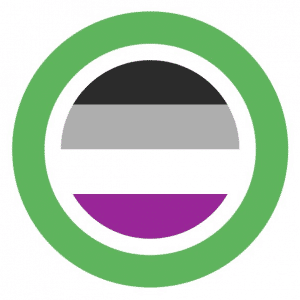 Asexuality shouldn’t be viewed as being identical for everyone, but rather it should be viewed as a subjective and diverse sexuality.

One thing, though, that is generally accepted as a universal asexual trait is the shared mutual disinterest in having sex. With that being said, asexuality is far from being black or white. Rather, it is a spectrum of sexuality that is unique to each ace individual.

Differences in how we love

Aside from sexual attraction, human beings experience myriad forms of attractions such as romantic, emotional, platonic, sensual, and physical attraction, among others. We generally don’t tend to put too much thought into these phases of attraction simply because, for someone who is sexual, these feelings tend to naturally develop and progress in a subsequent and chronological manner.

For sexual-oriented individuals, these attractions and feelings will most likely express themselves in the form of sex and sexual acts, eventually leading to a peak of gratifying sensations and emotions.

Asexuals, on the other hand, may still experience one, if not all of these types of attractions except for the sexual attraction. They may even reach their own personal peak of bliss through other activities such as hand-holding, cuddling, or simply deeply locking eyes with their SO.

This may sound odd for anyone who enjoys sex and orgasms, and yes cuddling is great but some may be thinking that nothing can compare to getting down and dirty with that special someone you fancy. This however, isn’t the case for everyone.

If you have ever experienced any form of sexual feelings, you will be quite familiar with how strong these actually are. Perspiration, increased heart rate, and increased blood flow to the genitalia are all indicators of one’s sexual arousal.

On the biological level, asexuals are not exempt from this primordial arousal. They are not completely devoid of libido as some people think. Since we are all human beings and our hormones work in such a way that lures us into wanting to reproduce, we all feel these urges in one way or another.

As a general rule of thumb though, asexual libidos tend to be much lesser, as it is less linked with mental or visual stimulation and mostly physiological.

It may come as a surprise but many aces actually have successful and fulfilling relationships. Often times these relationships will be with other asexuals, yet this is not always the case.

Asexuals can have happy relationships with sexual individuals as well. Of course, they face the added challenge of navigating their differences in desire, yet for the most part, finding a happy medium isn’t as difficult as it may seem.

It is not unheard of for an ace to even engage in occasional sex in order to please their partner. In doing so, despite not having a strong desire for the act itself, the fact that they pleasing and satisfying their partner is enough to make them experience pleasure as well (albeit a different type of pleasure). 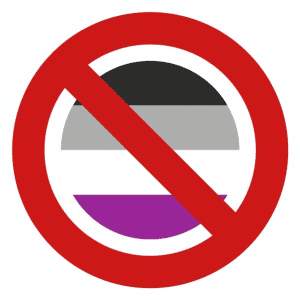 As previously mentioned, most aces fall on the vast spectrum of asexuality. Genuine asexuality does exist, however, it is actually quite rare.

Low libidos, which are more common, may be caused by many factors such as low levels of testosterone or estrogen, the use of prescription medications, physical conditions such as too little or too much exercise, alcohol, and substance abuse.

Also, one’s libido tends to go through phases of highs and lows throughout different stages of life. Hormonal reasons, past experiences, and infinite outside factors can have a powerful effect on our sex drives.

So if you think you might be asexual, it is important that you first rule out the following issues. As misidentifying as ace could be detrimental to your physical & mental health.

If your libido isn’t as powerful as you would like it to be, or as it once used to be and this is causing you distress, there is often a solution.

This is not to say that genuine asexuals should seek help! It is merely to reassure those who might be experiencing lowered libidos due to exterior factors. In any case, those concerned shouldn’t jump to conclusions before exploring the cause!

In most cases, lower than average testosterone or estrogen levels can easily be adjusted with hormone therapy or even with just some simple lifestyle changes.

This isn’t only about sex either.

Low testosterone and estrogen could actually be detrimental to your health or even a sign of some other underlying medical issues. So it is important that you seek a medical professional if it is the case.

For example, low T could cause erectile dysfunction, hair loss, fatigue, brain fog, and depression. That’s without counting reduced muscle mass and bone density which could lead to a host of injuries. Additionally, low T could be a symptom of diabetes, liver disease, and AIDS.

On the other hand, low estrogen could lead to an increase in UTIs, migraines, mood swings, depression, fatigue, and even impact lubrification. Autoimmune conditions, early ovarian failure, kidney disease could also be at the root of the problem.

So please don’t leave any of these symptoms unattended. Better safe than sorry!

Medication such as most SSRIs and SNRIs, antiepileptics, diuretics, beta-blockers, birth control, opioids, statins, and antihistamines can all significantly decrease your libido.

If this last scenario is your case, don’t be shy to speak with your doctor about your options. Perhaps switching medications or altering your dosage may help.

Never be shy to talk about your sexuality, especially with health professionals. Taking care of yourself and your mental health should always be a priority!

People will often mistakenly make an association of asexuality with past traumatic experiences of sexual abuse. Many people find this to be an absurd assumption, claiming that our inherent sexuality does not simply vanish after experiencing trauma.

However, research has shown that there is in fact an increased percentage of self-identified asexuals having experienced PTSD from past sexual trauma.

Despite this correlation, While some asexuals who experienced sexual trauma were most likely already predisposed to having asexual traits others, through therapy, might find that there’s still a sexual being living deep into the confines of their own minds.

If an unfortunate and traumatic experience has altered one’s relationship with sex for the worse, proper and specialized therapy can definitely help one to regain control over their sexuality.

People may sometimes incorrectly confuse their differences as a form of asexuality.

There is nothing wrong with any of these scenarios and sexual normality shouldn’t be based on the over-sexualized society that we live in.

It is safe to say that the beauty of asexuality is found in its complexities and diversities.

With a mix of scientific and physiological factors paired with psychological and environmental elements, one’s sexuality, or lack of sexuality can be as vast as the deep blue sea!

These differences and subjective experiences are the epitomai of uniqueness and individuality. So next time you feel judgment creeping itself way into your thought process, take a step back, and appreciate these differences that make us oh, so unique!