Queer Yet Feeling Like An Outsider Within the LGBTQ+ Community.

The LGBT community, also commonly referred to as the gay community, is a term used to define a grouping of people whose sexual orientations or gender identities differ from those of heteronormative standards.

LGBT is an acronym that stands for lesbian, gay, bisexual and transgender. However, recently the acronym has come to include the letters QIA. This ongoing lengthening continues in order to include the widest range of sexual identities as possible. The Q stands for queer or questioning, I for intersex and A for asexual or allied. Since it is sometimes hard to keep up with the continuous addition of letters, to make things simpler, some simply refer to the term as LGBTQ+.

But what does it mean to consider yourself a part of this community? Is it a conscious choice that is made by the individuals themselves regardless of their sexual preferences or identity? Or rather is one automatically associated with, or admitted into this grouping, if their sexualities sway even slightly from the heteronormative foundation? Sadly, this is a question that doesn’t have a clear-cut answer.

It is not uncommon for heterosexual allies to be deeply embedded in the community and affiliated with the social movements and subcultures that stem from it. It is also not uncommon for lesbian, gay, bisexual or transgender people to completely disassociate themselves from the LGBTQ+ community and wish to have absolutely no part of it. It is actually less uncommon than you’d think for gay or trans people not to consider themselves part of the community at all, but instead hold a strong aversion to the very thought of such an inclusion.

Queer, yet not part of the community?

This seems a bit ironic and leaves us wondering why such a situation like this might arise. Why would someone whose sexual or gender identity fitting the profile of LGBTQ+ choose to dissociate themselves entirely from the community? 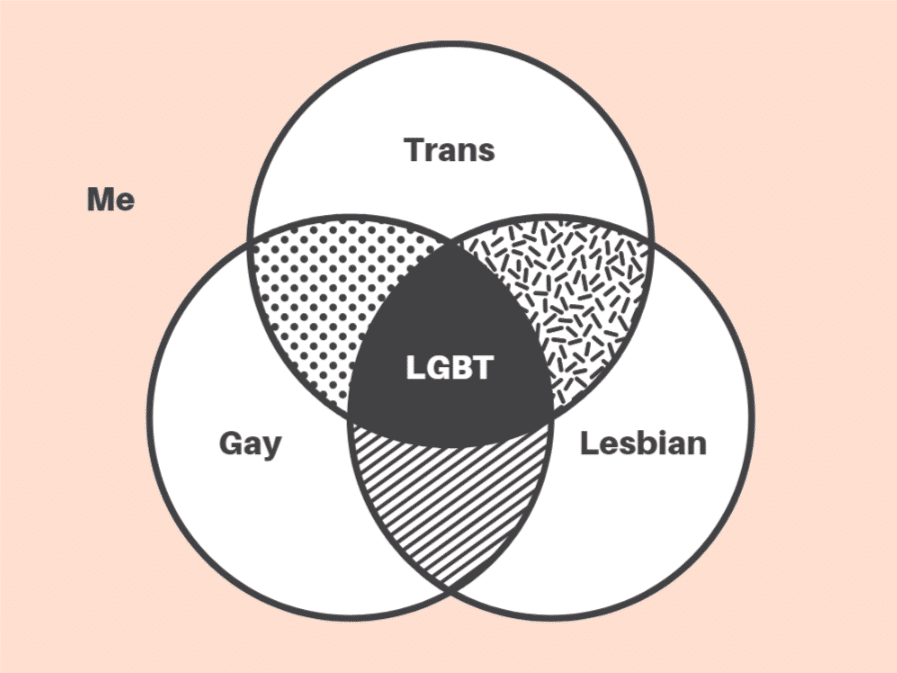 Of course, the answer to this question differs from person to person. Everyone has their own personal reasons for choosing to associate or dissociate with a particular group.

However, in examining this question, I believe it is necessary to take a look at the many negative associations and stereotypes that are unfortunately branded onto the LGBTQ+ community. These stereotypes are ones that lead to a highly misconstrued image of a gay individual and the gay community in general.

A Plethora of Stereotypes

It is no secret that the gay community is often looked upon in a negative light. In certain parts of the world, the taboo and stigma of anything that differs from the hetero norm is something that is still very prevalent. Homosexual acceptance is quite a recent concept that thankfully has been blooming within North America since the 1970s. Slowly but surely, within the last fifty years, LGBTQ+ acceptance is continuously on the rise. Despite this progress, the stereotypes and negative associations still remain, and the total normalization and integration of LGBTQ+ within society are far from being achieved.

If you were to ask the average heterosexual individual to describe an aspect of gay culture, the description would most likely include displays of overtly sexual behavior, extravagant costumes, fetishism, and hypersexual individuals. These are some of the many common stereotypes that misrepresent the majority of the community. While in fact, these aspects are a reality for some, they represent only a small fraction and should in no way be someone’s first association.

These examples are all merely human constructs of sexuality that can be appreciated by anyone regardless of sexual preference or identity. Gay, hetero, trans, or whatever you identify as, kinkiness is for anyone who’s interested!

Why do these stereotypes exist in the first place?

The origin of these stereotypes most likely stem from society’s obsession with sex. When someone cowers away in disgust at the sight of two men holding hands or at the fact that they cannot distinguish someone’s gender by a first glance, it is without a doubt because of their instant association to sex. Sex, sex, sex…

One of the most common question that trans people get asked is if they’ve undergone “the big surgery” and what is between their legs. Two women holding hands will certainly incite cat-calls and lewd remarks. And two men showing romantic affection can cause a homophobic, macho-induced uproar. Yet heterosexual public displays of affection are when displayed tastefully, considered cute and positive. And you wouldn’t dare to ask a cis stranger about their genitalia.

These conclusions are obviously the result of looking past the love and humanity and going straight to how it translates in the bedroom.  This is an absurd and hypocritical reality that must be faced on a daily basis for many.

Reinforcing the stereotypes within the community

These fetishized stereotypes, however, are often reinforced by the community itself. One prime example of this would be what you see in your typical gay pride parades. Some common images you might see at your local gay pride parade include: practically nude individuals, men and women shackled or gagged, suggestive dancing, and the list goes on. 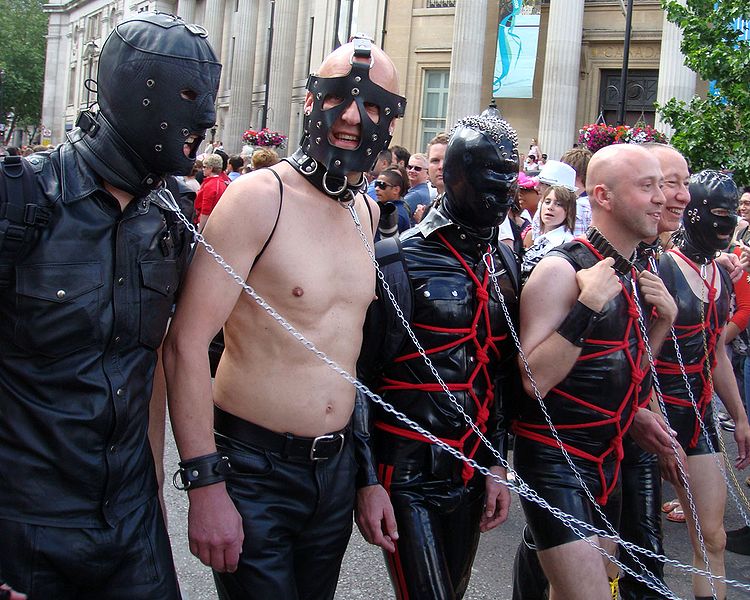 Sights for the public eyes to see. Now, don’t get me wrong, I am in no way saying that there is anything wrong with these practices or displays of sexuality. It is important to embrace your sexuality and I believe that sex positivity should be expressed ESPECIALLY within a group that has been condemned for it for so long. But when you choose to overtly display this for all of society to see, it will undoubtedly create a stigmatized image in the eyes of those who do not understand or have never been exposed to this type of behavior before.

Also, if you yourself identify as a gay, bi or trans person, yet are more on the “vanilla” spectrum when it comes to sexual preferences, this fetishized image of the gay community may make you feel ostracized. You may feel as if you do not belong to a group that emphasizes so much on the sexual aspect of things when you yourself aren’t as involved as others might be.  The constant and overwhelming sexual aura that predominates the LGBTQ+ community may make these individuals feel as if they want to recoil from the group rather than integrate within it.

Depends on how you take it

For this prime reason, many may choose to distance themselves from the LGBTQ+ community in general because they do not want to be associated or judged by those who perceive the term LGBT with promiscuity.

The sad part is that even if you yourself know these associations to be false or exaggerated, the fact that these generalizations exist is still the reality of the situation. Therefore, if you choose to openly associate yourself with this group, it leaves you as an open target for others to misjudge you. For some, this notion may have absolutely no impact on them whatsoever. They may hold a more laissez-faire attitude in regards to the judgment of others, but for some, the associations may leave them feeling uncomfortable and unwilling to include themselves.

These fears of misjudgment may even go so far as to hinder the individual form opening up about their own sexuality or identity to those whom they are not yet familiar with. They may be much more selective as to whom they disclose their personal information with.

I myself, as a woman who identifies as a lesbian, personally find it quite irritating when people, upon first discovering that I’m gay, assume things about me based off of lesbian stereotypes. Stereotypes that so strongly misrepresent several factors of my identity and character. As someone who is sensitive to the thought of being placed into a category that does not define her at all, I prefer to keep my sexual preferences on the down-low and choose the people to whom I will disclose it.

The Family that you choose 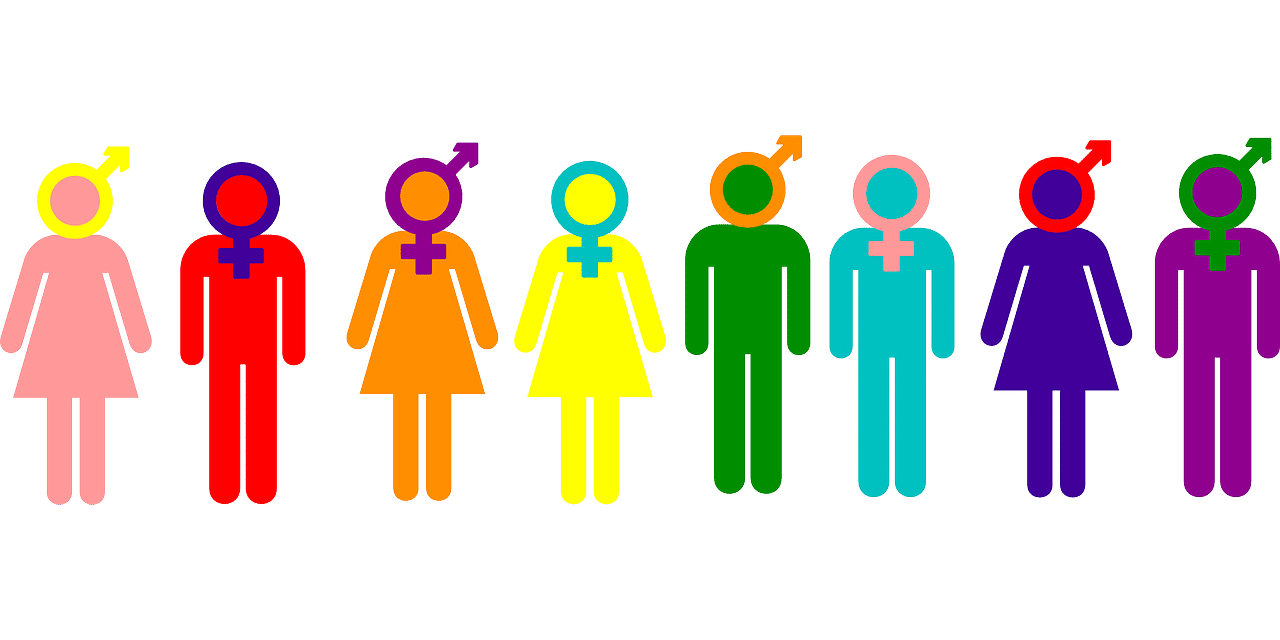 In my case, another aspect that makes me not super keen on being explicitly open about my sexuality or my association with the community is the fact that I came from a very traditional background. Growing up surrounded by homophobic, Mediterranean parents and relatives always left me feeling as if I needed to hide my sexuality.

Even though I am now completely comfortable with who I am, the journey of getting to this point was not always easy. A sense of lingering shame that one experiences coming from a homophobic upbringing can leave the individual with a sense of subconscious caution. They may feel the need to distance themselves from the community overall, or indulge in it on occasion in secret.

All in all, there are countless reasons as to why one may choose to distance themselves from a community that welcomes them with open arms. From societal stigma to misrepresentations to lingering feelings in relation to upbringing, choosing to be a part of something essentially comes down to how you feel. There is no right or wrong answer as to whether you should associate or not.

The LGBTQ+ community is not a cult with a VIP membership. It is a group of like-minded, caring and accepting individuals who are sharing similar struggles. Choosing whether you want to identify as a part of it or not is completely up to you. Whether you perceive the community as a tool, a fun environment, or if it’s simply not your thing, it all boils down to your own interpretation.

Beyond Touch: What Is Astral Sex & How to Actually Do It

Finding the Best Prostate Massager: 12 Male Toys to Consider in 2022