Making Sense of Hybristophilia & The Fetishizing of Serial Killers

You may be familiar with the recent increase in interest towards serial killers. Namely, those of whom who have committed aggressive and sexual acts against women. Ironically, there is a significant number of women who tend to fetishize and romanticize these cruel and vile men. Despite being a potential threat, women all around the globe are oddly attracted to these criminals. Some go as far as to sending love letters to their locked-up lovers. Even stranger yet, some women will go out of their way to visit or even engage in a romantic relationship with their murderous boyfriends behind bars.

As absurd and shocking as it may seem, this perversion is a common enough phenomenon to be granted its own name. Hybristophilia is a paraphilia in which one experiences sexual arousal by being intimate with a partner who has committed outrageous crimes, such as rape or murder, against another. The word stems from the Ancient Greek verb ὑβρίζειν hubrizein, meaning, “to commit an outrage against someone.” However, this sexual paraphilia is more commonly referred to as the Bonnie and Clyde Syndrome after the infamous American criminal couple.

In January of this year, Netflix released a four-episode mini docu-series entitled Conversations with a Killer: The Ted Bundy Tapes. Four months later, Netflix released a film by the same director called Extremely Wicked, Shockingly Evil and Vile starring the young and handsome Zac Efron playing the role of Ted Bundy. The film is a biographical crime thriller based on the real-life crimes of Ted Bundy. It had received decent reviews and ratings. 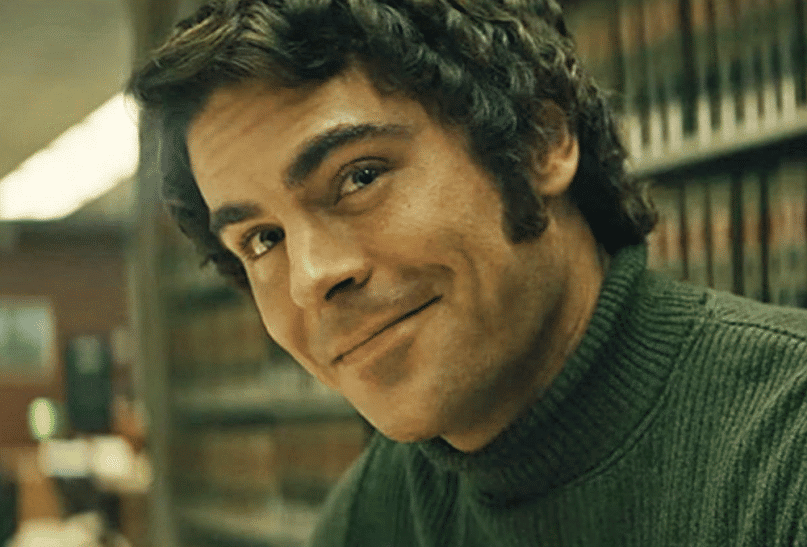 However, it was criticized and accused of romanticizing the criminal and his crimes. Many found that Bundy’s portrayal was a little too attractive and appealing for their liking. The movie was critiqued as seeming more like a Rom-Com flick rather than a realistic depiction of just how evil Bundy really was. With such a dreamy and appealing portrayal of Bundy, many thought that this was, in a sense, minimalizing and devaluing the severity of the devastating crimes that were actually committed against over 30 plus women.

One reason why an attractive portrayal of a murderer is thought to be problematic by some is because of the influence it might have on its audience. It is undeniable that we are living in a serial-killer-obsessed world where serial killer culture is a disturbing reality. Serial killers have forever fascinated the minds of those with a morbid curiosity and have been part of our popular culture for decades. Real-life serial killers often achieve celebrity status with regards to their popularity. Their names become immortalized through their evil deeds. Whether one is fascinated by the acts and wishes to emulate them, or whether one becomes enthralled by the killer in a romantic way (mainly women), the serial killer culture is a progressive path that may lead to something more dangerous. Easily influenced, naïve and gullible women are easy targets to get sucked into a whimsical fantasy of these bad boy romances. 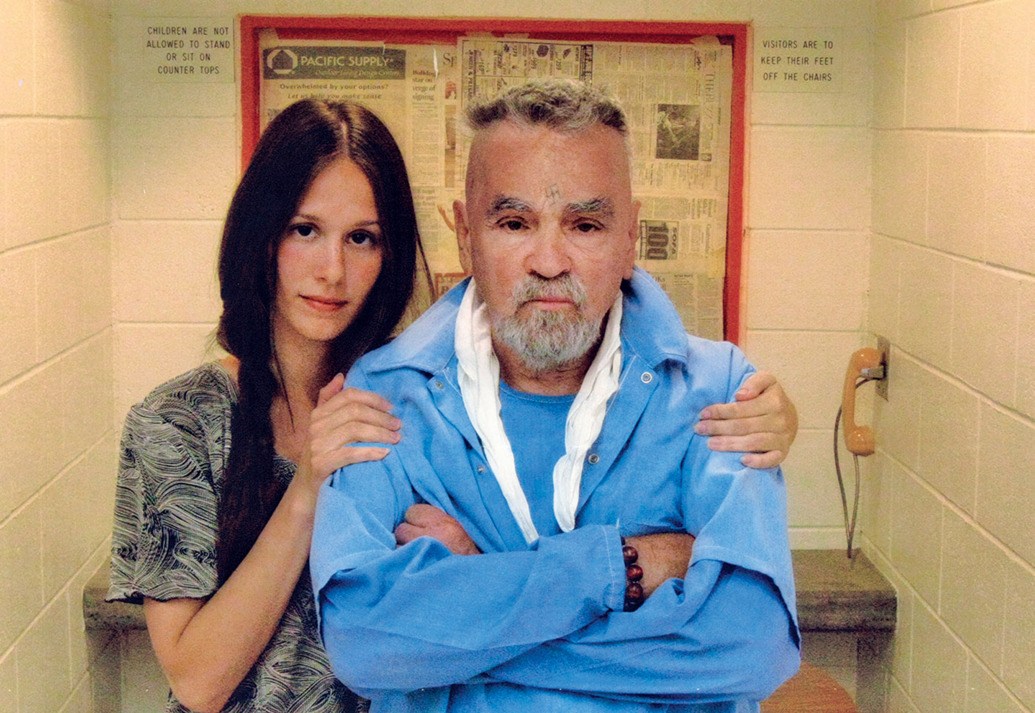 Why do women fall for bad boys?

This leads us once again to the famous yet overly simplified question: “but why?” If you are even slightly familiar with the psychology behind sexual paraphilia, you probably already know that there is never a straightforward and clear-cut answer to this question. Only hypotheses and theories may be proposed through case study analyses. Varying factors may influence what one is sexually aroused by such as psychological factors, childhood experiences, trauma etc.

Director of both The Ted Bundy Tapes and Extremely Wicked, Shockingly Evil and Vile, Joe Berlinger, defends the portrayal of Bundy in his film. He argues that the charismatic and enticing acting that was so well-executed by Efron is in fact a realistic portrayal of the serial killer. It is in no way meant to romanticize the murderer or his crimes. His claim emphasizes that most, if not all, serial killers must in fact be extremely charismatic individuals in order to successfully lure and trick their victims into submission. If serial killers were DND characters, charisma would be number one on their stats checklist!

One reason behind this bizarre attraction is thought to be due to this very quality. Charisma, defined as compelling attractiveness or charm that can inspire devotion in others, is indeed a trait that is found in many serial killers and maniacs alike. A charismatic and self-confident character generally tends to appeal to those who have low self-esteem and low self-worth. Women who are the target of this attraction may be easily influenced and enthralled by the compelling façade and seductiveness of these men.

The appeal of a dominant partner

With a lack of self-esteem often comes the desire to identify as a follower rather than a leader. Those who do not think highly of themselves generally find it difficult to be at the forefront of a relationship. These individuals find much more comfort in submissively following the lead of their partner. The solace that is found in submitting to a dominant partner is especially accentuated when said partner has committed a heinous crime such as murder or rape. This is because the act of killing another human being can be viewed as the ultimate act of dominance over the victim. It takes a special kind of person to be able to go through with such a crime. In the eyes of a weak-minded and easily influenced individual, this sense of power and strength may seem exhilarating and enticing.

An example of a charismatic leader who persuaded and manipulated dozens of people to view him as a venerated figure is the infamous Charles Manson. Even though Manson himself is technically not considered a serial-killer since he mainly had others do the dirty work for him, his charismatic persona can be equated to that of a serial killer. Many of these vile killers are often well-spoken and well-educated men. Traits that amplify their lure and appeal. 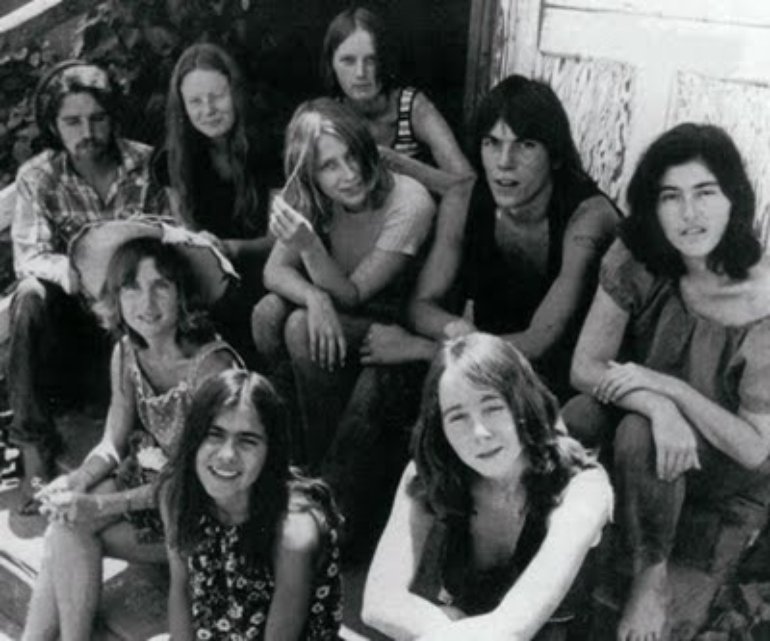 Another theory as to where this attraction stems from is thought to derive from the female instinct of being a maternal caregiver. Biologically, a woman’s instinct of nurturing and caring cannot be denied. Throughout history, society has always placed women in the role of the caretaker. This is because a woman’s body is biologically adapted to grow, nurture and feed their offspring. Their psychological and emotional awareness often parallels this biological instinct in that they are compelled to easily empathize with others.

Women may view these murderous men as lost and broken beings that need fixing. They may wish to believe that deep down beneath the hard exterior lies a little boy lacking love and affection.

Another, less altruistic, reason for being compelled to love a serial-killer may simply be because of the desire to share that killer’s fame. As previously mentioned, a serial killer’s name will often become immortalized through his deeds. Bundy, Dahmer, Gacy, even Jack the Ripper are household names that will never fade out of existence.

The compulsion to partake in this fame can easily be achieved by women without ever getting their hands dirty! Being deprived of a woman’s touch for the length of multiple life sentences would make it quite easy for these narcissistic females to woo these incarcerated men.

And hey, a relationship where you don’t have to worry about cleaning up or taking care of your partner doesn’t sound too bad now, does it?! This freedom and fame may compel some women to take up the grim and selfish task of marrying a murderer.

Whatever the reason may be, the psychology behind such a morbid attraction is quite fascinating. Fame, an overwhelming sense of nurturing or simply a morbidly inexplicable attraction are just some of the endless reasons why one may be attracted to a serial killer. As odd as hybristophilia may seem to the average Joe, it is a paraphilia worthy of exploring. Albeit a dangerous one, this attraction isn’t as uncommon as we may think. Serial killers all around the world constantly receive hundreds of love letters from swooning women of all ages. For some, the more outrageous the crimes, the more intense the attraction.

Without passing judgment, if serial killers are your thing, make sure to act responsibly. Sending an anonymous love letter or two may be harmless and may hopefully be enough to satiate your desire. Yet it would strongly be advised not to go as far as consummating this courtship. The outcome could be deadly! (No pun intended).

Questions You Were Too Afraid to Ask Trans People 2: Electric Boogaloo