Not All Monsters: The Inconvenient Truth About Non-Offending Pedophiles

This may sound absurd to most of us. The term virtuous pedophile is in and of itself an oxymoron. How can one claim to be virtuous or moral while fully admitting to having vile and abhorrent pedophilic fantasies?

Well, these individuals claim that their desires are merely an unfortunate sexual orientation bestowed upon them and thus not a conscious choice. Virtuous pedophiles, also known as non-offending pedophiles, are terms used to describe an adult who admits to being sexually attracted to children yet makes the conscious effort not to partake in any illegal pedophilic activities.

Whether it be refraining himself from sexually abusing a child or partaking in the viewing of child pornography, a virtuous pedophile comes to terms with his bizarre desires and chooses not to act on them while simultaneously repressing these desires.

This topic has emerged fairly recently and has been brought to light in order to remove the stigma attached to pedophilic desires. The main argument behind this is that sexual attraction is not a choice but rather an orientation.

This is not to say that the acts of sexual abuse towards children are justified in any way, nor should the punishments for said offenses be any less severe than they already are. It is simply to make others aware that these desires exist and that they are not as uncommon as one may think.

Child pornography arrests, as well as child sexual abuse cases, have gone up drastically in recent years. However, virtuous pedophiles, or VirtPeds for short, do not wish to be viewed in the same respect as those who have already offended. 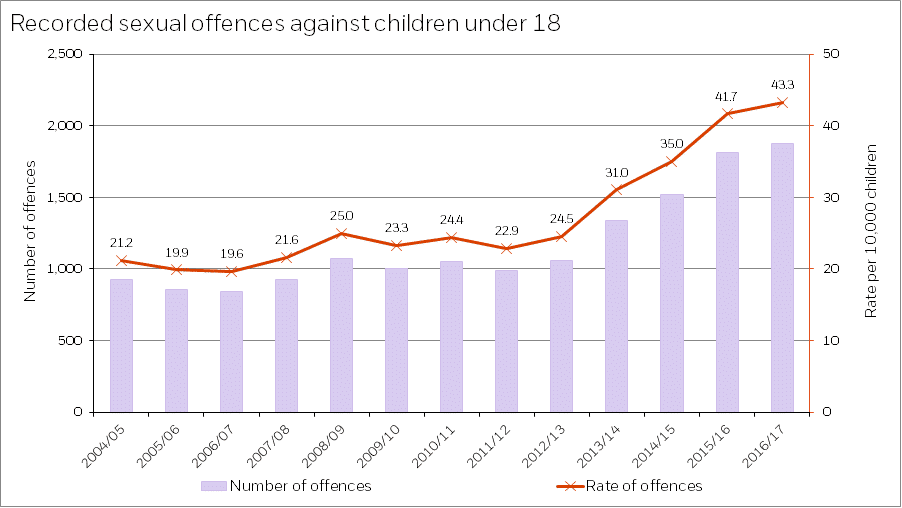 When we think of pedophiles, we automatically associate it with the image of a dangerous monster. Their actions are sometimes even paired with other heinous crimes such as murder or necrophilia.  We are made aware of their horrendous acts in great detail and we are intentionally made to fear and despise these evil beings.

We are even permitted to have access to where child offenders reside in our own communities via public sex offender registries. These registers are offered to the public so that we make sure not to let our children near these people. We ostracize them indefinitely, pushing them deeper and deeper into their own isolation.

Yet what about the ones that have never committed a crime nor ever plan on doing so? What about the pedophiles that want to seek help and live a normal life?

The issue that arises from the automatic and negative association with pedophiles is the fact that it prevents those wishing to seek help to come forward. These non-offending pedophiles will most likely remain within the confines of their own psyche simply due to their fear of stigmatization.

This intense fear is not without merit. Most incarcerated pedophiles are the ones that receive the harshest and cruelest beatings from other inmates. Pedophiles in prison, also referred to as “Chesters” or “Chomos” are even likely to be placed in special protective custody since authorities know that they are most likely not going to make it out alive if they are mixed in with other inmates. Everyone hates pedophiles and pedophilia is often looked upon as the worst imaginable crime that man can commit.

This fear of expressing one’s desires will most likely lead to repression.

Naturally, when something is repressed long enough, this repression will eventually burst and may even express itself in a pedophilic act. This is exactly what we want to avoid.

Rather than focusing on how to further ostracize the pedophiles that have already offended, why not focus our energy on preventing those who have not yet tainted the life of an innocent child. Those who are struggling and internalizing pedophilic feelings within the isolation of their own mind need to seek help immediately.

This is precisely the point of the recent VirtPed explosion. Essentially, we need to approach the issue from a different and more neutral standpoint. Psychologists agree that in order to prevent further child abuse cases, we must be mature about pedophilia and acknowledge that, unfortunately, pedophilic inclinations are a reality that must be kept in check.

Although it is difficult to conclude exact statistics on the topic, it is believed that up to 5% of individuals (the majority being males), have some kind of pedophilic desires. That is one out of every twenty people! These numbers are absurdly high and something needs to be done about it.

In 2005, a controversial project was created in Germany called the Prevention Project Dunkelfeld (PPD). The term dunkelfeld is the German word meaning “dark field,” and is the perfect term to describe the topic of pedophilia. Their reasoning is that Pedophilia is a dark and taboo subject that finally needs to be brought to light.

The PPD is a project that aims at providing clinical and psychological support to those who are sexually attracted to children. Both pedophiles and hebephiles (sexual desire to prepubescent children from the ages of 11-14) are encouraged to come forward and seek help without judgment and without fees. As with all mental health facilities, the information shared remains within the confinement of the institute unless the safety of a child is jeopardized. This service is also 100% free of charge.

The PPD project initially began with the creation of a very unique and, to some, perhaps controversial media campaign. This short ad aims at contacting pedophiles who wish to seek help. It was first funded by the Volkswagen Foundation in 2005 but was later picked up and funded by the German government in 2008.

The driving slogan of the campaign states that “no one is to blame for their sexual preference, but everyone is responsible for their own actions. Don’t offend.” It is quite a unique and, to some, perhaps somewhat uncomfortable ad to watch.

By 2010, a total of 1,134 individuals had responded to the ad and came forward seeking help. The primary method used to treat these individuals is cognitive behavioral therapy which aims at improving their coping skills and keeping their sexual desires in check. Sometimes, certain pharmaceutical drugs such as SSRIs or antiandrogens (testosterone blockers) are used to decrease libido and sexual urges.

As with any sexual paraphilia, it is generally agreed upon that what one is sexually attracted to is out of their control. There are myriad reasons as to what may trigger certain fetishes. Often times one’s sexual desire may be linked to an early childhood experience or event.

Sadly, studies show that many pedophiles themselves have been victims of sexual abuse as children. This correlation proves that their own previous abuse may have triggered their current warped sexual preference. It would simply be unfair to ostracize individuals who have become victims of their own trauma. Not only would it be unjust, but in terms of preventative measures, a tactic that aims at helping those in need seems to be much more efficient than anything else we’ve been trying thus far.

Punishment should only be granted when a crime has been committed, i.e. when a child has been abused.
And that’s the problem, a child has to suffer in the first place and a non-offender has to become an offender. Prevention is simply more humane for all parties involved and could save countless lives on both ends of the spectrum.

None of this is to say that pedophilic desires are okay, or that any actions are justified. It is simply to make others aware that the approach that has been previously used in order to address this issue is clearly not working. As much as revenge and punishment may seem satisfying at the moment, it does little to nothing in terms of resolving the problem long term. Prevention is key and in order to prevent, we must openly address the issue at hand instead of sweeping it under the rug.

If you yourself or someone you know is experiencing uncomfortable pedophilic desires, know that there is help. Inform yourself, keep an open mind and remember that harsh judgment only push those seeking help further away.