There’s really no sacrifice here as they’ll still fit it in strap-on harnesses as well. But if your favorite strap-on-wearing significant other is not available at the moment, you can just stick it on a wall and act like they never left! It won’t replace them but it’ll sure make waiting for their return that much more manageable!

But this is slowly changing as the silicone sex toy revolution pushes on! This is exactly why I wrote this article: No one, and I mean NO ONE, should have to put their health at risk just for some good sexy fun! Alright? Alright!

Now, suction cups aren’t made of magic, so not all surfaces are going to work.

Smooth surfaces are the name of the game here, so tiles, glass, plastic, & metals are your best bet. Some painted walls and polished floors might work as well as long as they aren’t too textured.

But I do have a few fun cheats that’ll allow you to use them almost anywhere:

Back in my old sex shop days, lots of people would come to me claiming their suction cups didn’t stick. There are some crappy suction cups out there, but in most cases, it’s all in the technique my friend!

Also, make sure to read our guide on what lubes to use as well as how to clean your toys to avoid any complications.

As mentioned above, these used to be very rare but are slowly becoming the new standard. They are also often the preferred option as integrated suction cups mean fewer parts to deal with.

While the basic and most affordable Colours can be quite rigid ( which can become irritating to some with their intense textures ), Coloursoft & Dual-Density Colours are perfectly squishy! The suction cups are also quite impressive for the price.

There just isn’t a ton of choice in terms of shapes and designs here. 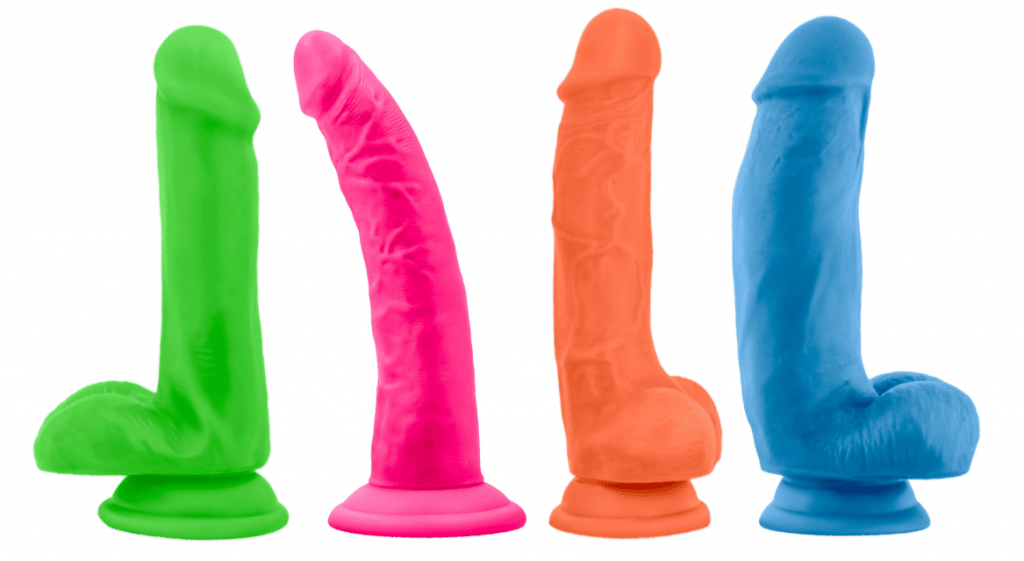 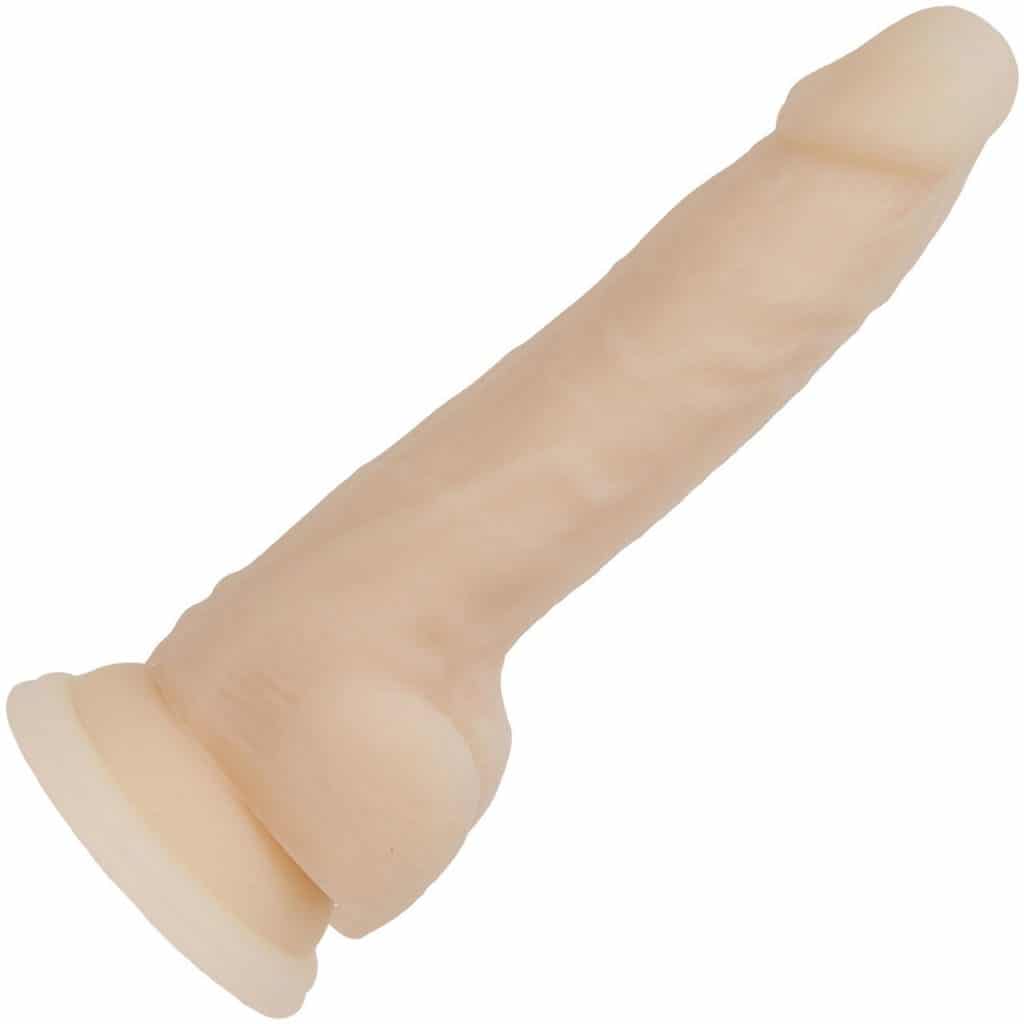 It’s pretty close to the pricier options below, which is darn impressive. I only wish they came in more sizes and colors! 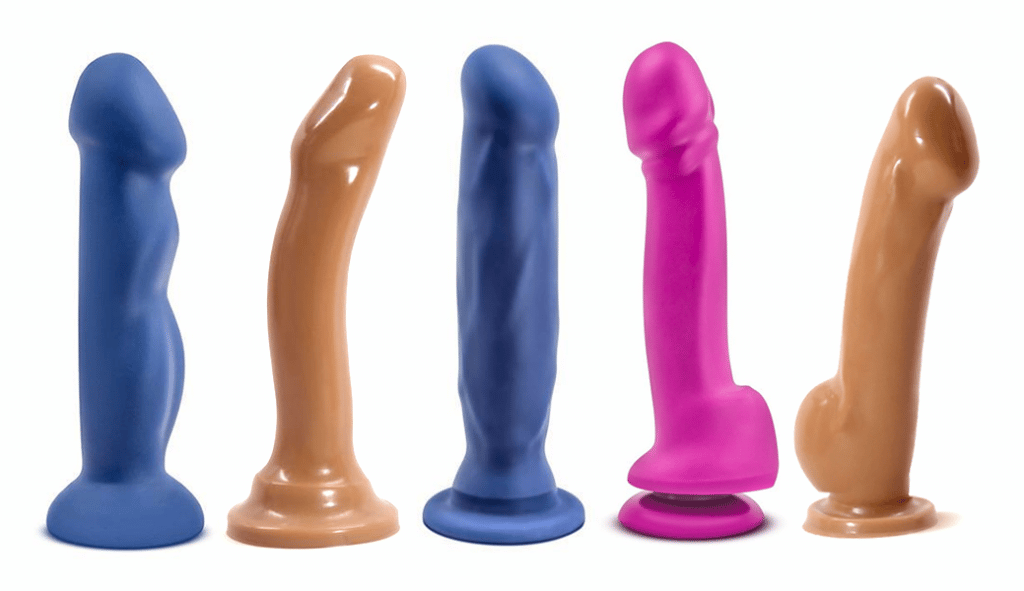 Blush Avant Ergos were really the first affordable dual-density toys on the market, paving the way for many more brands to follow closely behind.

They’re still amazing value for the money, plus being semi-realistic, they should appeal to folks looking for dual-density toys who aren’t that into folds and veins galore. 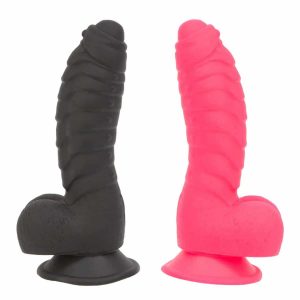 Of course, they’re not perfect. But at that price, you’d be crazy to think you can get a big silicone toy that is also completely flawless. Still, my only real critique here is that the silicone can be quite rigid. 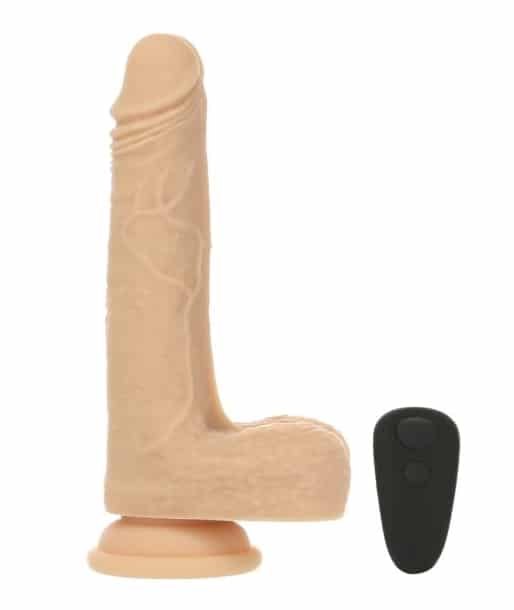 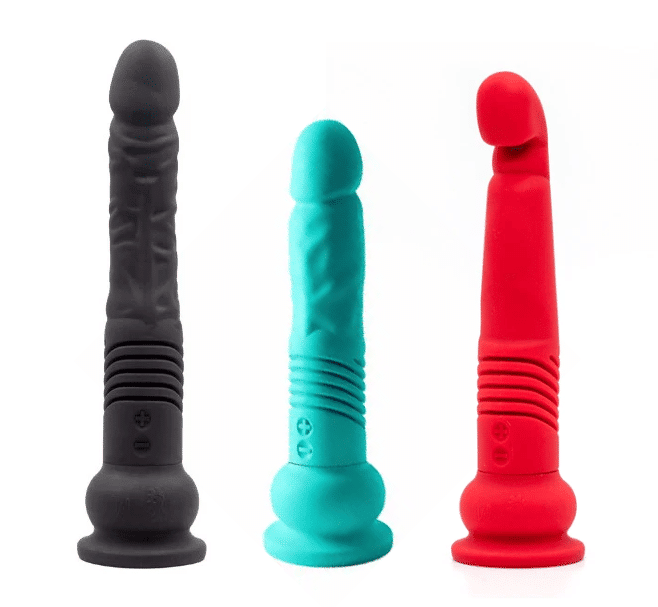 They offer 2.5 inches of stroke length, vibrations, and great little suction cups. It also helps that they come in plenty of colors and shapes! 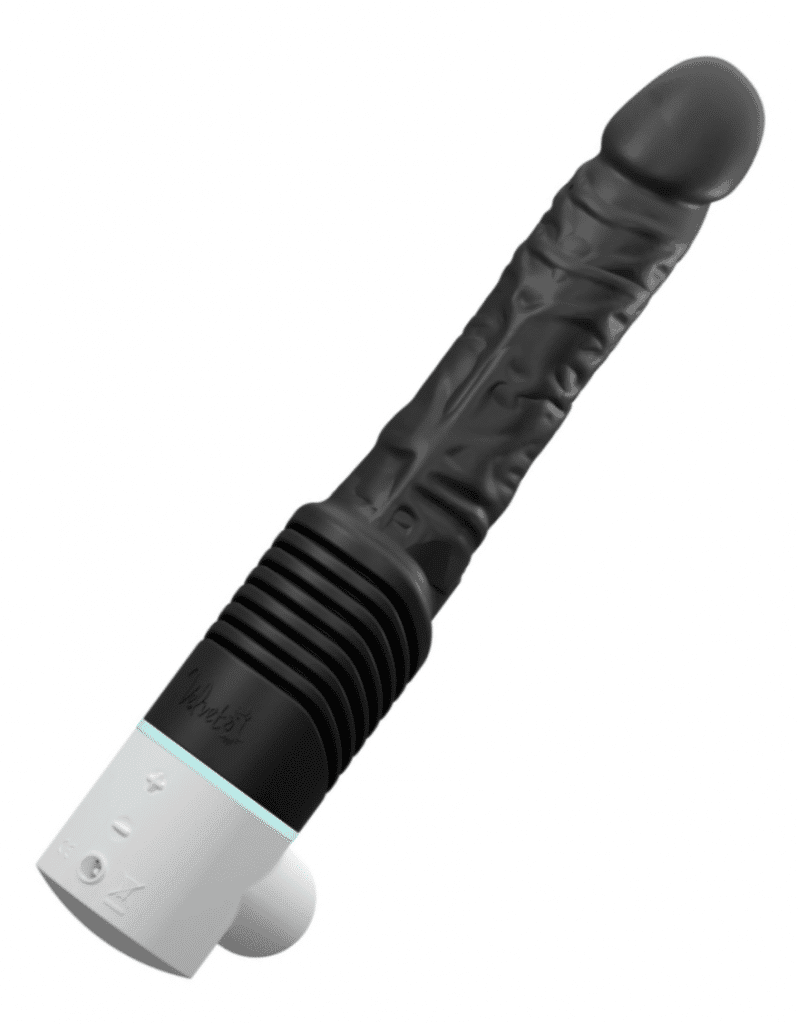 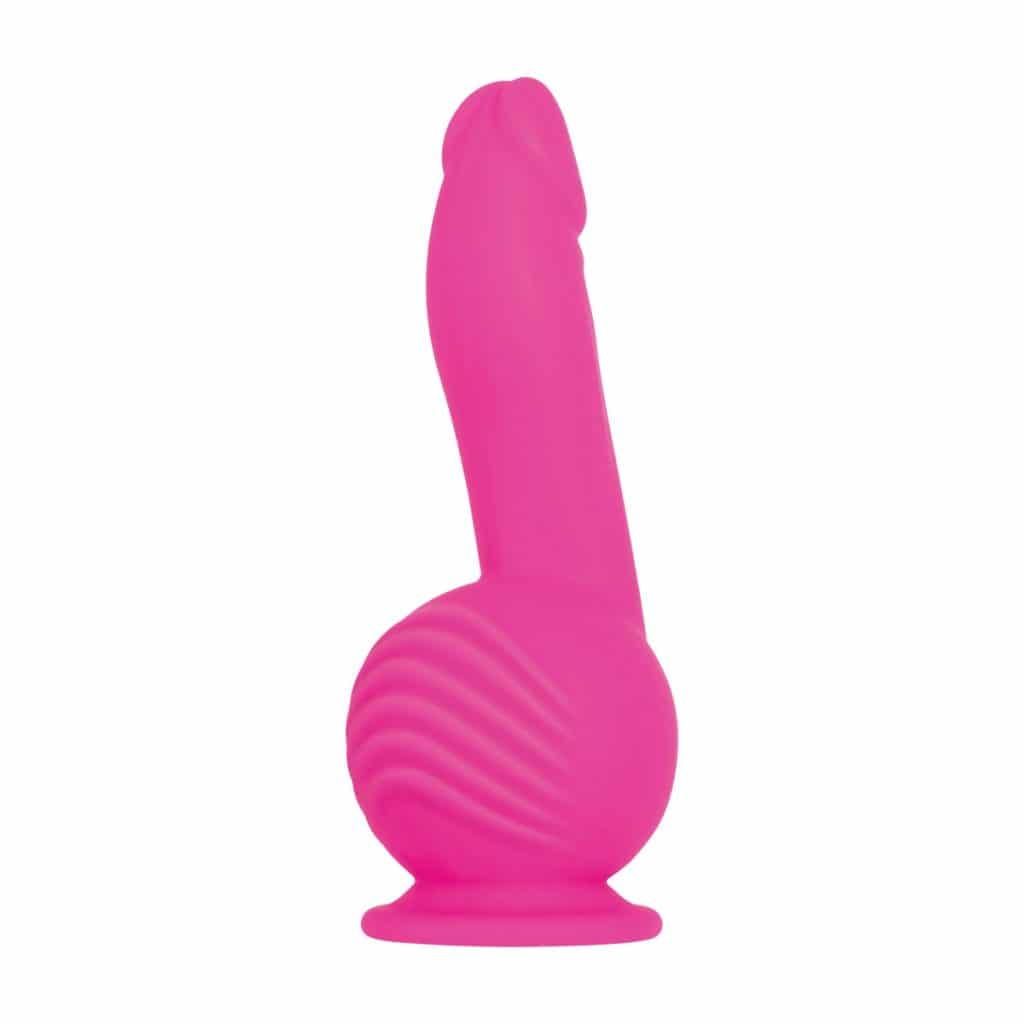 Hell, it’s about as powerful as a full-sized Wand!

Sinnovator is a great alternative to the often controversial Bad Dragon.

Most of their toys are highly customizable and come with the option of adding a suction cup for a few extra dollars.

These are also often more affordable than Bad Dragon, but keep in mind that they ship from the U.K. so shipping might be more expensive for folks in America!

Squarepegtoys make gorgeous large realistic and abstract toys for all you size kings and queens out there.

They almost all come in beautiful metallic finishes and quite a few of their models come with suction cup options! So if you like them large and in charge, SPT is the brand to check out! 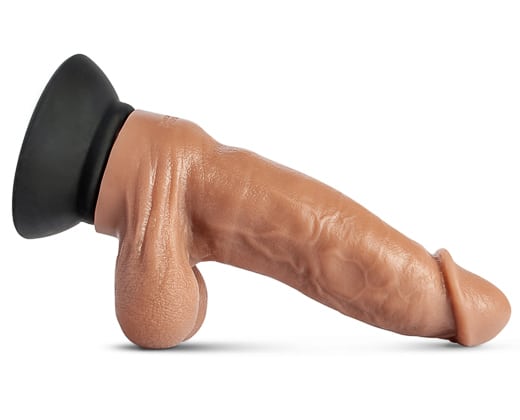 Even though it was somewhat abandoned by its inventor ( the sometimes controversial & pusher of non-body-safe sex toys: Doc Johnson ) Vac-U-Lock has become quite popular none-the-less due to its great versatility.

Quick tip: Use water-based lube to make insertion and removal of the suction cups a tad easier. 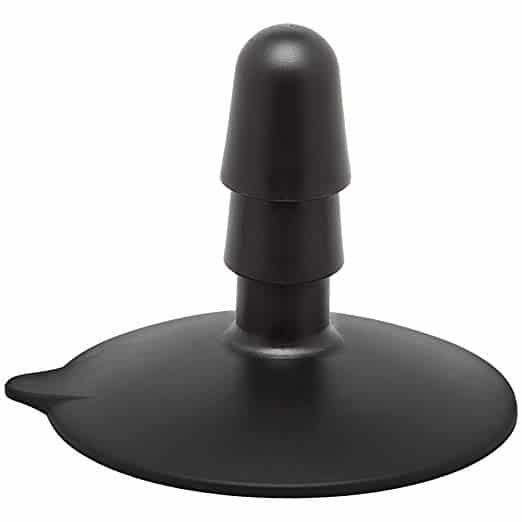 The official Vac-U-Lock suction cups from Doc Johnson are a bit hit and miss.

You can choose between their basic small suction cup that comes included with most kits or the larger model ( seen above ) that is supposed to work a bit better.

Just avoid their deluxe suction cup, since it’s a pretty flimsy and ineffective build. A real shame since, if done well, this could’ve been a great attachment. 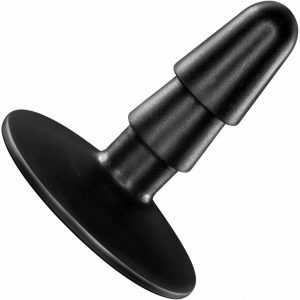 Though, as always, your success may vary since it always really depends on the surfaces you use as well as the weight of your toys. 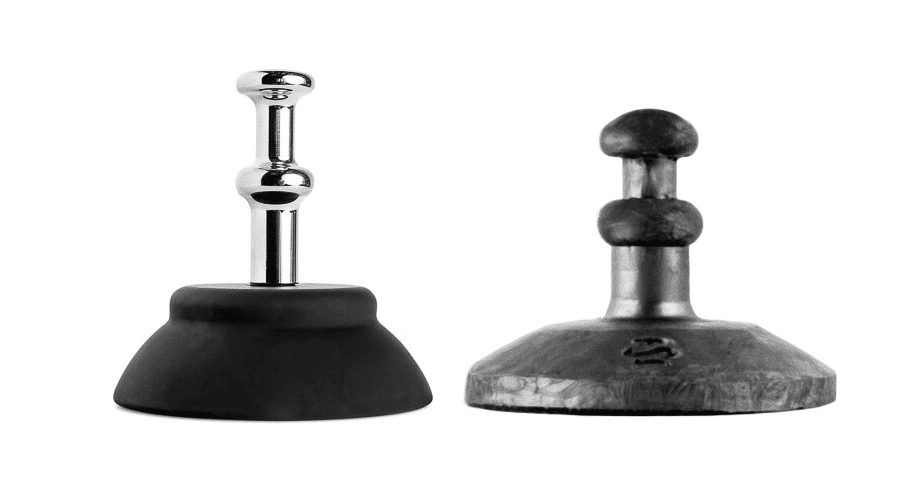 If you want the best performing suction cups, look no further than from the XL sex toy experts themselves: Mr. Hankey & Sinnovator.

The Sinnovator suction cup on the other hand is completely made of silicone so it is very easy to sanitize. You can choose from a ton of gorgeous colors if you wish to match them with your toys as well. The only downside is that it ships from the U.K. So if you’re not European, you might have to pay a bit extra for shipping.

Velvet Thruster’s Universal Mini is the suction cup to beat all suction cups. Why? Well, it’s basically a mini sex machine as well!

While suction cups are great for hands-free play, it’s definitely better if you don’t have to pump yourself! Plus, it also vibrates, which is definitely a great little extra to have.

So if you like the idea of an affordable handheld sex machine with Vac-U Lock compatibility like on the full-size machines, this is it, folks! 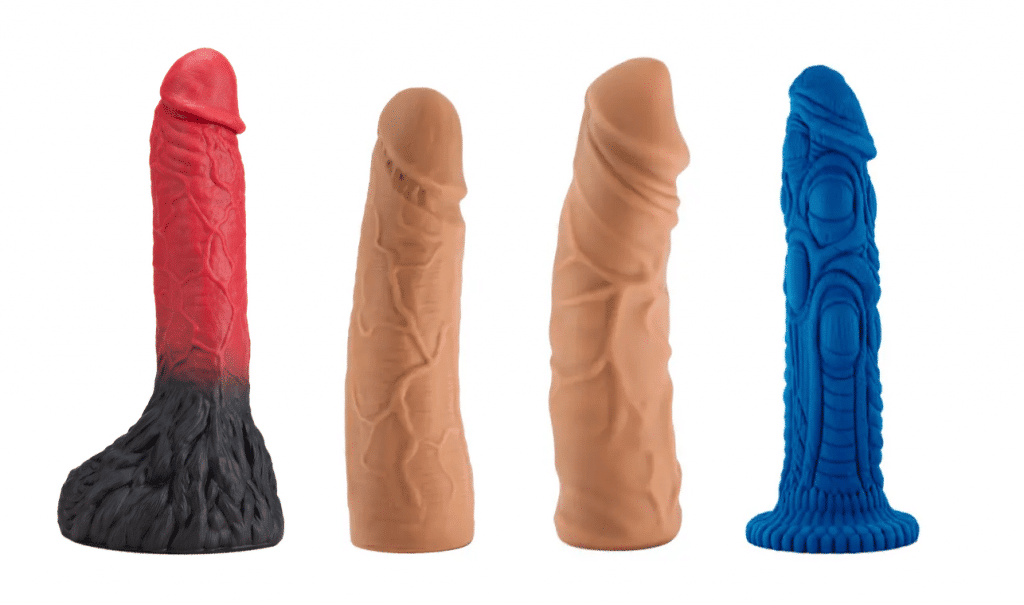 They do make smaller “normally sized” toys ( they call them X-Small! ) but these don’t come with Vac-U-Lock options, sadly! 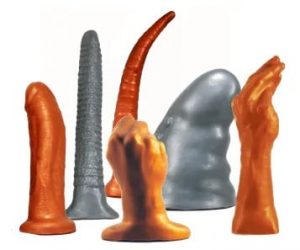 Squarepegtoys is another key contender for the best XL silicone toys.

Beautiful gorgeous metallic designs are on the menu here. Just keep in mind that they call their Vac-U-Lock holes SquarePegHoles! 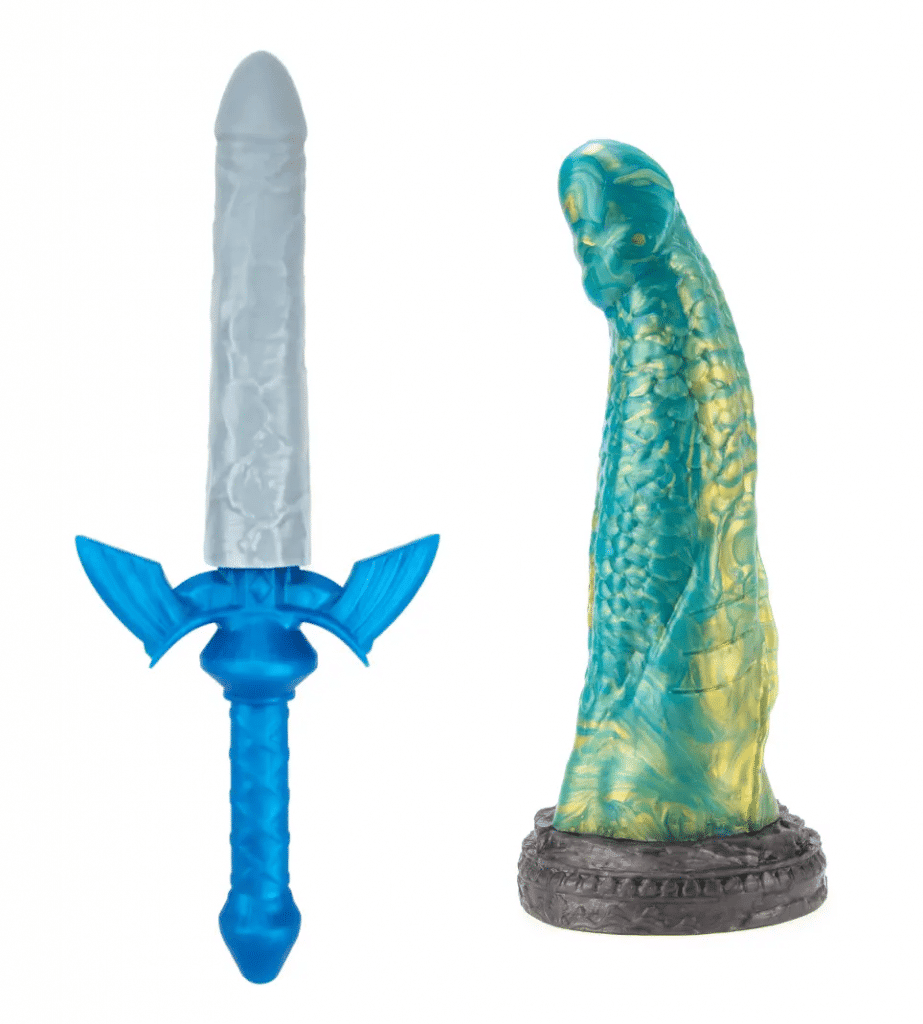 They don’t have a ton of Vac-U-Lock compatible toys, but each one of them is so unique and awesome I couldn’t skip them!

UPDATE: They are currently temporarily closed due to covid-related issues.

Sinnovator is one of the best Bad Dragon alternatives out there.

They offer tons of customization options including Vac-U-Lock holes! Just keep in mind that they ship from the U.K. so orders from America might be subject to extra shipping fees. 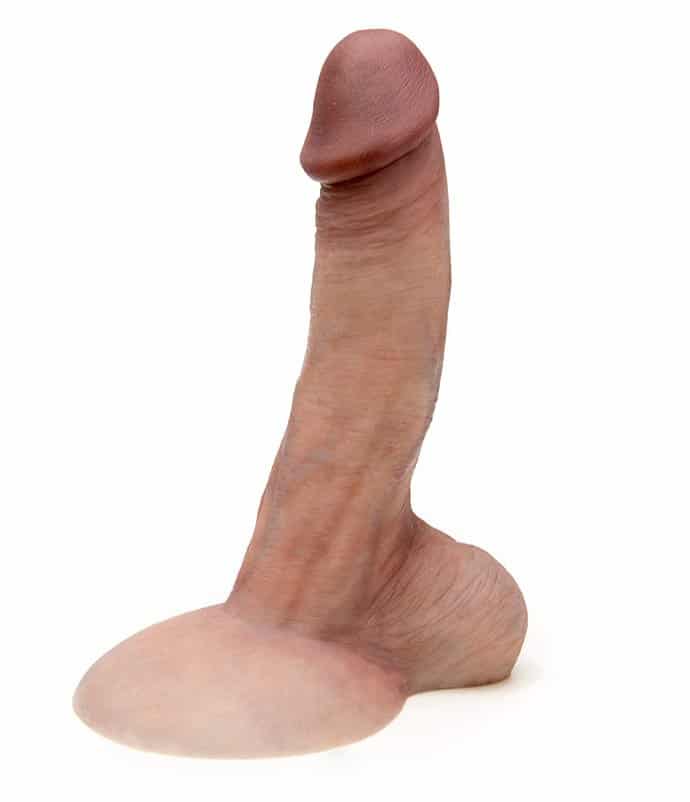 They are dual-density, come in multiple sizes and colors, and are hand-painted for extra realism. And let’s not forget about the floating balls!! But more importantly, each model comes with a handy Vac-U-Lock hole! 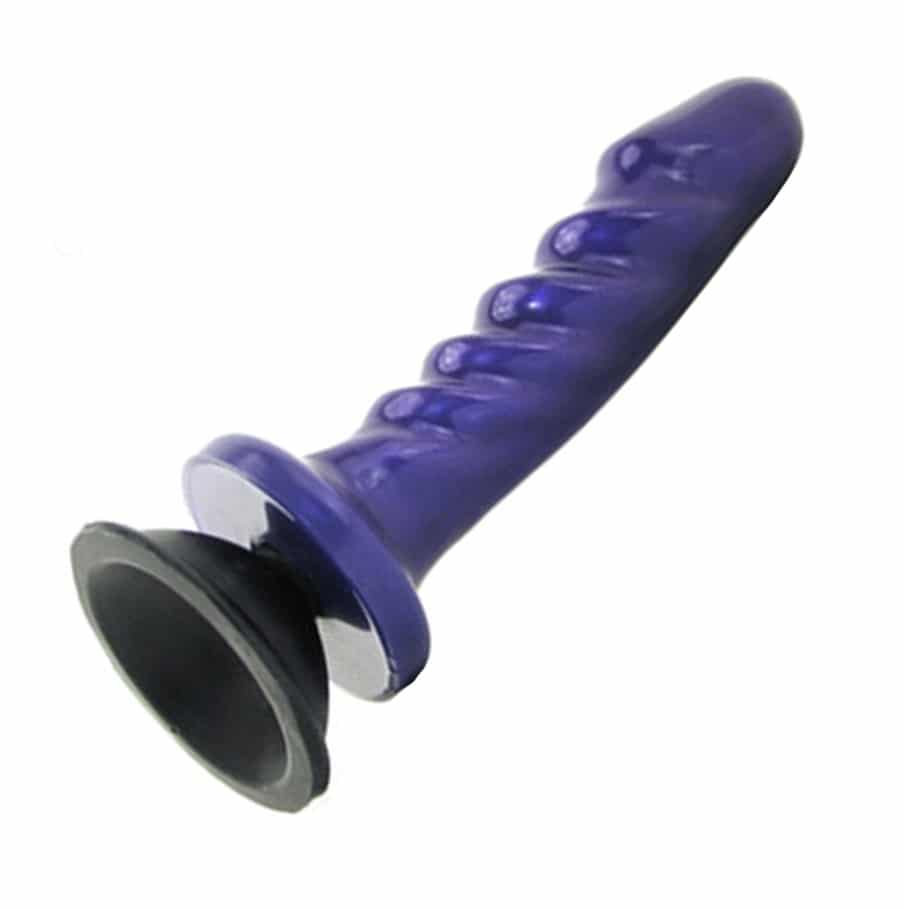 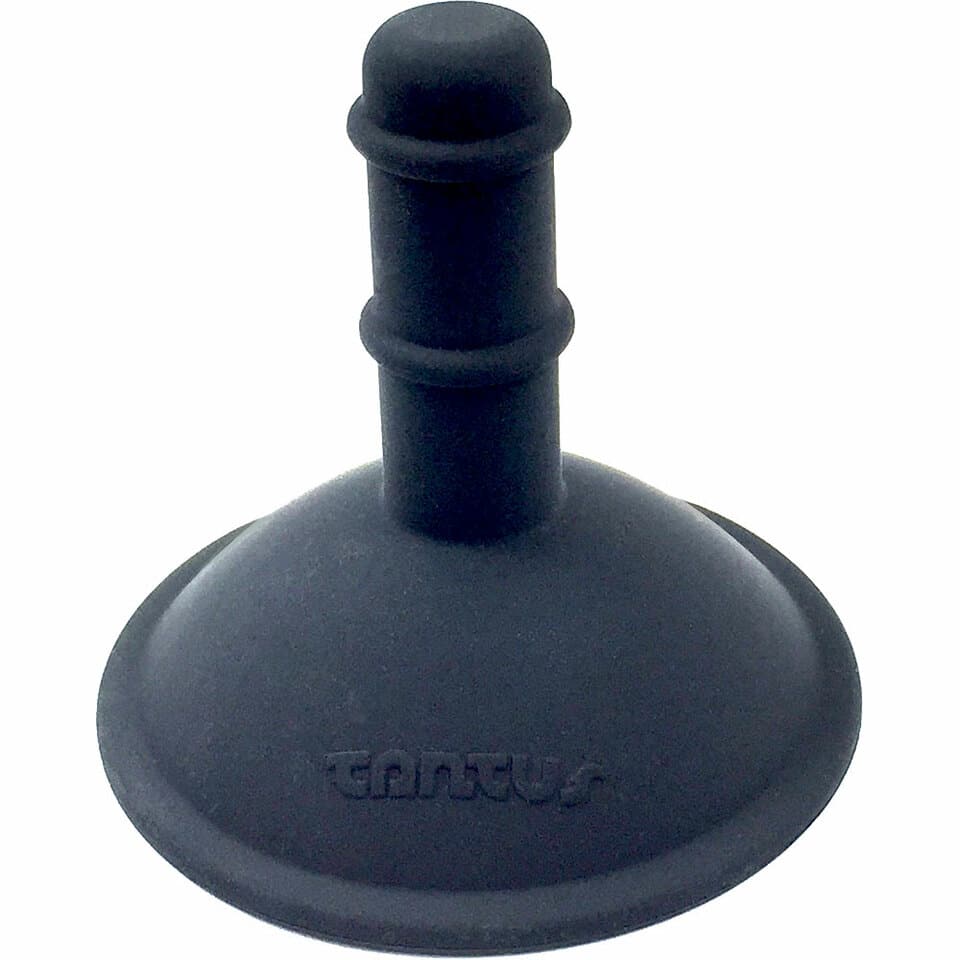 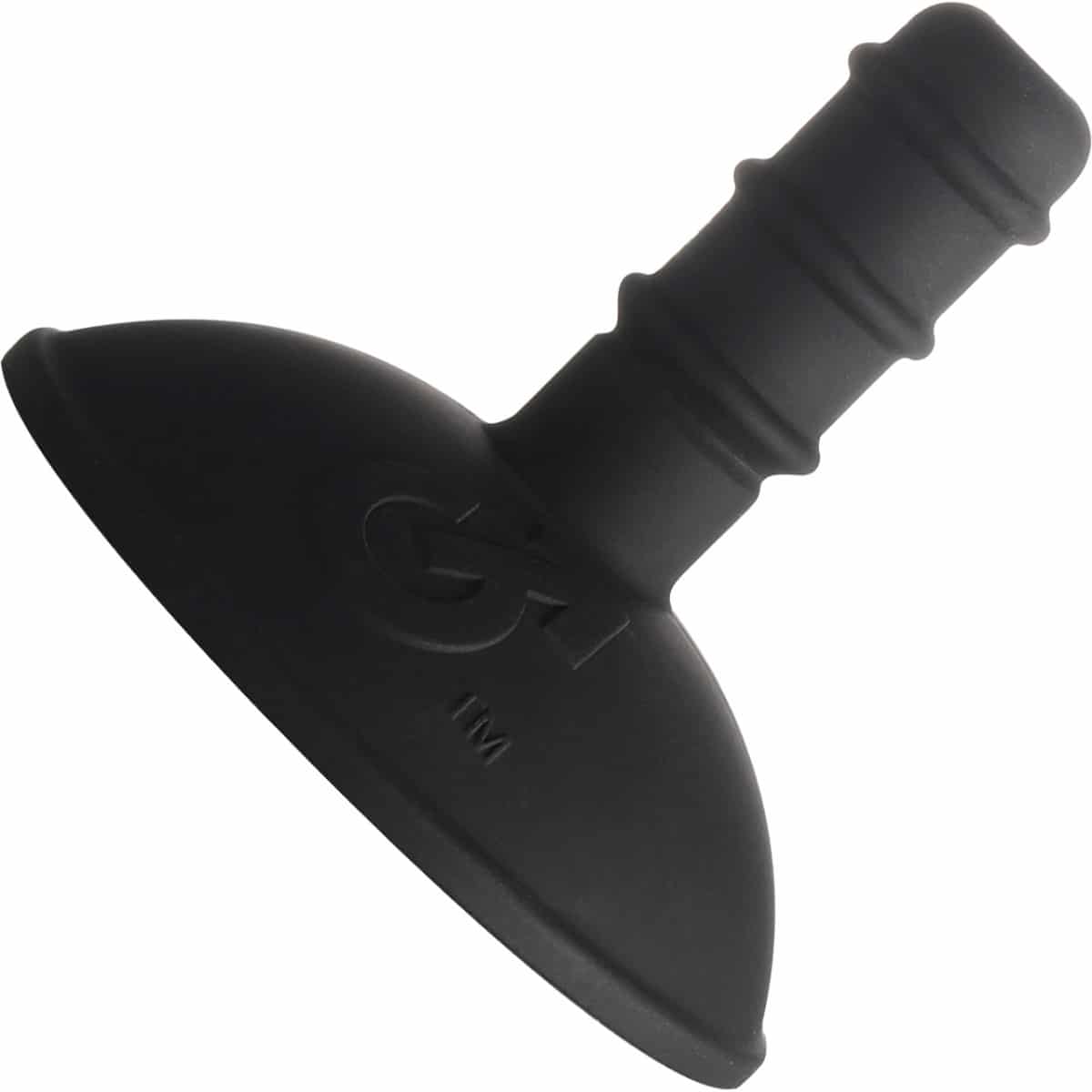 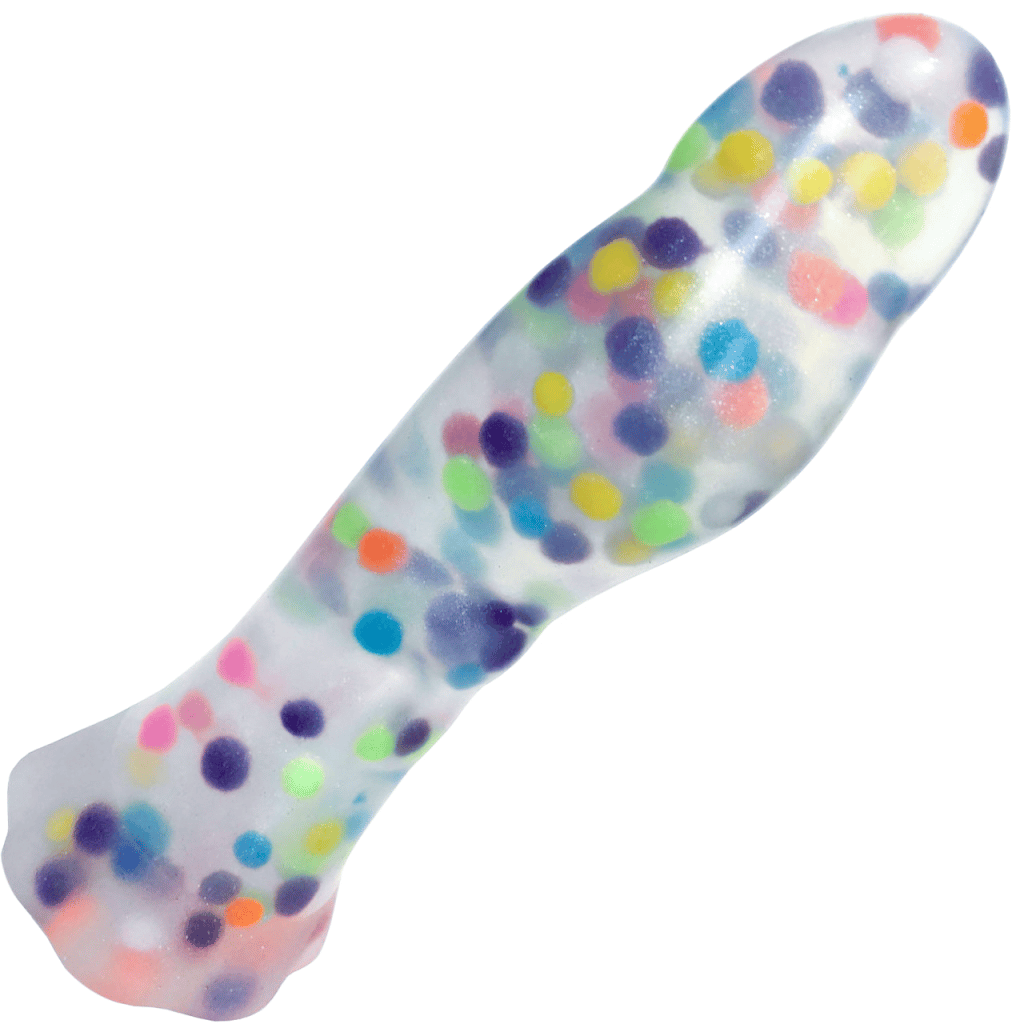 The Jollet is tailor-made to fit the female anatomy and comes in the quirkiest designs you’ve ever seen!

Plus, all the quirky designs the Jollet comes in are bound to brighten anyone’s day; Man, woman, or anything in between!

Sadly, they don’t make any for their great Vixskin material except for a few VERY limited editions. But their basic silicone is so nice and squishy I won’t complain!

Tristan 1 & 2 are probably some of the best Butt Plugs around, which is awesome to know since now they can now be used entirely hands-free! 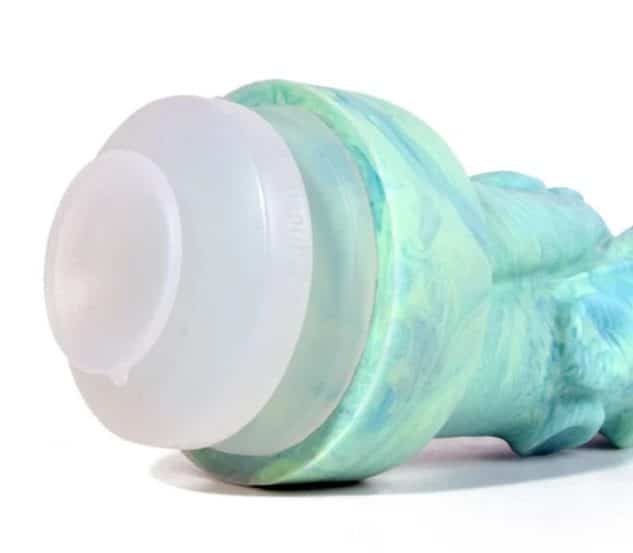 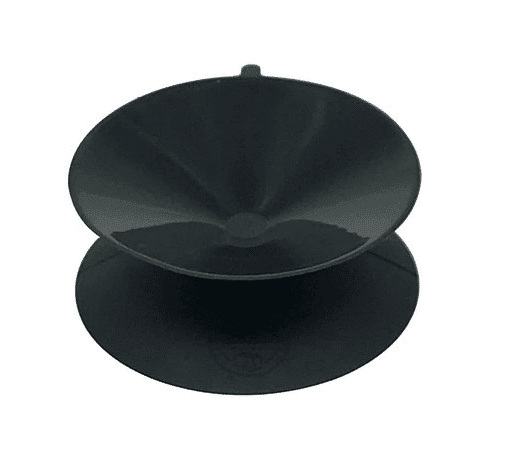 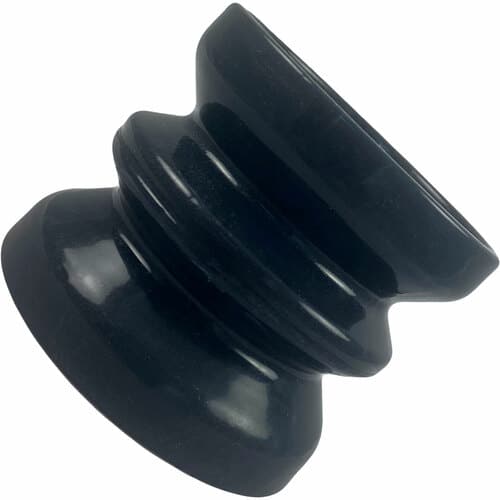 These are a touch more expensive than NYTC’s but, made of silicone, they’re more durable and also come in multiple sizes. These are a bit of a rip off of Lustart’s design, so keep that in mind if you’re torn on who to encourage! 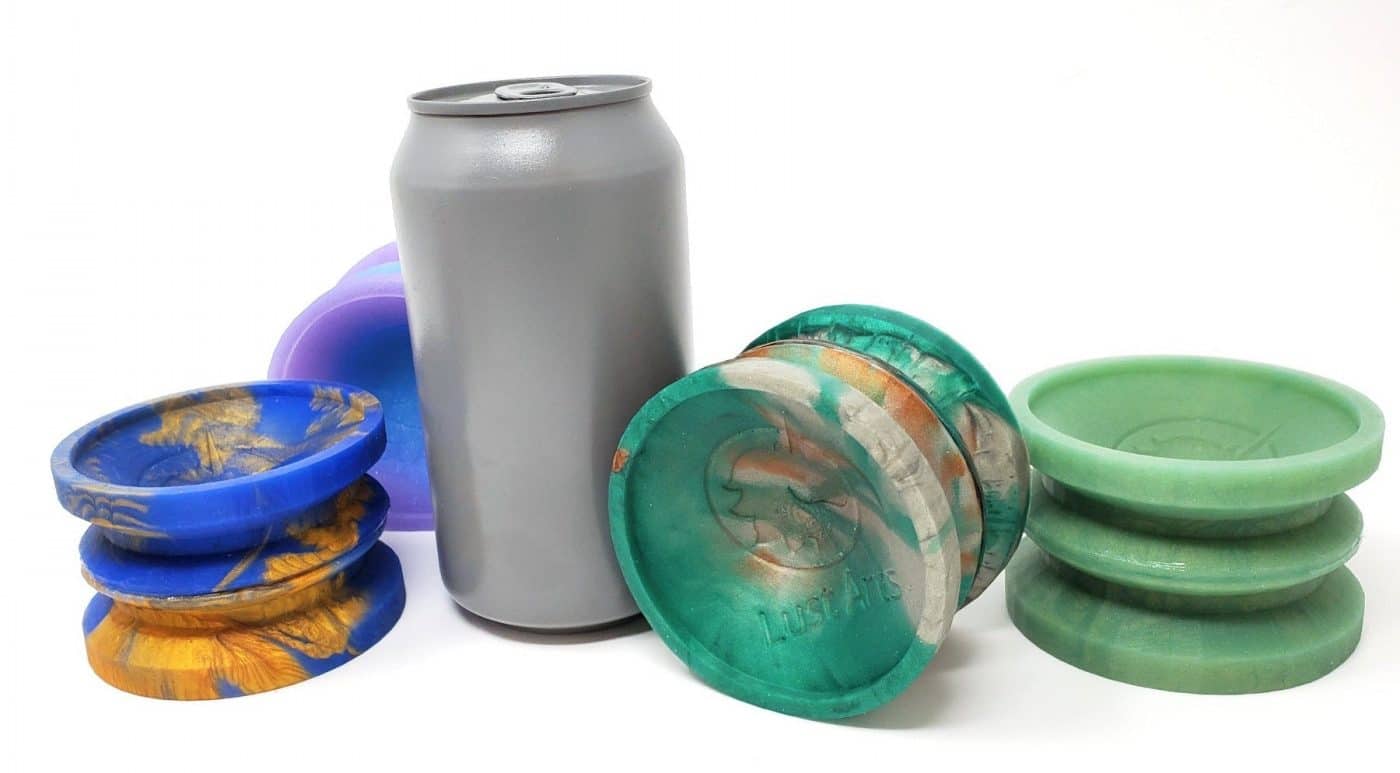 Lustarts Double-Sided Suction cup are probably the most beautiful option.

They come in tons of sizes and gorgeous marbled colors and work extremely well as they were designed to handle large toys. Just expect long shipping times as they are hand-made and shipped by the person who makes them! 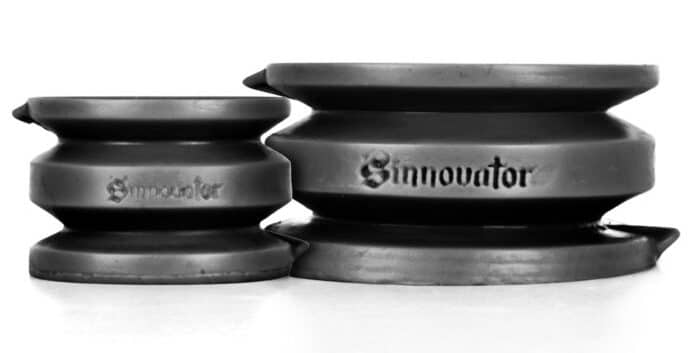 Of course, since they ship from the U.K. expect extra shipping fees if you’re ordering outside of Europe.