Hitachi was at the forefront of that revolution with their Magic Wand and… they didn’t like it at all.

Being a leader in home electronics, Hitachi didn’t appreciate being associated with the sex toy world. So they gave the reigns back to Vibratex, their Magic Wand distributor and the Magic Wand only got better since!

With Magic Wand being now the gold standard, they have accumulated a nice roaster of third-party attachments and accessories.

So much so that many other brands of Wand vibrators made sure to make their wands compatible with other Magic Wand accessories!

Therefore, this article features the best attachments that are compatible with both the Vibratex/Hitachi Magic Wands and other third-party compatible wands!

Not all wands will work with Magic Wand Attachments. Heck, most small and medium-size wands won’t work at all. But there are still some pretty amazing ( and may I say… sometimes even better ) wands that will work perfectly with them!

These are some of the best compatible wands:

Other wands that will work as well:

Read our guide on the best Magic Wands & their alternatives for more information! 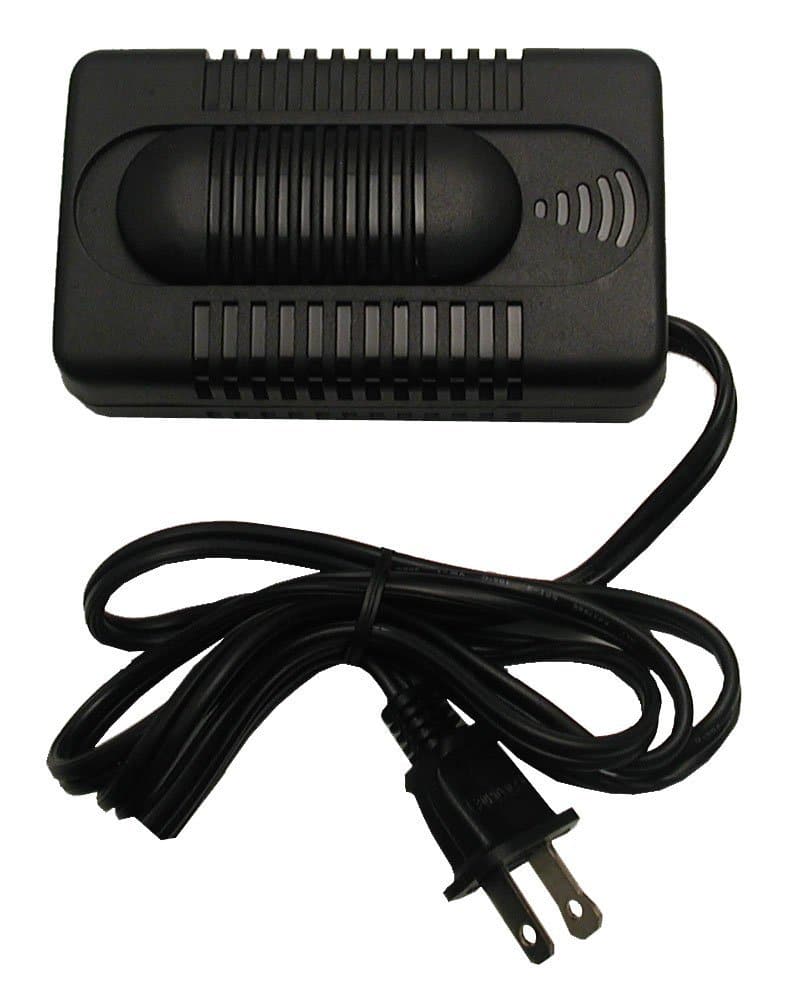 This is the most important add-on you can get along with your Magic Wand Original.

On top of getting rid of the two-speed limitation, this adds an extra 6 feet of reach to your toy, for a total of 12 feet overall.

Plus, thanks to this little fella, you won’t have to briefly shut down your toy every single time you change the speeds. A drop that can be quite frustrating mid-coitus!

Disclaimer: This extension MAY hurt your Magic Wand’s longevity, though a lot of folks still swear by this method.

The Pop Tops are another essential add-on if you decide to go with the Magic Wand Original OR if you wish to play with multiple partners.

They are medical-grade silicone covers that go on top of your original wand’s head. Which is a godsend for Magic Wand Original owners considering that it is pretty much impossible to sanitize the OG’s PVC head. Something that could be crucial, especially if you intend on sharing your wand with a partner.

Additionally, the rough texture found on the original head can become quite irritating if you enjoy rubbing on your toys.

So let’s just say it’s a little hard to live without them once they make their way into your life.

For most people, the smooth version should probably be your go-to, but the other models are still a welcome addition for texture lovers.

Off With Your Head by Vixen Creations 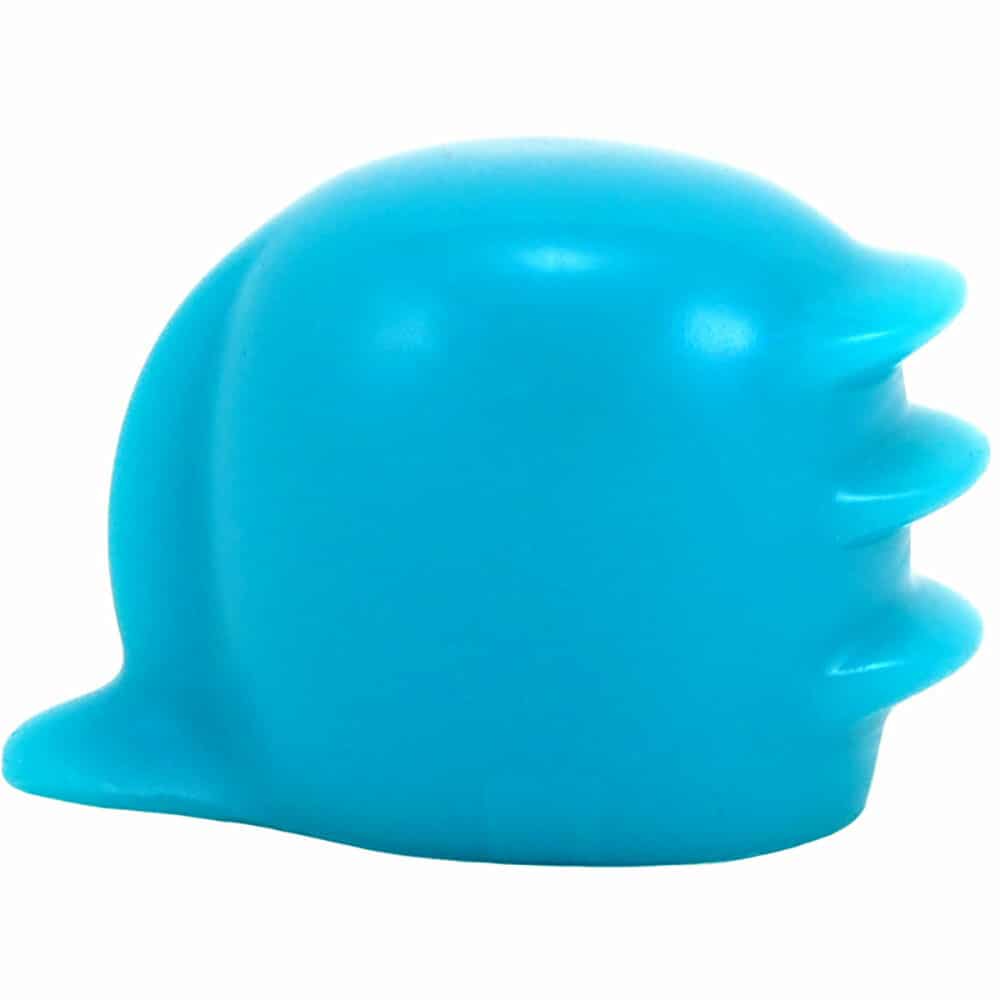 If you have a Magic Wand Original and you’re looking for a more permanent silicone head option than what the Pop Tops offer, Vixen Creations has your back!

Just keep in mind that this is a total head replacement, so it doesn’t go over the Original’s head as the Pop Tops do.

This is especially useful if your original Magic Wand head is starting to get old because if you prematurely remove your Original’s head, you’ll most likely void your warranty… Though I wouldn’t judge you if you voided that warranty on arrival as there’s a reason why they opted for silicone heads on the updated models!

Another big advantage of the Off With Your Head replacement head is that it offers a nice variety of surfaces and texture to help enhance your play.

But it does come with a pretty large caveat, other than voiding that warranty of course. You see, once the Off With Your Head is on, other Magic wand compatible attachments won’t fit on your new head at all. So make sure Vixen’s replacement head offers all the features you want out of your wand before making a move! 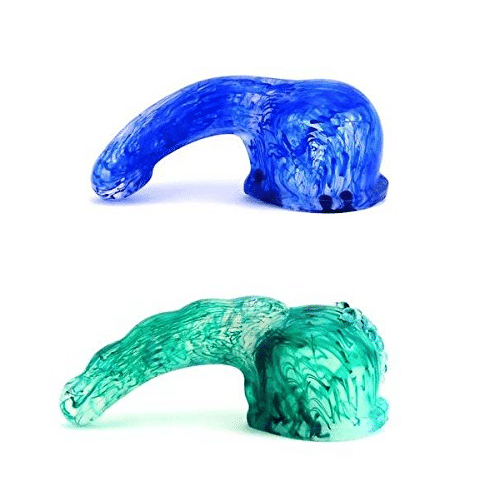 Made by one of our favorite independent companies & makers of the beloved Vixskin line, these are definitely not to be skipped.

The Whiz comes in blue with 4-inches of insertable length compared to the Whizzard which offers 5 inches in length and a nice green bumpy body. Additionally, the Whizzard has a nice texture on its opposite end for clitoral stimulation & allowing it to function as a dual partner toy as well!

Both have similar girths and are made out of beautifully marbled medical-grade silicone.

UPDATE: There’s now a glittery purple version of the Whizzard called the Galaxy and it’s gorgeous! 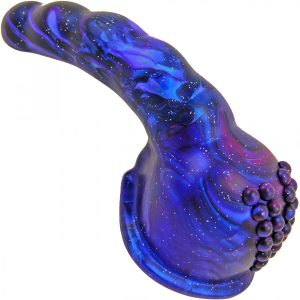 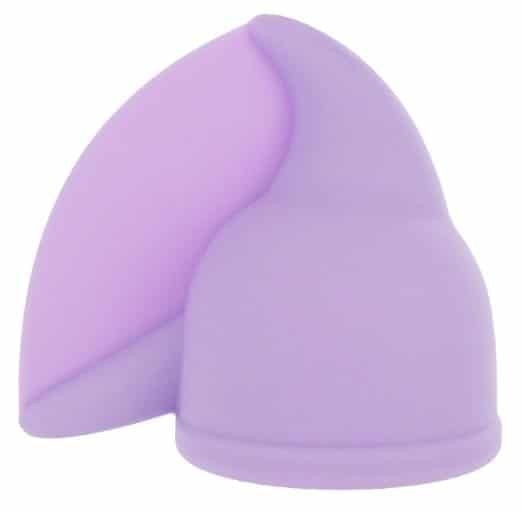 This attachment has an innovative web made of silicone that is going to “flutter” with the vibrations, providing you with a whole new way of enjoying your wand.

You can simply glide the webbed part over any of your sensitive bits. Or if you’d prefer a deeper sensation, you can also insert the top nub vaginally and rest the other nub over your clit and just let it go to town.

While I wouldn’t back their claims of it mimicking oral sex in any way, it is still well worth the buy. Especially if your not that into large surfaces for clitoral stimulation and/or you prefer motion over vibrations. 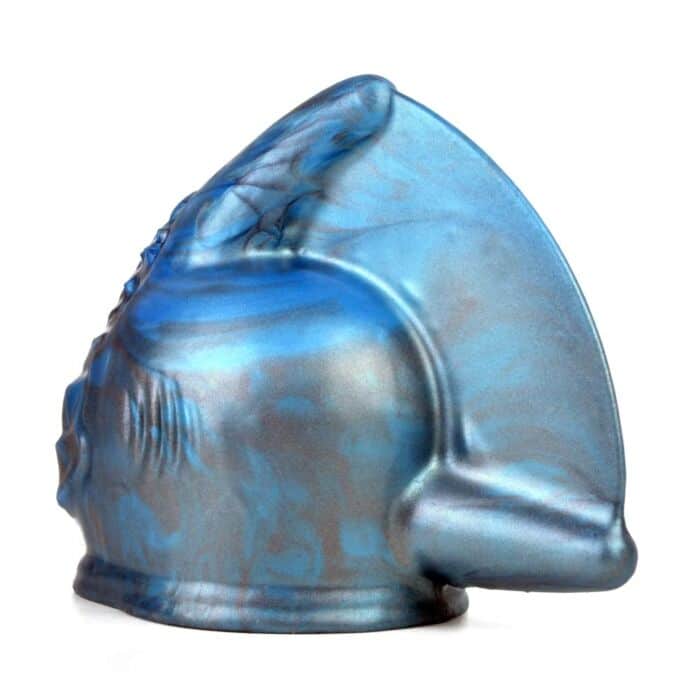 I know this might look quite familiar, but I felt it deserved a mention as it is essentially a premium version of one of our favorite wand attachments by Wand Essentials.

It’s the same concept as the Flutter, but with better silicone and TONS of customization options.

They not only have a ton of color choices, but you can also choose to mix your favorite colors into a marbled mix and more!

Just keep in mind that these ship from the U.K. so expect extra shipping costs if you’re outside of Europe. 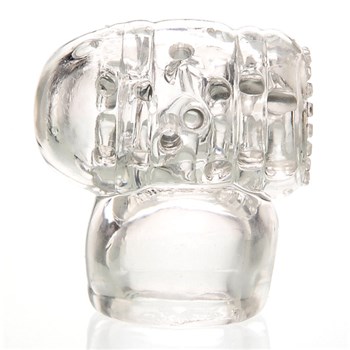 While it is not impossible to achieve orgasm by pressing the head of the Magic Wand against the underside of your penis, it is not what male bits would normally crave. We just want to be inside things, dammit!

There are other add-ons around with open-ended designs, but these won’t stimulate the head ( FYI: the most sensitive part of the dick) as this model will. Of course, closed designs make clean-up a bit more involved, but it’s well worth it.

Just be sure to use a good lube since masturbators don’t really work without it.

Sadly, this is the only attachment on this list that isn’t made of silicone.

While we know that masturbators made out of silicone are a very rare breed ( and rarely any good ), I still don’t think it would be impossible to make something decent. But I can dream, can I?

So being porous and impossible to fully sanitize, you might have to replace this sleeve after a while.

Otherwise, I’m happy to say that, while there’s not much on the market for men in the wand department, men can still use their wands for something else than their sore backs.

If you do want to make clean up a touch easier and you don’t mind sacrificing some head stimulation, you might prefer their ” Hummingbird ” version instead. 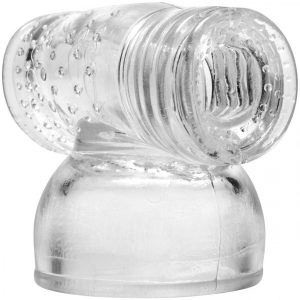 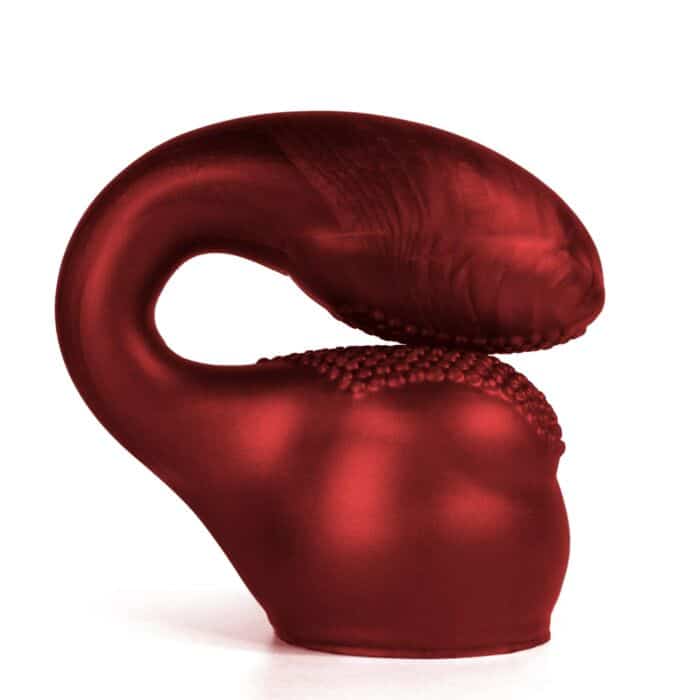 I’ve seen this type of attachment before, but there’s always something wrong with it. Either the silicone sucks, the fit doesn’t work, or the vibrations don’t carry through the density of the silicone.

It’s A real shame because this shape is quite ingenious when you think about it.

For G-spot owners, just insert the bulbous end vaginally while the head of the wand rests on your clitoris for some intense dual stimulation.

For prostate owners, it’s pretty much the same but replaces the clit with the perineum and you’re cooking with fire!

Sinnovator finally makes this shape worth the try as the silicone is great, the vibrations travel quite well and they offer TONS of color customization options here ( including my favorite: Marbled colors! ).

The only downsides here is that these can be a bit too girthy for some ( 2 inches diameter at its widest ) so plenty of foreplay and lube is mandatory! Lastly, this toy is also a UK native, so plan on spending more cash on shipping if you’re outside of Europe. 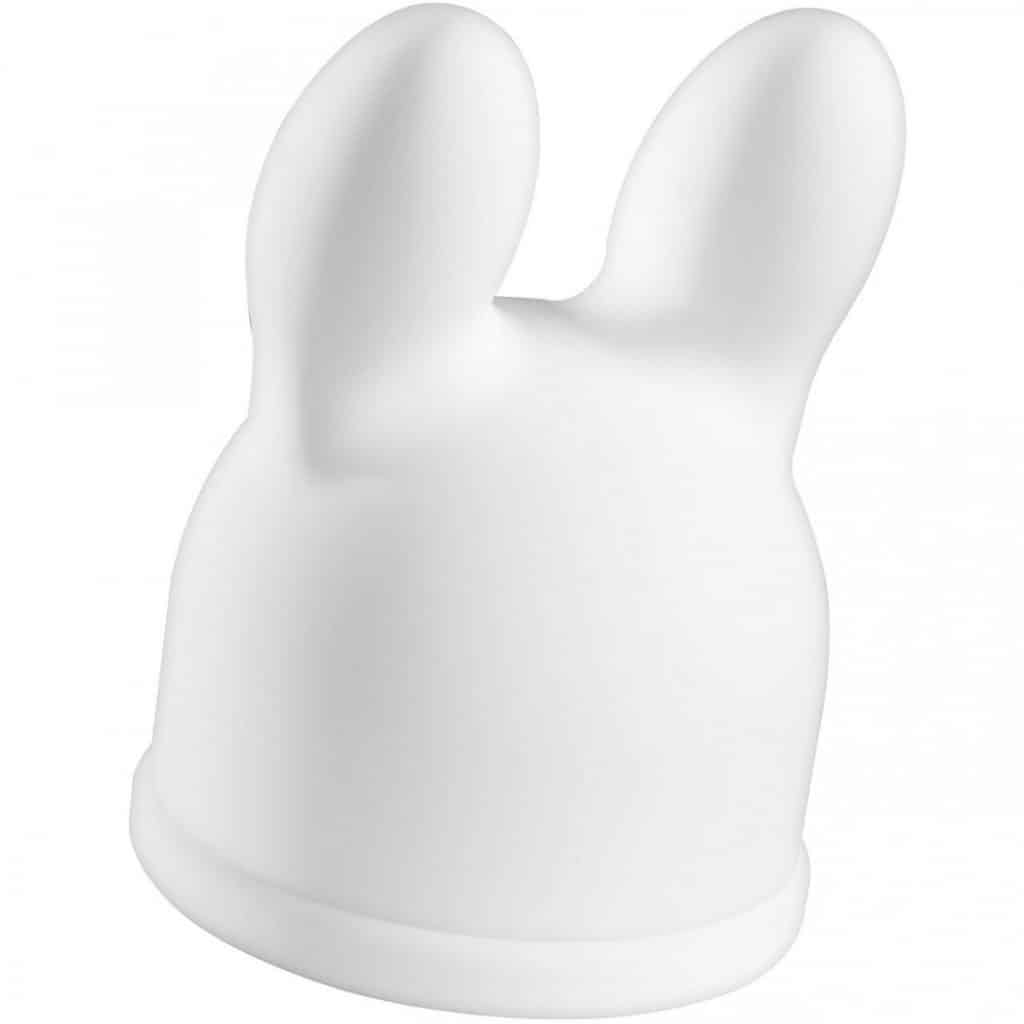 This deceptively simple attachment is great for both women with sensitive clitorises and for men looking for some intense penile vibration, making it a badass unisex attachment!

The nubs also seem to reverberate at a frequency that is much more pleasurable than the sometimes numbing variety the Magic Wand is known to dish out.

For cis women, it allows you to focus the vibrations around your clitoris, letting the vibrations reverberate their way to your clitoris as opposed to just slamming them against your poor bits. Something that should satisfy most clit-owners who aren’t into pinpoint or direct stimulation!

For cis men, running this little guy on the underside of your shaft is a treat and you can also squeeze your bits between the nubs for some extra sensation! 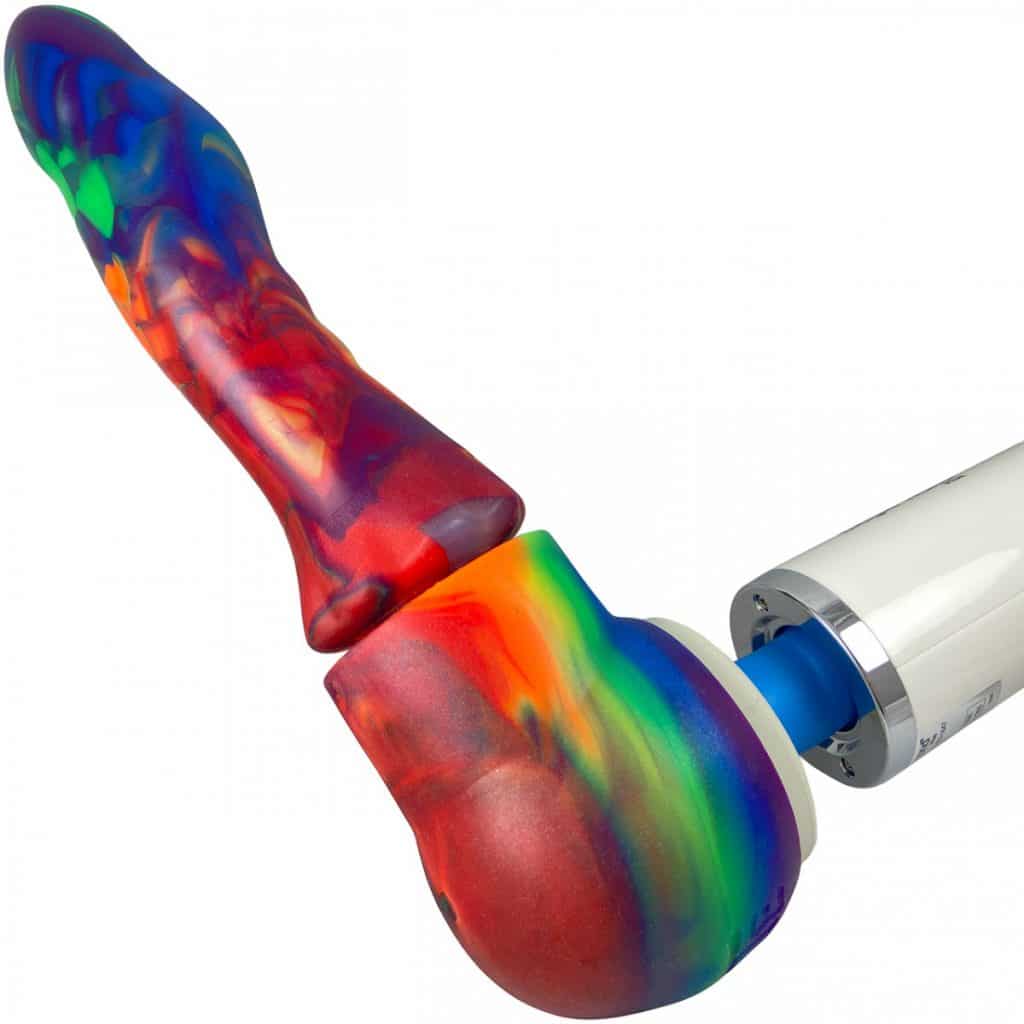 I’ve already sung the praises of the Jollet and its design specifically made to accommodate the female anatomy, precisely hugging every internal curve cis women are known to have.

I also loved how it allowed for a bullet at its base. A base that could be curved around her pubic bone for extra clitoral stimulation…

…And now you can use a magic wand instead of a puny little bullet!

And yes, there’s still a  hole for said puny bullets. 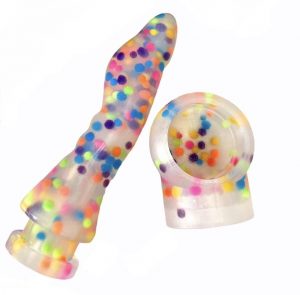 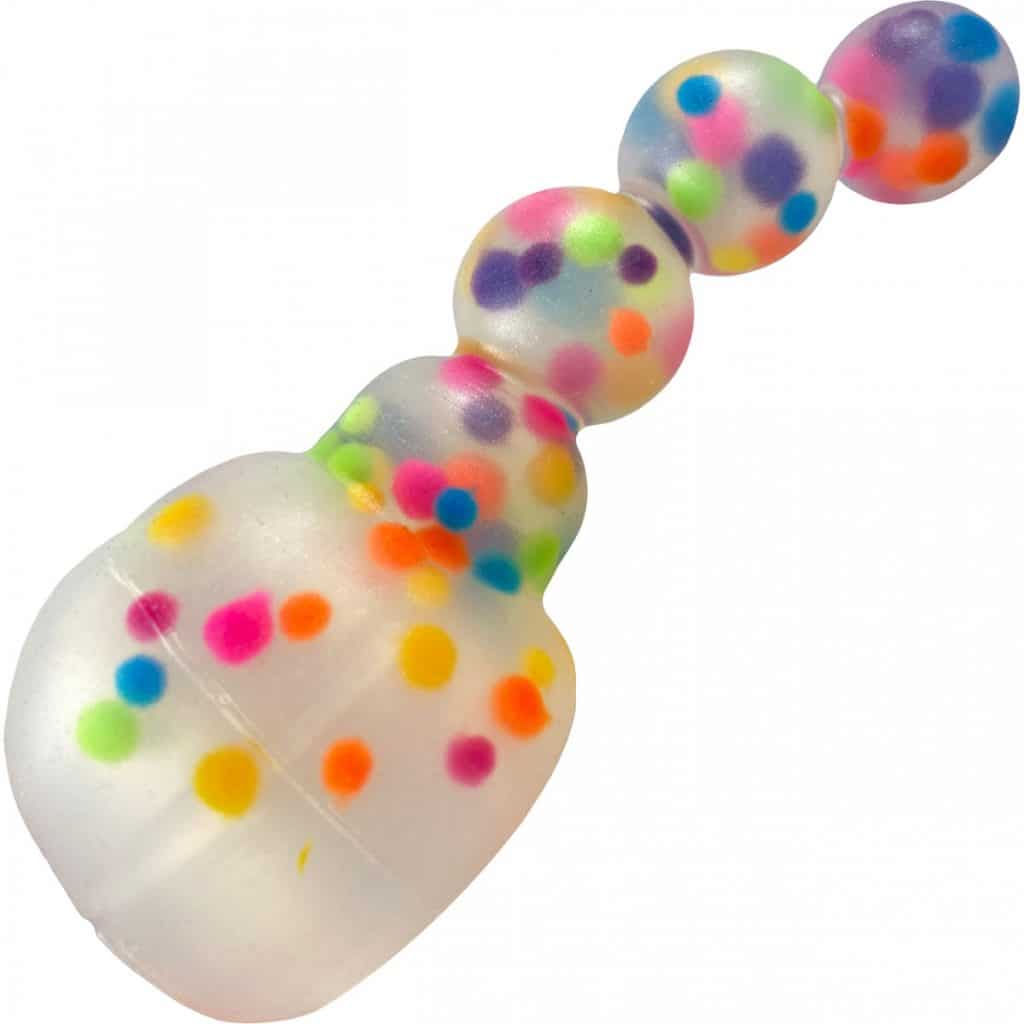 This toy is great at three things: G-Spot stimulation, butt stuff, and looking darn cute while at it!

The beaded design ramps up the intensity with each bead, no matter where you shove it!

I also love the return of the classic candy-like design coined by Luzarte on this one as the internal bubbles match perfectly with the external ones.

Since this toy has dual purposes, just make sure to fully sanitize it before making the switch from one orifice to another! 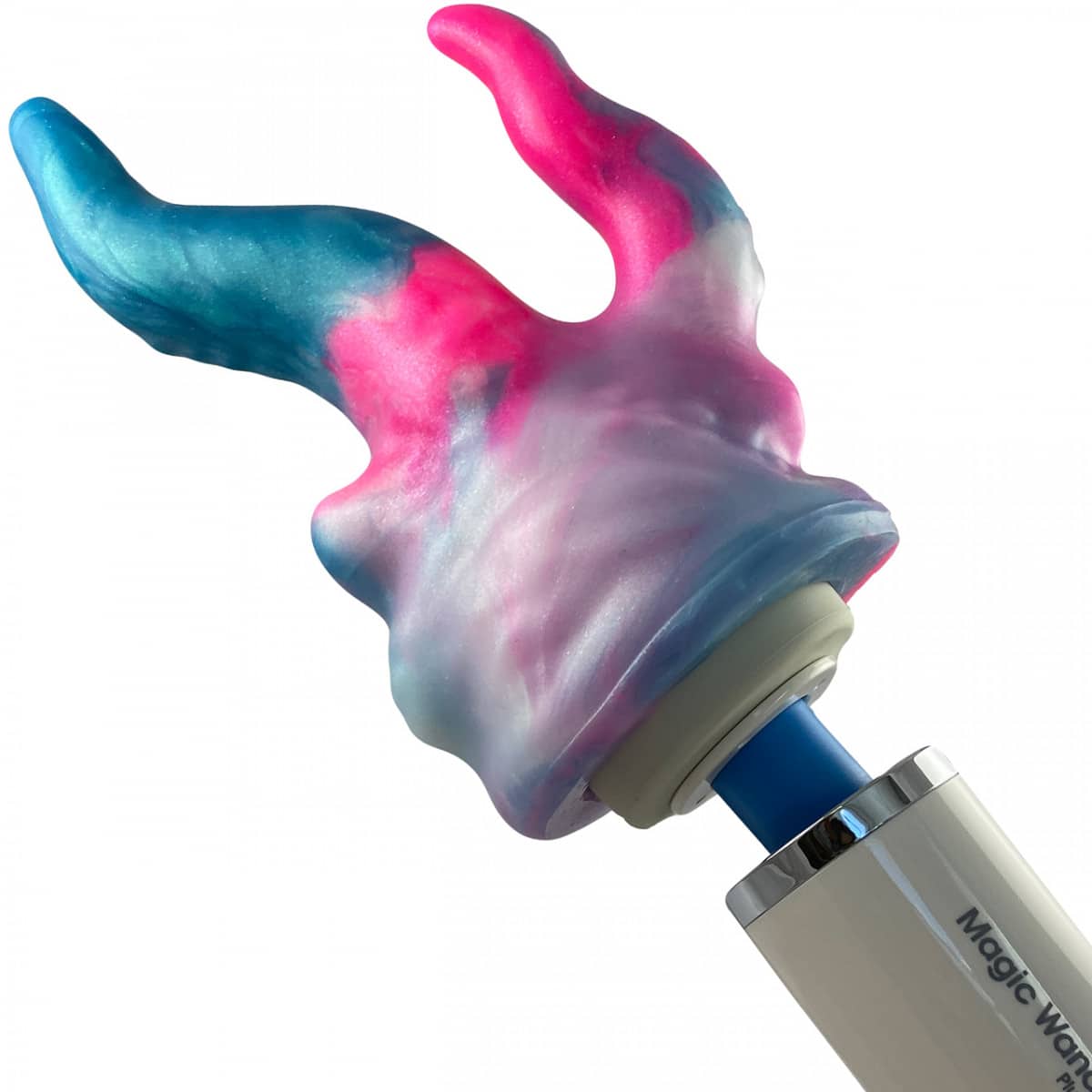 Here’s a good one coming from the new kids on the block, Pris Toys.

The silicone here is nice and squishy so the vibrations travel really well into each tentacle.

It looks great, feels great, so as long as your anatomy is compatible with this shape, you should be good to go ( More info on why rabbit toys aren’t for everyone )! 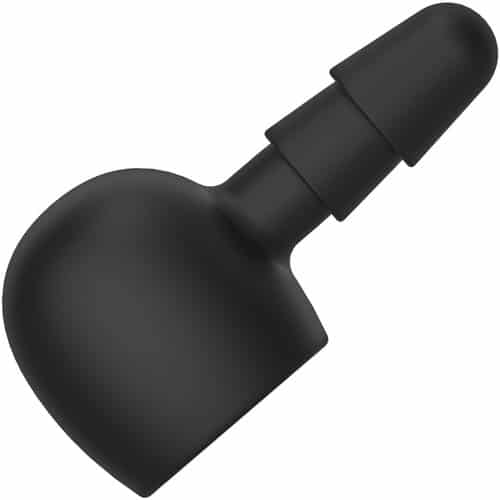 Since Vac-U-Lock offers a snug fit, you won’t have to worry too much about vibrations not traveling through your toys. Wich is a common issue with a lot of Wand attachments. The shape of the plug also makes a vacuum once inserted and should be very stable during use.

Another big plus is that this collaboration between Doc Johnson and Kink is entirely made of silicone, meaning that it is completely sanitizable and will last you a very long time! Something that is rarely found in Vac-U-Lock adaptors. 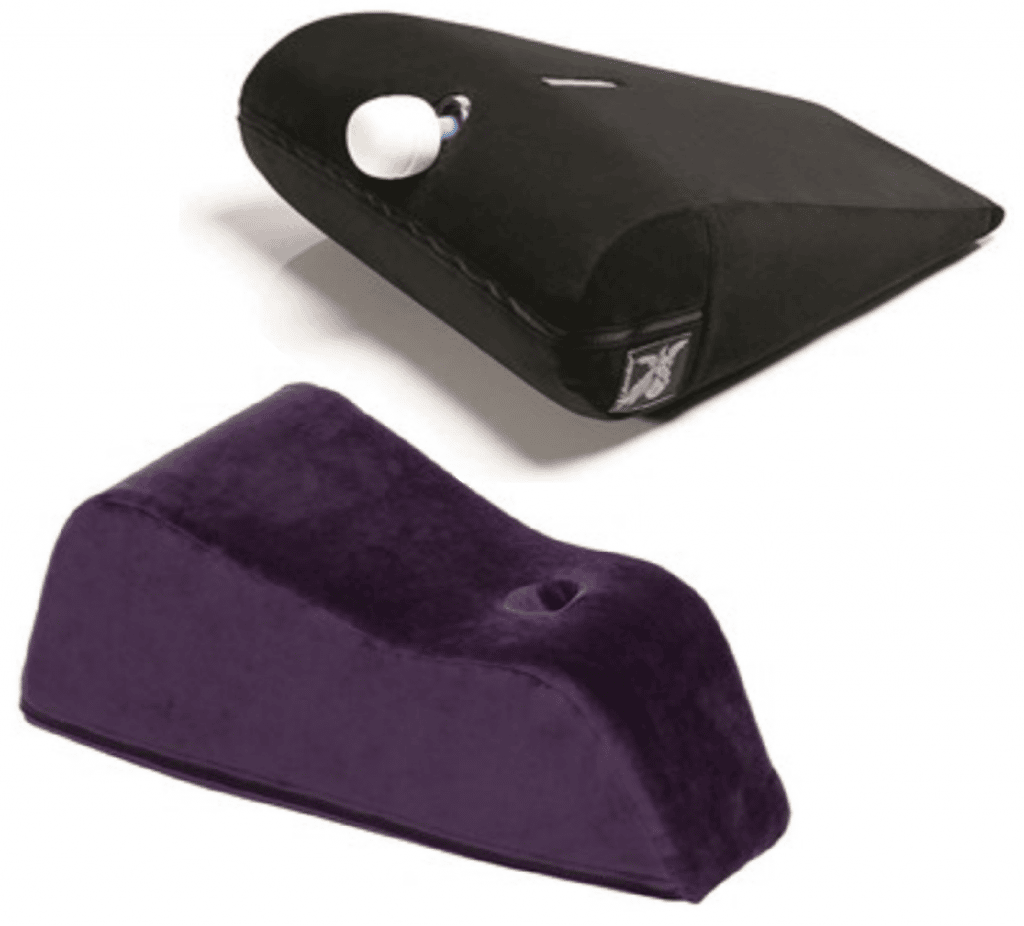 The main issue people have with their Magic Wand is its weight and having to maneuver around it during intercourse.

It becomes a real problem especially for extended sessions or simply if you’d rather use your arms for something else.

Well, Liberator, a company known for its pillows built for sexual intercourse, has the perfect remedy for your ailments!

The Wanda & Axis are made specifically for the Magic Wand Original or Rechargeable but will also work with other similarly sized wands as well.

All models are very easy to clean since their covers are completely removable and machine washable.

So you can get as messy as you want!