Though curiosity may have brought me in over my head in this case, it’s brought me to many more amazing things. Stay curious folks.

When my dad announced that we were going to get a family computer, I remember being very young, maybe 5 or 6. Heck, I might have been 7 or 8. I just remember it being dark outside and sitting on the step between our dining room and living room as my dad leaned on the arm of the couch, newspaper in hand. In that newspaper, there was an ad for the computer we were going to have.

He told us about the games and fun programs it had for us to use. He spoke with enthusiasm, genuinely excited about the possibilities, and it left an impression.

I was pretty excited.

I learned all about it as soon as we got it. We had Encarta 95, so I guess I was 7. I spent A TON of time on there re-watching videos of a snake unhinging its jaw to eat an egg or a cat landing on all fours, learning to say various proverbs in languages I didn’t understand and answering trivia to find my way out of a castle’s maze.

So by the time we got the internet, I was already great with computers.

We got the internet shortly after and my dad explained it to me by saying that THE INTERNET allows us to talk to OTHER PEOPLE on the OTHER SIDE OF THE WORLD!

I was sold! I didn’t even mind the annoying sound of dial-up internet (at first). Wouldn’t that be so cool to talk to someone across the ocean?

One of the first things I tried to do was to get into chat rooms and meet people from across the globe! I remember my dad showing me the different categories for different groups of people. He told me to pick the one that was for me. I think he pointed out a group for kids.

For those of you who are too young to remember chat rooms, they were like Messenger group chats, but with lots of people and only text. They also were all strangers.

Some had different text colors, different background colors, but mostly just a steady stream of text. Often times the main chat room would have lots of people and the lines of text would move too fast to reasonably have a conversation. That’s when you would use private messages (pm’s).

One of the first things you notice scrolling around in chat rooms is this common question: a/s/l?

At first, I didn’t know what it meant, but I saw how other users responded to it.

I remember being able to figure out the location part, but I had to ask someone what the rest meant. They told me what it meant and asked me again. a/s/l?

It would start friendly. We’d talk about what country we were from, what we were up to, what sorts of things we liked to do. Sometimes it stayed that way. Mostly not though.

My screen name invited x-rated conversations. It took me a while to understand this because I was a child and sex occupied 0.02% of my mind. I knew it existed for making babies. That was about all I knew.

I had the unfortunate luck of having been branded as “picklepuss” by my family because I LOVED pickles. I loved pickles so much that I would have to be told to stop eating them because I was eating them too fast. I would gladly eat an entire jar in one sitting. I decided to use that as my screen name.

Suddenly, I had the 90s chat room version of dick pics CONSTANTLY. A ton of private messages that almost instantly went sexual. And at first, I was shocked, then horrified, then embarrassed, then honestly, kind of excited. I liked the attention.

I liked how enthusiastic responses were to my answering basic questions about what I looked like. Green eyes, blonde hair, fit. Sometimes I would lie about my age to seem closer to my chat friend’s age.

I had two older sisters and I always felt a bit left out or left behind. I wanted to be treated like a Big Kid. I would watch the responses in the main chat room and see how old most people said they were and used that number.

Once, I gave my phone number to a stranger I met in a chat room. I remember him calling our home phone before my family woke up. I had never been so nervous about anything in my whole life (which, granted, had been very short thus far). I had never been so excited. I felt like this was a huge mistake but I was so curious about what this person I had been talking to sounded like.

I answered the phone as quickly as I could when it rang. No one seemed to have woken up. He sounded like an adult. The unfamiliarity of his voice scared me. I forget how old he said he was, but I knew he was older when I gave him my phone number. I didn’t care.

He asked me what my cup size was. I was maybe 9 years old. Maybe 8. I didn’t understand what he was asking me. He started giving me examples. I looked at my flat chest. What’s a good answer? A.

I don’t remember what happened, but I remember the phone call was short and ended suddenly.

I might have heard a sound from upstairs, or maybe someone yelled at me about who was on the phone. I just remember barely being able to hang up because my nerves were so spastic from the anxiety of getting caught.

I never heard from that man again, though I intensely feared he would call sometime. For weeks after that, every phone call, every time my parents talked to me, I worried they would find out and confront me.

You can call me Anna

From then on, I refused to use give people on the internet any personal identifying information. But I kept returning to the chat rooms.

Sometimes I used a screen name à la You’ve Got Mail, like Meg Ryan’s ‘shopgirl’. After watching Notting Hill, I started to use the name Anna as my online alter ego. That’s right, it continues to be my online persona.

At school, I was a shy and awkward nerd. I didn’t feel attractive or particularly wanted. Online chat rooms gave me a secret part of my life that could be fun and that I seemed to be good at. I learned pretty quickly what to say in these private chats. I would mirror the person I was chatting with for style and tone. They would say something and I would “Yes and” that until I was just smashing random keys and sending strings of nonsense in various lengths to convey excitement. 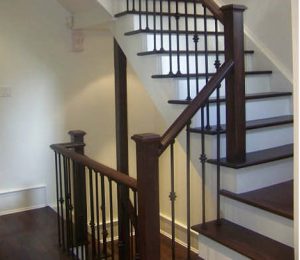 I felt like we were collaborating on a creative moment. I loved it. I remember once opening up to a guy who said he was a year or two older than me about it. I told him it was just words to me. I wasn’t actually doing anything on my end.

I told him so. So he told me to go slower. It was going well but I thought I should be going as far as I could. I moved my body around a bit and got my middle finger as far up there as I could and suddenly felt a surprising pain. I pulled my fingers out and saw blood.

I ran to the bathroom as fast as I could, trying not to drip along the way. I didn’t understand what happened. I was worried I would have to go to the hospital which would mean I’d have to tell my parents what I was doing. Nope.

I was definitely going to die.

The blood seemed to stop and I thought that maybe I got my first period.

I definitely broke my hymen.

I also felt a lot of shame and guilt around having that secret part of my life. It took years for me to stop frequenting chat rooms.

I definitely had a few online boyfriends.

Childhood sexuality wasn’t something that was very openly discussed and my friends didn’t really talk about it. There was definitely a sense that children only had traumatic sexual experiences because the only way children’s sexuality was remotely acknowledged was in discussing cases of child abuse in the news.

My story absolutely could have been much worse. But it also wasn’t a bad one. I was thrust into a world I wasn’t prepared for and that world definitely had dangers that I was fortunate enough to mostly avoid.

Education and perspectives on childhood sexuality could definitely be better than it was in the 90s, but it’s hard to really come up with a solution that prepares children to feel comfortable with themselves and their sexuality, while also keeping them safe.

For me, the chat rooms of the 90s were an exciting place where I could secretly become the confident, desirable woman I wished I was, with endless lovers of all types. Nothing like that time and technology will ever exist that way again and I feel fortunate to have experienced a part of it.