All you need to do is take a look at the change in cell phones over the last decade to see that technology is rapidly advancing. Tech is getting smaller and more sophisticated and scientific knowledge of how humans work is expanding. We know so much more about our minds, bodies, and desires than we did before and tech companies are getting extra clever about the integration of technology into our personal lives.

We have apps that control our lights, apps that hook us up, and even apps that track our menstrual cycles. Think of practically anything and, in all likelihood, there’s an app for that. The internet, the great connector, has facilitated the transfer of knowledge from one industry to the next and cool ideas are advancing just about everything, so I asked myself, “How is technological innovation changing sex?”.

What I found really opened my eyes.

First things first, I’m going to bring you up to speed on the latest technologies. A lot has happened since I was a budding young sexual in the late 90s. Back then, it was all cybering in chat rooms and household object experimentation…I was a child, after all, and I had to work with what I had.

Lovense and We-Vibe are a couple of examples of companies that have built products that can sync vibrations to your music. This exciting feature allows you to build your own playlists and listen to them wherever you feel comfortable getting your groove on. If you want a discrete teledildo to enhance your clubbing, look no further than the OhMiBod Club Vibe 3.OH. Equipped with a built-in microphone, this piece of wearable tech listens to your environment and syncs the vibrations to match. Next time you’re dancing at the bars, just imagine how much MORE into the music you’d feel with a secret vibration in your undies! 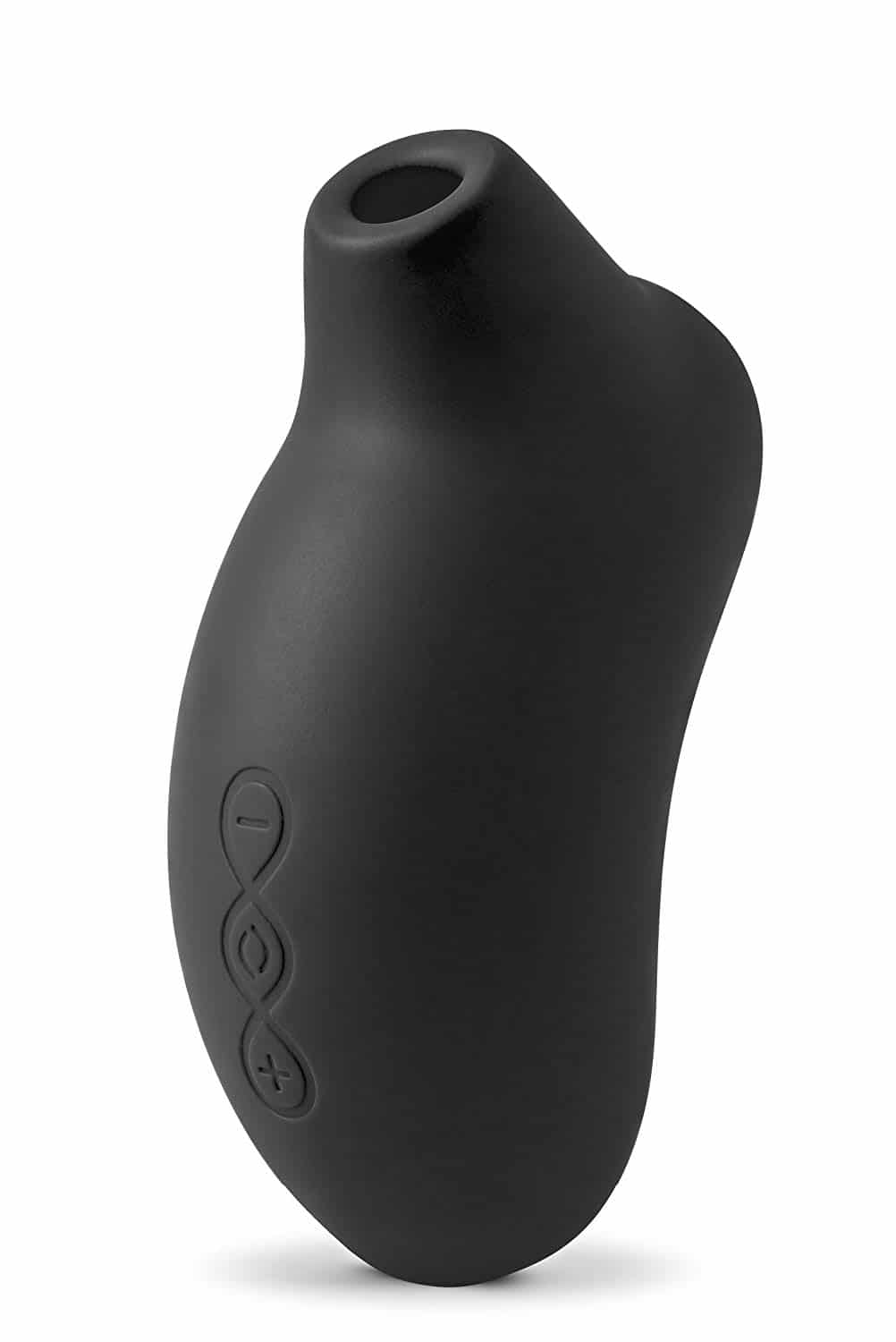 Vibrators are vibrators and sonic massagers seem like they’re probably more of the same, right? WRONG. They work completely differently.

Sonic massagers, like the Lelo Sona Cruise, Womanizer‘s new competitor, use sonic waves instead of a typical motor to achieve vibrations.

It’s like when you’re next to large, loudspeakers. You can feel them moving to the bass and drums. You can feel it deeply in your body. This is the type of vibration you can expect from a sonic massager, and the reviews so far seem pretty great!

As a music lover, I am especially excited by the idea of getting off via sonic waves.

Ever since that episode of Black Mirror came out, where the two friends meet up in a VR gaming world as their avatars and fall in love, I’ve been hoping for that experience to be available. To have a digital body that is hyper-realistic, with physical sensations and surreal abilities. I don’t mean Second Life, I mean a fully immersive and realistic fantasy experience. We’re not there yet but that’s definitely a direction we’re going.

Sex dolls have been standard in adult entertainment forever and are often the butt of many jokes. Joking aside, sex robots are a serious step up and right now is a very exciting time for them. There are a number of models on the market and each with their own ups and downs. One downside to this whole segment of sex products though, is that the dolls are largely fembots, and highly stereotypical designs at that.

However, with the rise in their popularity, sex robots will be as diverse as we need them to be.

Already there are a number of companies that make sex robots.

At the moment, RealDoll is the leader in luxury sexbots. Their Realdoll X comes with artificial intelligence that can learn what you enjoy. You can even program how intelligent you’d like them to be, among other personality traits.

Male robots also exist and are definitely improving. There isn’t just one model (though there are fewer options than fembots) and the more demand that exists, the more options we’ll likely see in the near future.

I think we’re a long way off before we need to think about robot rights, but there are still ethical considerations we need to look at now. Should there be any limitations on what kind of robots exist? Animals? Children? Will robots help or hinder the treatment of sex workers? Will they improve human relationships or erode them?

With all these robots around, do we still need sex workers? For now, yes! A robot won’t replace a live, human sex worker, but their existence may prevent poor treatment of sex workers. People who get off on abusive acts may be able to reserve those cruelties for the robots. Of course, it will be tricky to know how robots will affect sex workers until they’re more commonplace, but we can imagine the possibilities now and create legislation to prevent damage, so get on that fantasizing!

Sex work has already changed so much from technology and will continue to evolve. Camming has been commonplace for decades and now it’s widespread to use Teledildonics to enhance the show. Clients are able to tip the performers and in doing so, their tips can affect what the performer’s vibrators do! The distance between the performers and the clients is suddenly much, much less (unless of course, that’s what you’re into). There’s also less concern about pirating since these teledildonics-enhanced performances are so personal and unique. You’re no longer protecting a video, you’re protecting an experience, and that’s worth its weight in gold!

Technology has already done wonders for our long-distance relationships. Twenty years ago we pretty much just had expensive phone calls, email and chat programs like ICQ. Now, pretty much everyone has some way of recording video and sending it to those we love. Most of us can video chat, but depending on your connection speed, results may vary. I live in a suburban area with decently good quality internet and a MacBook Pro, but even I find video chat to be a bit awkward. Conversation doesn’t flow quite as naturally because of the slight lag and it’s still just a video on a screen.

Holographic video chatting is emerging right now and soon will become commonplace. If combined with VR technology, that brings us a step further into feeling present with your faraway partner. Pillow Talk allows is a heartbeat sensor bracelet with a speaker to place under your pillow so that you can hear your beloved’s heartbeat from anywhere. 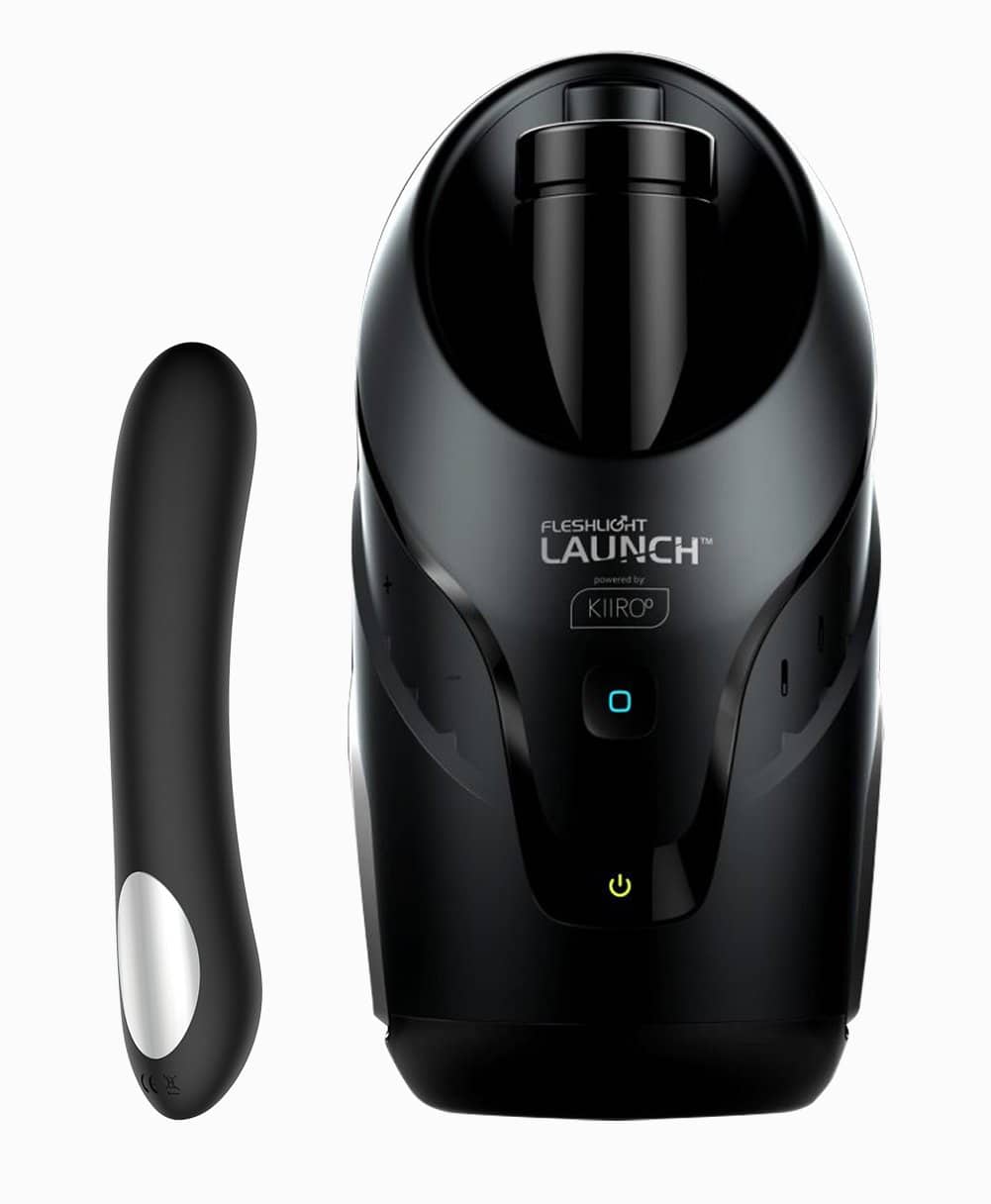 The real star of the show, however, is Kiiroo’s line of partnered toys, with haptic sensor controls that let you control your partner’s sex toy.

Kiiroo is a leader in teledildonics with its recent partnering with Fleshlight. Together they have brought us closer than we’ve ever been to having remote sex! Movements on one toy are sent to the other from any distance. Not only can you feel your beloved, but Kiiroo & Fleshlight’s toys can connect with VR content, interactive games and videos, and even performers!

It seems as though there is always a struggle with sex education in schools. Some parents are adamant that sex education fall under the responsibilities of youth educators and others demand they handle that topic themselves.

Educational VR may be the key to ensuring that today’s youth receive high-quality sex education. As I mentioned earlier, Montreal is leading the way with consent-positive educational VR that simulates the beginning of a sexual encounter from the perspective of a woman.

How many of us wish we could have practiced a bit before actually having a sexual experience in real life? How much more prepared would we have been? Not only can VR help teach us about consent, but maybe it could even teach us to be better sexual partners before we take the plunge. It could also help prepare us for emotional moments that can pop up unexpectedly during sex, like when a partner has sexual trauma that gets triggered. We are limited only by our imaginations and we can use technology to facilitate positive intimate experiences in real life.

The last decade has seen huge shifts in identity politics and we have identified, named and become aware of a myriad of sexual identities. Pansexual, Demisexual, Sapiosexual and now, Digisexual. Canadian philosophy professor, Neil McArthur, has spoken about digisexuality’s first wave as anyone who uses technology in their sex lives from SnapChat to Skype to Tinder and Bumble; nearly everyone falls under this term.

He separates that use of the word from second wave digisexuals as a sexual identity, where these individuals’ relationships with their technology closely resemble that of their human partners. The classic example is that of the movie, Her. We’re not as far from that as you might think. Already, a man in Japan has married a hologram, Hatsune Miku, and an AI engineer has married a robot (though, not legally).

Whether you identify as a digisexual or not, most of us are likely to become one in some way if we haven’t already, and why wouldn’t we? There are so many exciting options already and so many more on the horizon!

This has been a brief overview and as you can see, there is so much to get into! We will go more in-depth with these topics in future articles. So, stay tuned!