What the Cuck? The Psychology & History Behind Cuckoldry

Cuckoldry is a sexual fetish that falls under the broad category of masochism.

Cuckoldry is way more common in heterosexual couples due to the reversal of the outdated and traditional power dynamic between men and women. If we think about patriarchy or any other ideology that places the man above the woman for that matter, cuckoldry completely destroys this concept.

For many, the excitement stems from simply knowing that this affair is taking place. The cuck may or may not be present during the act. If they are, they do not participate and may only pleasure themselves if they are given permission by their cuckoldress.

If the cuck is not present, they may help out with tasks in preparation for the sexual encounter. Helping their partner choose a sexy outfit, helping them apply their makeup, or even driving them to the person’s house are some of the foreplay activities associated with cuckoldry.

Being an etymology enthusiast, the first time I heard this word, I initially thought it meant that the wife had a hold of her husband by the… cock. Both literally and figuratively. In other words, the female was the more dominant one in both the bedroom and in their everyday life.

While this, in a sense, holds true, the word actually originates from the cuckoo bird. 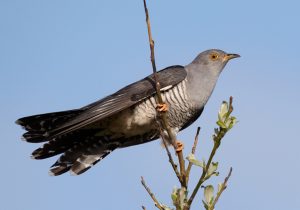 You might be wondering why (and with good reason) and how is this sex practice relatable to a bird. If you have a particular interest in small birds or ornithology in general, you might already be familiar with the cuckoo bird’s bizarre practice of laying their eggs in another bird’s nest.

Just like the little cuckoo bird that lays her eggs in the nest of another, the adulterer lays his seed in the bed of another.

History and Use of the Word

The word is believed to have made its first appearance in the English language in a 13th-century medieval poem called The Owl and the Nightingale by an unknown author. The word has then been used more famously in the works of Shakespeare and Chaucer, with both of their works having to do with a man having an unfaithful wife.

However, in these stories, the husband does not know about the adultery that is happening so vigorously right under his nose. The authors purposefully make the man relatable to that of a fool. He becomes degraded by his wife without even knowing it.

With cuckoldry, it is interesting to analyze its origins and uses throughout history. This is because it helps us modern folk in demystifying the psychology behind it.

One reason as to why some men enjoy this degradation so much is ironically linked to their own control. For example, if a man or his ego were to be humiliated outside of this controlled sexual context, he most likely would be left devastated, hurt, and vulnerable. This fear of being humiliated and letting your emotions take over may be so intense that it transforms into erotic desire. As we all know there is a fine line between pain and pleasure. Whether the pain is physical or psychological, both pain and pleasure originate from neurons found in the same locations of the brain. 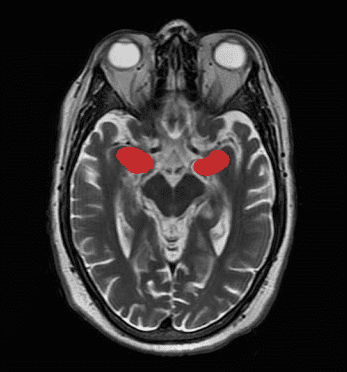 They are, in a way, conquering and overpowering fear itself or the anxiety they may experience throughout their every day via controlling an otherwise scary situation.

Cuckoldry lends itself more to that of a relationship dynamic, rather than a kink. This holds true in that you cannot really practice this fetish on a first meeting over a one-night stand (unless roleplaying is involved). The kink is played out in both monogamous and poly relationships.

But what is appealing about this kink if one were to be in a monogamous couple? Most monogamists live in perpetual fear of being cheated on. For many, simply knowing that their partner is cheating is heartbreaking enough, let alone watching them get it on in the act!

It is fully possible to practice cuckoldry simultaneously with monogamy. However, it may be a bit stricter on the rules and constant reassurance must be maintained in order for the practice to be perfected.

Cuckoldry being such a contradiction to monogamy may sound bizarre, but it is perfectly capable of occurring in a healthy relationship.

Within poly dynamics, the hurdle of accepting that your partner has sexual or romantic relations with other people has probably already been addressed and dealt with.

In some cases, it is more of a roleplaying scenario for the couple. But in other instances, the poly couple may have some of their already established rules broken in order to make it feel more realistic and painful.

Another reason why cuckoldry may be so appealing to some couples is because of compersion.

If you are unfamiliar with this word, it is defined as vicarious joy associated with seeing or acknowledging one’s partner enjoy sexual or romantic relations with others. With the main idea behind this being both an understanding that individuals other than themselves may fill their partner’s needs in such a way that they cannot, as well as genuine joy in seeing their partner have fun while having these needs met.

Compersion is an emotion that isn’t experienced by everyone, yet for the ones that truly experience this sensation, the jealousy that may arise from cuckoldry is likely non-existent or curbed somewhat.

Whatever the situation is like in either monogamous or poly relationships, and however it is played out, there isn’t really much to advise against when it comes to cuckoldry.

As long as everyone involved consents without any form of coercion, and the end result ends up being pleasurable for everyone involved, cuckoldry is one of the more innocent kinks out there!

So if this is something you and your partner would enjoy, definitely go out there and get your cuck on!

The Risks and Rewards of Hooking Up while Traveling

Road to Top Surgery: What to Expect & Survival Tips

Metamour Troubles: What to do When Your Lover’s Lover Wants Monogamy