Public sex is, well, exactly what it seems. Essentially, sexual acts that are done in public places. This can be done in “private,” where the individuals involved avoid being seen, or it can be done in a consensual environment such as at play parties.

When speaking of the former situation, despite the possibility of getting caught with their pants down, the participants try to be as clandestine as possible. It is this risk of getting caught that is, for many, the most arousing and thrilling part of it all!

A history of fucking in the open

If you think about it, public sex is likely the first sexual practice that was ever had.

In fact, we have many examples of artistic depictions of people clearly going at it in public areas from several different time periods and geographical locations.

An interesting example of public sex comes to us during the time of the Puritan settlement of the Americas in the 16th century.

Along with the Puritan settlement from Europe, these individuals brought along with them their firm puritanical beliefs. One of these common beliefs being that sex was only to be had within a marital and reproductive context.

Yet it is interesting to note that it has been estimated that one in three puritan brides were pregnant on their wedding day! Historians have thus deduced that extramarital relations did in fact happen and were mostly done in secret, or in other words, wherever the hell they could do it.

Having sex was often done outside in fields, forests, bushes, and even outhouses! (talk about romantic!). Basically, sex had to be done whenever and wherever the couple could get away with it and this often meant in locations that were open to the public. Good thing cellphones and video surveillance cameras weren’t around back then!

So what’s the appeal?

When trying to understand where the appeal of this taboo act stems from, one cannot help but make associations with voyeurism and exhibitionism, all of which share common ground.

As with these other practices, the appeal of getting caught is what most find attractive.

As with any taboo kink, the aspect of breaking social norms and doing what is forbidden is most often considered a turn-on. Humans are wired to be curious beings. When we are told not to do something, we often get an otherwise non-existent urge to do so.

Believe it or not, this association may also be scientifically explained.

We are all familiar with the neurotransmitter dopamine and its effects. Essentially, it gives us pleasure. We experience higher amounts of dopamine in the brain when we do gratifying activities such as eat, have sex or get high.

This means that dopamine levels will surge because of the sex itself along with the fact that you are striving for a win. Once this win is achieved, with your brain and body full of dopamine and adrenaline, this accomplished feat will literally make you feel as if you’re on cloud nine.

Nowadays, it is difficult to categorize public sex and its consequences. What is considered public and what will the legal implications be if you get caught are questions that don’t necessarily have a concise answer.

This is because different laws and legislations vary from country to country and, even from state to state (or province to province).

As a general rule of thumb, public sex is indeed illegal for the most part. Participants may be charged with accusations such as indecent exposure, gross indecency or public lewdness to name a few.

In some places, the act of sex in public is only deemed illegal if the subjects in question are seen by others. This means that, within the confines of this lenient loophole, having sex in an airplane bathroom stall or a McDonald’s restaurant is totally legal (albeit not very sanitary) …as long as you don’t get caught!

This is not to encourage doing such a thing, only to point out some of the gray zones within the laws.

The reasons for these legal constraints on something that is otherwise so natural have been implemented for obvious reasons. For one, potentially exposing yourself to minors can be quite traumatic and confusing for a child who does not yet fully understand sex and sexuality. They may misinterpret what is actually a consensual practice for something else. They may even attempt to imitate what they’ve seen with other children without being aware of proper sexual precautions and preventative measures.

Another obvious reason as to why public sex is generally not allowed is due to sanitary concerns. No one wants to sit down on a bench that has been covered in your ambiguous bodily fluids.

Hygienically and morally, these reasons against public sex are quite sound and difficult to counter.

Playing it safe with play parties

Luckily for those who wish to satiate the urge of having sex in a public space where others may and most likely will see them, public play sex parties exist!

They are usually quite underground and as private as can be with special forms to be filled out, secret social media groups, guest lists, a small entrance fee, and so on. If you have no idea where to start, Fetlife & your local sex shops might be able to help.

The main goal of these strict and inconspicuous measures is to take full advantage of these legal loopholes while essentially doing nothing wrong.

Many people enjoy attending these events for different reasons. Some simply like to watch while others like to be watched. Many of these places have a main common room along with other separate closed-off rooms.

Some party hosts take extreme precautions and do not allow penetrative sex to be had in the common rooms. This is probably done in order to remain within the legal grounds. If law enforcement were to crash the party and discover that people are paying to get down and dirty, this would likely lead to legal consequences. If they were to simply crash a party with an entrance fee (nothing wrong with that) and some people just ended up having sex in one of the secluded rooms (nothing wrong with that either!), then everyone would likely get off scot-free.

These parties are great places to explore your sexuality with like-minded people. It is especially exciting for voyeurs and exhibitionists. With such a large crowd you are constantly seeing or being seen!

And hey, even for you thrill-seekers wanting to be involved in something that could possibly get you in trouble (emphasis on possibly because usually all is done in accordance with the laws) then these parties might spark your interest.

Breasts of the Wild

For those of whom who are not really into the voy/exhib aspect of these parties and would prefer to publically bang more privately, the world is your oyster!

If you are more of the outdoorsy type and you’d like to get off in public-public, like outdoors public, just make sure you take precautions first. You wouldn’t want to get a stain on your criminal record because of your kink.

Also, it is imperative to employ extreme precaution when it comes to who might witness your nakedness. For the love of Odin, don’t get down and dirty near a children’s park or school or anywhere that increases the chances of little kiddies being exposed to your adult activities!

Be prudent and smart about your decisions and make sure to be as sanitary as possible.

Here are a few location suggestions to get your engines running:

A good in-between for someone who really wishes to fulfill this fantasy is to do it in your backyard. People, of course, may see, but the likelihood is fairly minimal while still being openly exposed.

Other places of interest for those of whom are a little more titillated by the riskiness of it all include in obscure woodsy areas or a hiking trail (off the trail though, please!). Anywhere that is mostly hidden off yet still allows you to have a clear view of incomers can work. Preferably when the sun goes down so that your level of incognito-ness increases.

If you’re more of a homebody and want to still obtain that thrill without even leaving the comfort of your home, and thus eliminating most legal issues, why not try some public sex by your window? You may not be physically within a public space, although there is the likely chance that someone who is might catch a glimpse.

Following the same theme, why not try spicing things up and bringing your partner to the highest hotel floor attainable and fancily fucking for the whole city to see! 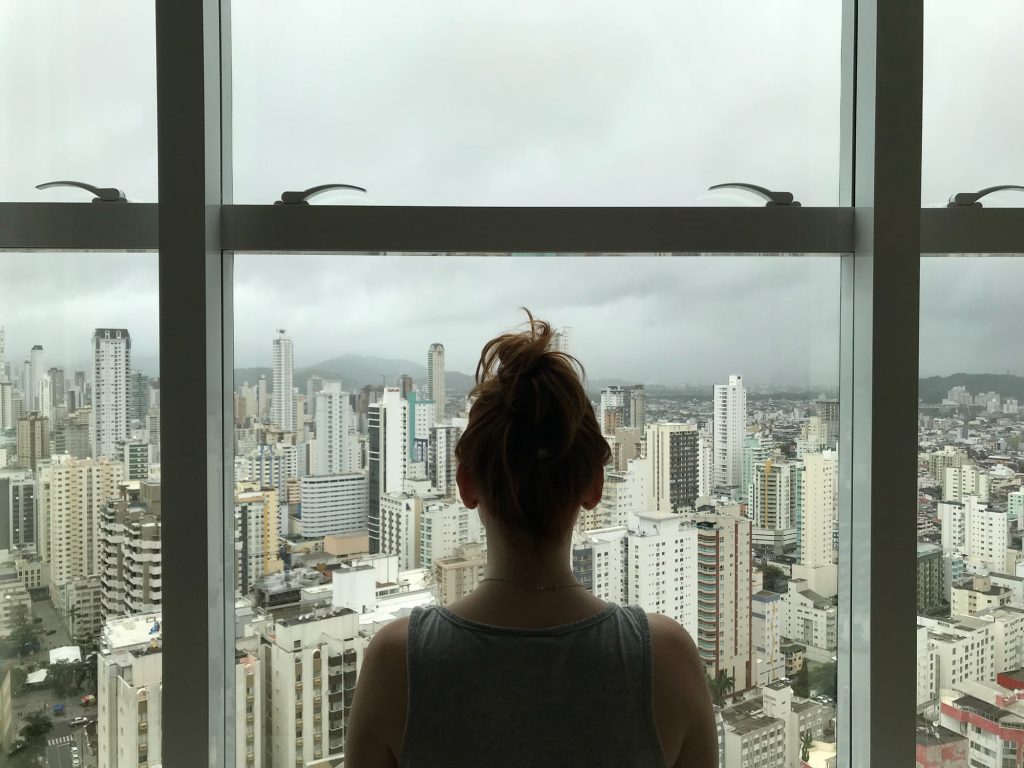 Be smart, play safe and have fun

We are not all lawyers nor are we familiar with all the intricacies of the law. Therefore, it is important to do your research thoroughly before participating in activities that may have legal consequences.

Remember that many laws are particular to specific regions. No one wants to get in trouble with the law because of their sexual kink. That simply goes against our sexual liberty and freedom that we’ve all so bravely fought to uphold.

Make sure that you know what you’re getting yourself into, ask around, and don’t get involved in something if you are not feeling 100% comfortable with it. Make sure that the benefits outweigh the possible repercussions and as always, play safe & have some goddamned fun people!